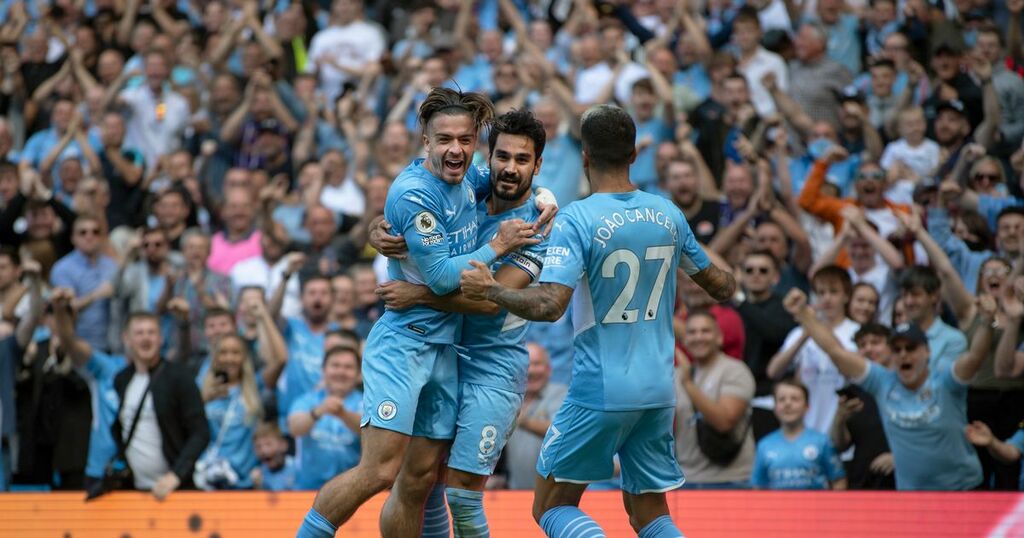 Manchester City will be going in search of a third successive Premier League victory when they travel to the King Power Stadium to face Leicester City on Saturday afternoon.

After suffering an opening day 1-0 defeat to Tottenham Hotspur at the Tottenham Hotspur Stadium, City responded in the best possible way, registering back-to-back 5-0 home triumphs over both Norwich City and Arsenal.

The wins over both Norwich and Arsenal sent out a timely reminder of what they are capable of after they had come under criticism for failing to land a new striker to replace Sergio Aguero.

But having enjoyed five-goal hauls against both Norwich and Arsenal, a trip to Leicester, who have won two of their opening three games themselves, is likely to be a much sterner challenge for Pep Guardiola's troops.

But how do the pundits think City will get on against the Foxes?

"As I speak, Manchester City are still hoping they are allowed to play Brazil duo Ederson and Gabriel Jesus but I'd still fancy them here without those two, even though it would mean third-choice keeper Scott Carson stepping in because Zack Steffen is also unavailable," Lawrenson said.

"Leicester have got a bit of history against Pep Guardiola's Manchester City, including beating them in last month's Community Shield, but the Foxes will face a different animal this time."

"I like Leicester City – they’re always going to give you a very good game," Merson said. "Manchester City are on another planet, however, and are the better team at the moment.

"My prediction could backfire, though – Brendan Rodgers is an excellent coach and they have caused Pep Guardiola a few problems in the past. It will likely be a tight game but if Manchester City do tick, I’m not sure how you can stop them.

"Traditionally, this has been a tricky fixture for Manchester City," Owen admitted. "The Foxes came out on top in the Charity Shield at Wembley last month, so I think Brendan Rodgers will be quietly confident his side can take something.

"City on the other hand have dished out two severe beatings to Norwich, and most recently, Arsenal. Their opening day defeat to Spurs feels like a distant memory now, with any concerns about lack of goals in the team squashed in those matches.

"Whilst I think Leicester will score here, I reckon City have the bit between their teeth. Jack Grealish is really growing into his new role, and I think he could make things happen in a City win."