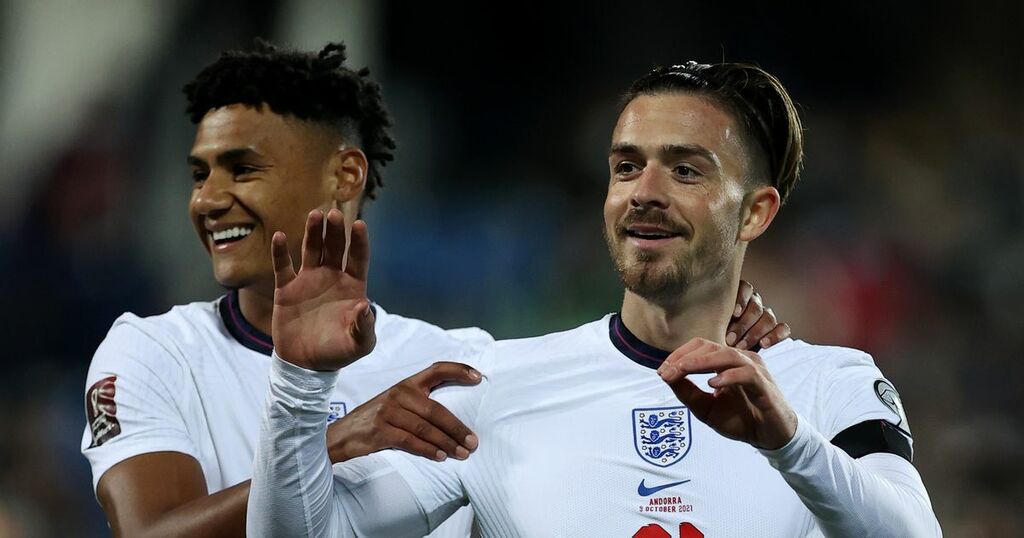 Jack Grealish still had a lot to do before firing home his first ever England goal during a lively cameo vs Andorra.

That's the verdict from ex- Premier League striker, Jermain Defoe, who lauded the Manchester City playmaker after watching him make a telling impact from the bench.

Grealish was rested by Gareth Southgate for the Vella test as his City teammates John Stones and Phil Foden were chosen from the start.

Kyle Walker and Raheem Sterling were also kept on ice for the impending Wembley showdown with Hungary.

A marquee signing from Aston Villa during the summer transfer window, the £100million man has settled in quickly to life at the Etihad Stadium - and has also emerged as a first-choice for Southgate and the Three Lions on the back of his Euro 2020 exploits.

Until this stage, though, the 26-year-old had yet to open his England account.

Winning his 16th cap against the European minnows, the former Villa captain took full advantage of some quick-thinking from goalkeeper Sam Johnstone, who threw to Grealish on the halfway line and watched on as the City sensation did the rest with a trademark, swashbuckling run and finish.

Defoe spoke about that moment while on punditry duties with Roy Keane in the ITV studio.

How many goals/assists will Grealish provide for Man City this season? Have your say in the comments section below.

He said: "He still had a lot to do, it became three on three, came inside so strong again and the finish was brilliant. I always say that, when you get into those positions and you can't go past the defenders, if you shift it the defender has to block it.

"Then their legs open and, obviously, the goalkeeper can't see it."

Defoe added: "Even with the touch, the touches are so good, he [Grealish] rides tackles, physically so strong, that's why he wins so many free-kicks."

Ben Chilwell, Bukayo Saka, Tammy Abraham and James Ward-Prowse were also on target during the 5-0 win.