Pubs and restaurants book up ahead of lockdown's end 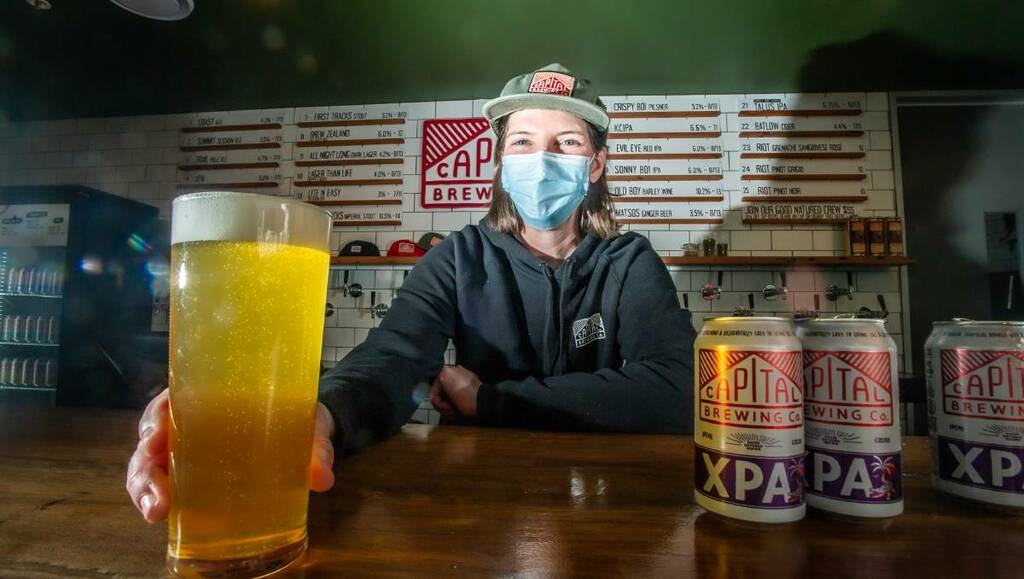 Some Canberra venues will start charging a redeemable booking fee to help them make the most of the city's staged reopening on Friday.

Pubs, restaurants and cafes will welcome back customers at the end of the week under strict operating guidelines to limit risks to customers and staff.

Phones have been ringing off the hook with customers wanting to book tables as Canberrans get ready to emerge from more than two months of lockdown.

Capital Brewing in Fyshwick has almost all its weekend slots booked out for the next month, but has introduced a $50 booking fee to mitigate the risk of no shows.

Others, including Edgars at Ainslie, will charge a cancellation fee for people who book a table but don't show up.

ACT government guidelines means Capital Brewing will have a capacity of 50 people in the beer garden despite having has a licence for 998 people.

Co-owner Laurence Kain said strict limits were part of the reason Capital had recently converted a storeroom into an outside bar.

"We knew that this COVID thing was going to hang on, and it's much safer for everyone to be served and to be seated outdoors," he said.

While al fresco dining starts Friday, Capital will keep its indoor areas shut off for the next couple of weeks until rules change to allow higher-density patronage.

As part of the roadmap out of lockdown, the ACT government will incentivise outdoor dining by encouraging businesses to apply for an exemption to allow it.

Mr Kain said it had not been made clear what would be required of Capital should it be identified as an exposure site in the future. He added he believed the slow steps out of lockdown were necessary.

Strict caps on numbers have not been without their critics in the industry. The Australian Hotels Association's ACT general manager, Anthony Brierley, has warned many hospitality businesses won't be open for weeks.

Public Bar in Manuka will stay shut for the time being. Owner Frank Condi said 25 people inside wouldn't be much of a vibe for patrons, and wouldn't cover costs.

On the other side of town, Mr Condi's Ainslie venues will welcome the return of sit-down service from Friday. Edgar's will be open daily from 7am, while the Inn, Wakefield's and Mama Dough will open for dinner.

Bookings will be required at all venues, and operators will attempt to prevent last-minute cancellations by charging a fee for those who bail at the last minute.

Mr Condi did not hesitate when asked if the idea of operating under the coming limitations made him nervous.

"100 per cent," he said. "It's not realistic to be limited to these numbers and try to run a business. But we have to open up at some stage, and we have to get the ball rolling. We've just got to roll with the punches and get it done."

Mr Condi said while extending takeaway offerings had kept them afloat over the lockdown period, the venues needed customers on seats to make a profit.

"One of our chefs made a comment the other day, 'I just can't wait to put food on a plate instead of food in a box'," Mr Condi said.

Capital Brewing says keg orders are coming "in the truckloads".

"The bounceback we've had in Sydney has been phenomenal, like the keg volumes have just been huge," Mr Kain said.