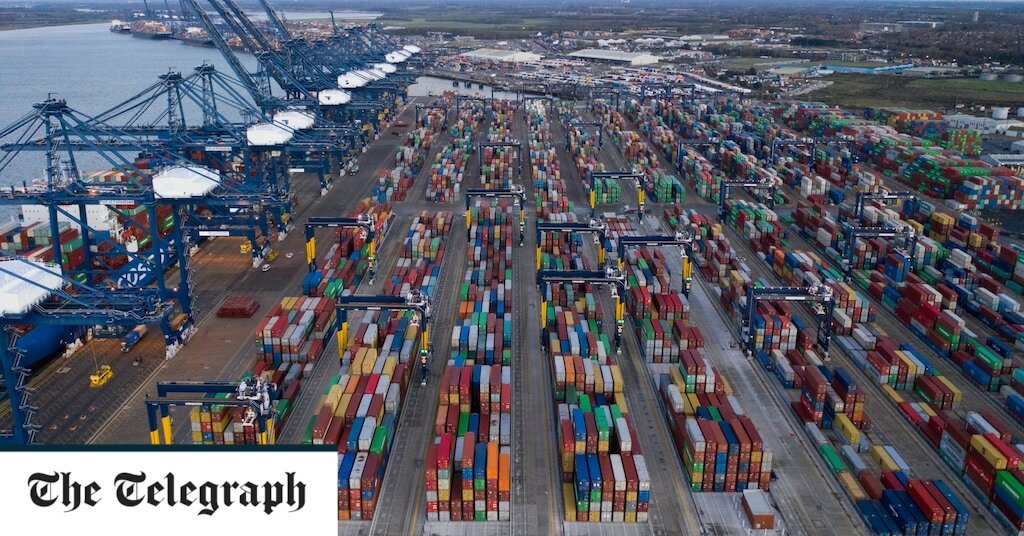 The public have been urged to shop "as normal" for Christmas amid concerns the HGV crisis could lead to toy shortages.

A lack of lorry drivers has led to a buildup of cargo at UK ports, with the UK's biggest port of Felixstowe seeing shipping containers being diverted elsewhere.

Panic buying during the pandemic and the HGV drivers shortage has led to supermarket shelves being left empty and hours-long queues for petrol.

The most recent worry is Christmas toys, but Co-chairman of the Conservative Party Oliver Dowden insisted the Government was "working through these challenges".

He told Sky News: "There is though clearly a challenging problem, particularly with HGV drivers, not just here, it's across Europe.

"Poland, US, even China has this challenge, that's why we've been taking steps to address it, whether it is, for example with training, 5,000 more places for training HGV drivers, making the process more flexible. We're working through these challenges to address them."

He added: "The Government is very much seized of these challenges and is getting on with the job of addressing them... We need to get the skills here, have those higher-paid jobs."

Asked about potential Christmas shortages, he said: "The situation is improving, I'm confident that people will be able to get their toys for Christmas. Some buy people buy very early for Christmas, my wife is quite an early Christmas buyer, others buy later. I would say just buy as you do normally."

Asked if Father Christmas would visit, Mr Dowden said: "Yes, I have children myself and they can be (comfortable) on that front."

Peter Wilson, managing director at Cory Brothers shipping agency, said problems affecting shipping and transport is a global issue but added the UK has a "significant pinch point around HGV drivers and the demand on them to move goods from the ports".

He told BBC Radio 4's Today Programme: "That's a really significant issue for us here in the UK."

Asked if it will affect Christmas, he said it has the "potential" but stressed that the supply chain "will not fail in the UK", adding that consumers should "be sensible, think ahead, plan appropriately, and order your Christmas goods and the items that you need in a timely fashion to ensure that you have them".

Mr Wilson said there is a potential that some items may not be available nearer to Christmas, and when asked what items are most at risk of that, he said: "It's a real mix. We import so much into the UK by container on these shipping lines, so it's from white goods to your Christmas toys, and we include food goods with this as well, so it could be a real mixed bag of all items.

"But I think you know, Christmas, the toys, the goods will be the significant big selling point as we build up to Christmas and I think that's where we're going to get pinch points."