Translink public transport strikes NI: Dates, advice and everything you need to know

Translink workers rejected a pay offer from the company last week and announced it would go ahead with previously suspended strike action.

It means Northern Ireland's entire bus network will be brought to a halt, with no services operational from May 17 to May 23.

The strikes will encompass a complete shutdown of bus routes, while trains will remain operational.

What form will the industrial action take?

Bus drivers, cleaners and shunters from Translink have voted for NI-wide strikes through their trade unions.

It means no buses will operate for that entire week.

Trains will continue to operate as usual.

It's part of a dispute between workers and Translink over pay, with unions rejecting Translink's latest offer on Monday.

What about transport for schoolchildren?

The strikes mean there will be no public school buses running.

Parents have been advised to arrange alternative travel for their children to ensure they are able to attend school.

The strikes are also happening in the same week that some pupils sit their AS and A Level exams, with some of them sitting them for the first time in person.

Parents have previously told Belfast Live "the stress is unreal" as they and their children try to sort through the situation.

What is the advice for those who commute to work?

The Department for Infrastructure has advised those who can to work from home where possible.

"The Department would encourage people to work from home where possible or to consider other sustainable travel methods, including walking, cycling and car sharing," a spokesperson added.

"Translink will ensure that information on public transport services during the industrial action is communicated to passengers through the media, on their website www.translink.co.uk , through social media, in stations, and on buses and trains. All train services will continue to operate as normal."

How are bus lanes affected?

The Department has also advised that bus lanes will operate entirely as normal.

"It is intended that the bus lanes will remain operational during the industrial action," they added.

"The bus lanes will remain open for cyclists, permitted taxis and operating buses."

What have Translink and the unions said?

Translink has said it "exhausted all options" during negotiations with the trade unions Unite and GMB over pay and conditions.

“All train services will continue to operate as normal," a spokesperson said.

“We will communicate relevant passenger information through the media, on our website www.translink.co.uk, through social media, in stations, and on buses and trains.

“Translink apologises for any inconvenience this may cause."

Both GMB and Unite the Union said their workers needed help facing the cost of living crisis.

"The dispute, which affects bus drivers, cleaners and shunters, will close the entire bus network within Northern Ireland. It will be a complete shutdown," said GMB's Peter Macklin.

"The employers have to grasp that with inflation reaching levels unprecedented in a generation, these workers deserve pay that protects them from the living costs crisis and they have Unite’s full support as they take strike action," said Unite's Sharon Graham.

Read more: 'Complete shutdown' of bus services to start at the same time as A-Level exams 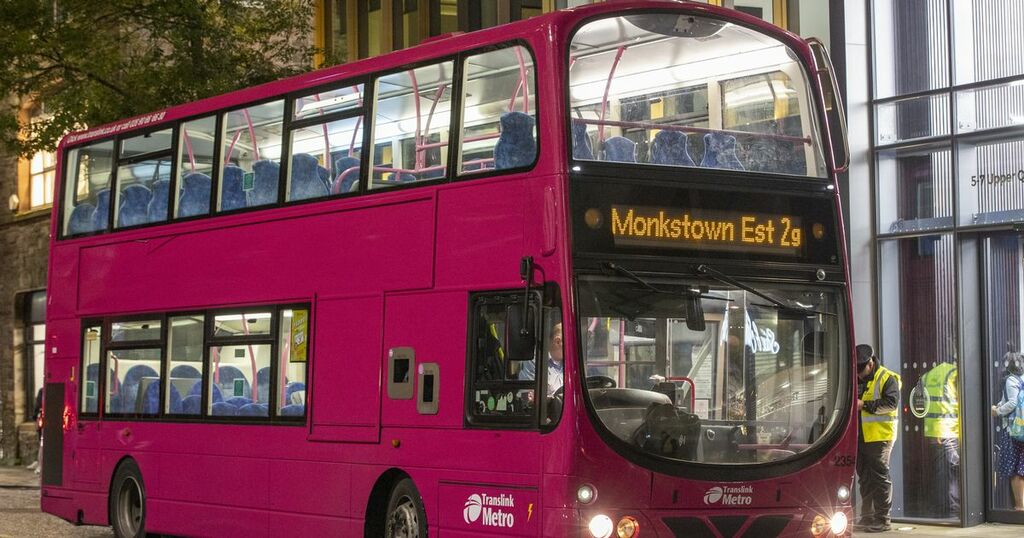 Major disruption expected as Northern Ireland strike will see "complete shutdown" of bus networks
There has been widespread criticism over the timing of this strike as many pupils are due to sit their GCSE,…

Staff were due to start industrial action on Tuesday, May 17

The industrial action will take place for seven days, starting next week and will include drivers, cleaners and shunters