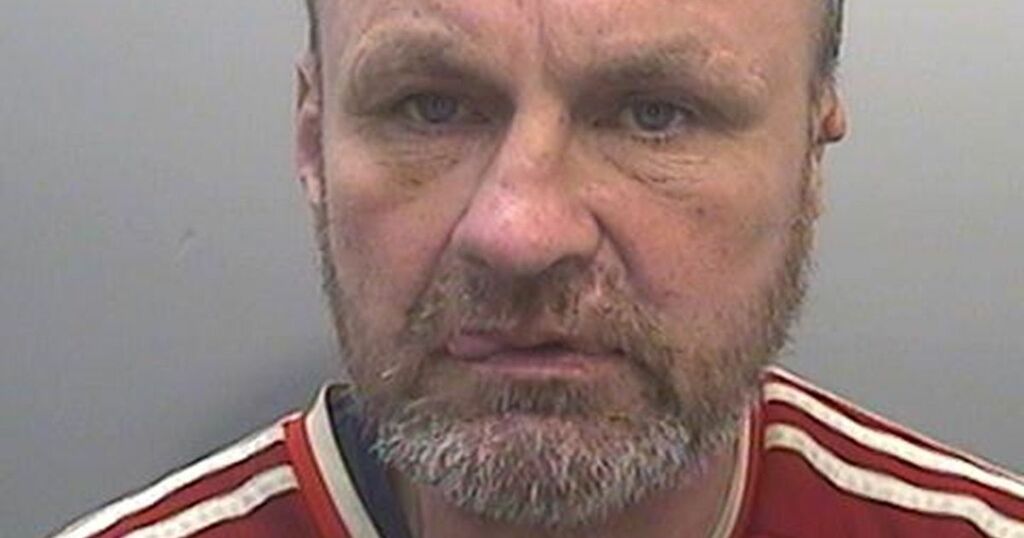 A "walking public nuisance" spat at and threatened a father who told him to stop fighting as he was ruining his daughter's birthday party.

Andrew Lewis, 54, also threatened to burn down the home of his victim's mother following a confrontation between the two in Tonyrefail on September 26 last year.

The defendant was fighting with another man on the floor outside the Waterton Hotel when he was approached by Richard Davies who had been celebrating his daughter's birthday at his mother's house nearby. After Mr Davies told the men to stop fighting and to leave the area Lewis became aggressive and used racially offensive language against him.

A sentencing hearing at Cardiff Crown Court on Tuesday heard this was not treated as a racially-aggravated offence as Mr Davies is white.

Prosecutor Tom Roberts said Lewis attempted to provoke a fight and told Mr Davies to hit him before spitting at him. When the victim entered his mother's house Lewis punched the window with such force it made a loud bang and frightened the children inside the house.

The defendant continued to use racially offensive language and threatened to "burn down" the house and the one next door to it.

The police were called and Lewis was arrested at the Waterton Hotel where he was staying. He claimed he had been the victim of an unprovoked assault and "lost his cool" when confronted by Mr Davies.

In a victim personal statement Mr Davies said the incident made him concerned about leaving his children with his mother due to the defendant's threat and said the incident put a "dampener" on his daughter's birthday.

Defence barrister William Bebb said his client was "apologetic" and had no intention of carrying out the threats he made on the day of the offence.

Sentencing, Judge Michael Fitton QC said: "You're 54 but you behaved like a drunken 25-year old. You are a walking public nuisance and a disgrace to yourself and anyone who knows you."