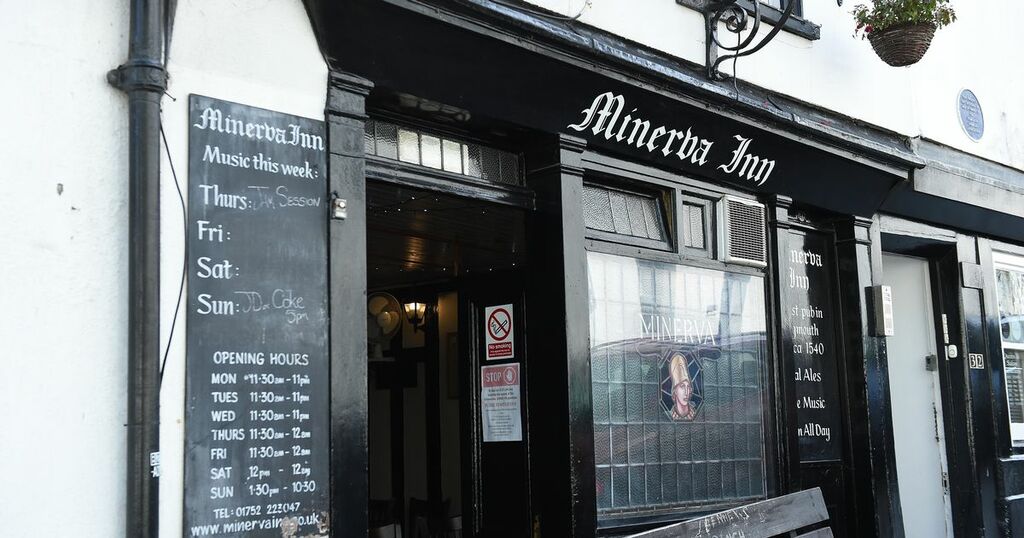 A pub landlord has explained why he has made the decision to turn away unvaccinated customers.

Martin Jones, landlord at the Minerva Inn, feels his decision is justified because he is trying to protect his elderly, potentially vulnerable, clientele - who have stayed with the business throughout the pandemic.

However, the decision is not without criticism. One disgruntled customer said he felt mistreated as the only reason he had not had both doses of the jab was his age.

He said: “We saw an a-frame outside the pub which said something along the lines of unless you can prove you’ve been double-jabbed, you can’t come in.

“That was a bit rubbish, because the sole reason I’m not double-jabbed was down to my age. We left, we didn’t make a fuss, but the more I thought about it, the more it bugged me.”

According to the Plymouth pub the decision was made based on human rights.

The frustrated customer continued: “I went on their Facebook page and left a review explaining that unless you’re double-jabbed you’re not welcome here.

“I was thinking about people who can’t have the vaccine, due to medical conditions, they’re not welcome there.

“The other side of it is all these university-age young people who are sacrificing not going out, having to deal with their uni work from home.

“They sacrificed that so that the elderly could get vaccinated, and as soon as that’s happened, this person seems to be going around saying you’re not welcome here.”

Landlord Martin Jones revealed he had looked into the legality of it, and says as far as he can see, in terms of equality law, he isn’t breaking any laws.

He refers to equality law, outlined on the Equality and Human Rights Commission website, which states: “If you set standards of behaviour for your customers or clients which have a worse impact on people with a particular protected characteristic than on people who do not have that characteristic, you need to make sure that you can objectively justify what you have done. Otherwise, it will be indirect discrimination.”

Martin said if he thought he was discriminating, and breaking the law, he would change his policy, however for the time being, he says the double-jabbed policy will stay, at least until the rates of Covid-19 start to drop significantly in the city.

Speaking to PlymouthLive, Martin said: “The reason behind it is that a lot of our regulars are, I would say, 55 plus, on average.”

“When things opened back up, they said they didn’t want to come back if there was loads of youngsters there not double-jabbed, not protected.

“We know that being double-jabbed isn’t the be all and end all. It isn’t going to be 100% accurate, but it’s more of a certainty than not being jabbed at all.”

Martin also said that his policy isn’t dissimilar to what Boris Johnson and his government have been discussing with regards to vaccine passports.

Martin continued: “I know one person has said it was discrimination, which it might be, but I’ve looked into it legally, and as long as there is an objective justification to doing it, you can legally do it.

“It’s only a temporary measure, there’s a justification for it, it’s for the welfare of the customers and the welfare of the staff. I don’t like turning people away, but our regulars are the ones who turn up week in week out, and they’ve supported us throughout the pandemic.

“They’re also the ones who were concerned about getting Covid, so we wanted to look after them. This is a short-term measure, and I’ll change things when the figures start coming down properly, but as things stand the actual Covid rates are still relatively high.

“We don’t want to turn people away, that’s the last thing we want to do, but we’re looking after our regular customers, who were concerned about the lifting of the restrictions. We’ll keep this under review going forward. This isn’t beneficial to us as a business, we’re actually losing business because of it.”

It comes as a health minister has been urged to “rediscover the courage of his own convictions” on vaccine passports after previously labelling the idea “discriminatory”.

Nadhim Zahawi was reminded of his former opposition to the passport concept as Conservative MPs voiced concerns over the proposal.

The government has confirmed it intends to press on with plans to introduce vaccine passports for nightclubs, an idea which has previously been met with criticism from MPs in both main parties, by the end of September.

The scheme would see members of the public required to show proof they have had two doses of a Covid-19 vaccine in order to gain entry to clubs and other large-scale events.

Mr Zahawi said concerns over the “potential of self-testing fraud” is among the reasons for the shift away from access to a venue based on a negative Covid test.