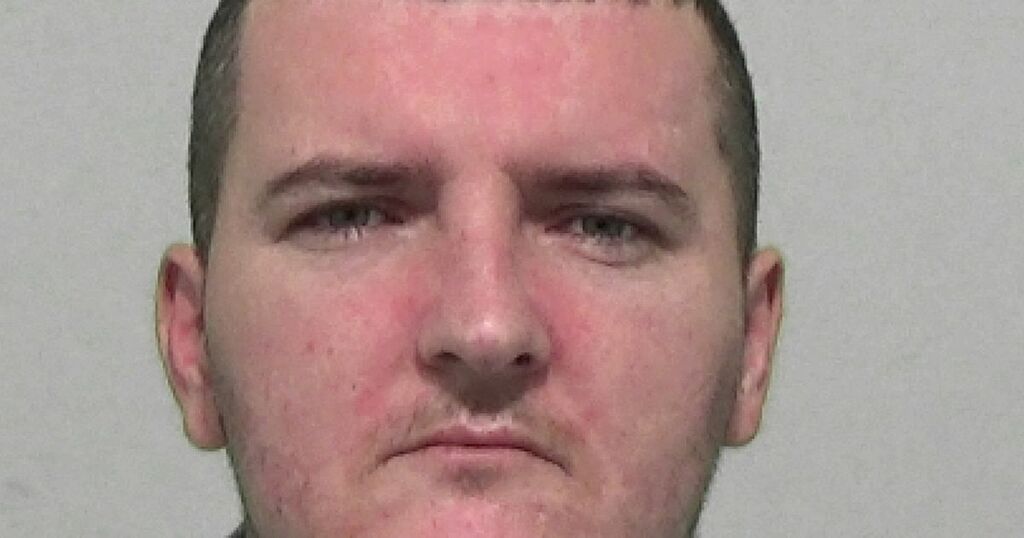 A pub peacemaker was brutally stabbed by a cowardly thug as he tried to prevent trouble when banter turned nasty.

There was a good-natured exchange between a group of men and an older man, who said one of them had an effeminate voice and questioned his gender.

While most of the group took it in good humour, Daniel Barnes took exception and began shouting aggressively and threatening violence and was joined by a pal.

Paul Mutch, who was in the pub, was concerned and asked them to stop threatening the much older man.

Newcastle Crown Court heard he stood between the men and the older man and his daughter to act as a peacemaker and protect them.

CCTV shows a man in an orange jacket, who was in Barnes' group, punch Mr Mutch hard in the face and others then join in the violence on him, although not Barnes at that stage.

Kevin Wardlaw, prosecuting, said the initial attack came to an end but then Barnes approached Mr Mutch and said either "you are going to get cut up" or "put up".

The footage shows him pull a long knife out of his pocket and Mr Mutch punches him in self-defence and appears to get the better of him.

But witnesses saw Barnes raise the knife into the air and bring it down quickly in a slicing motion, connecting with his face, then stab him in the side.

Mr Mutch was left with stab wounds to his chest, shoulder, forearm and hand - which left him unable to move his ring and little finger on his left hand.

He needed surgery, the muscle in his hand and wrist was partly divided and the tendons and nerves were cut, the wound to his forearm was down to the bone, which was visible, and he had to have a chest drain.

In a victim impact statement, he said: "I'm in complete shock I have been attacked with a knife and I can't believe another man would try to seriously hurt me because I tried to stop a silly argument in the pub.

"I could have been killed If I had not been able to defend myself.

"My life has been altered for the foreseeable future and this has caused an impact on my elderly mother, who has been beside herself with worry and very upset."

Mr Mutch added that the attack had adversely affected his mental health.

He said: "I count myself lucky to be lucky to be alive after the attack and the injuries I received.

"It could easily have been a different outcome, especially where I was stabbed in my chest."

Barnes, 34, who has 45 previous convictions, including for violence, pleaded guilty to wounding with intent and possessing a bladed article and was jailed for five years.

Recorder Shakil Najib told him: "It's by sheer luck you stand here being sentenced for wounding with intent rather than murder or manslaughter.

"The outcome of that fateful night could have been very different.

"You had a large kitchen knife with you. You had no reason to be carrying this at all. You didn't just carry it, you used it, you slashed and stabbed Mr Mutch and he suffered serious injuries.

"It's only by sheer luck he is alive but his life has been changed forever.

"Mr Mutch got the better of him when he was confronted with a long knife, he defended himself very very well."

Mr Ward added that Barnes has a child and said he has "two characters".

He added: "While he was running away from the police he fell very badly and broke his leg and sustained a head injury."