Pub gunman shot twice in the chest with his own weapon 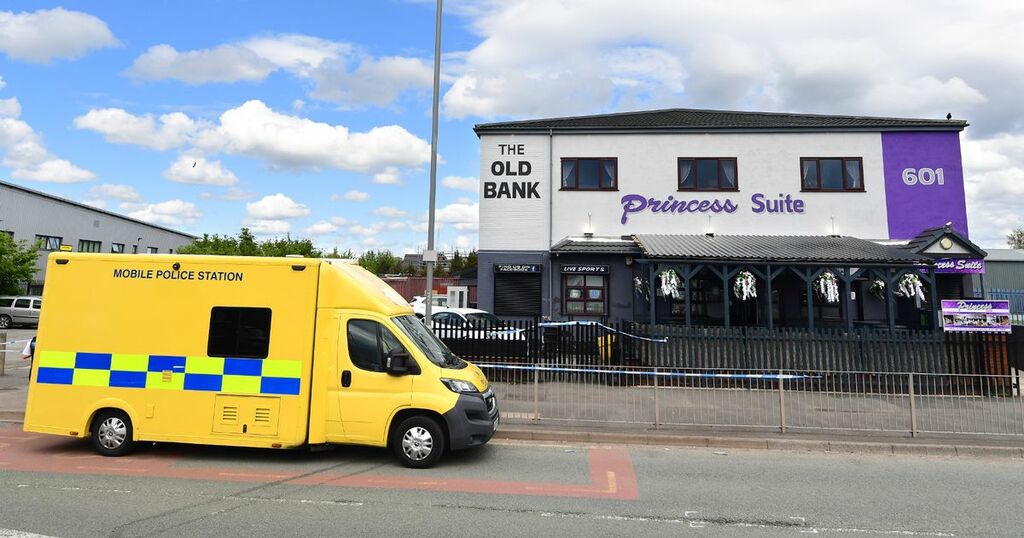 A man wounded in a pub shooting disarmed the gunman and shot him twice in the chest, a court heard.

Prosecutors say Alan Roberts wrestled a gun from James Freeman then fired at him while he was on the floor and "no longer a threat".

But Roberts - who was hit in the groin by fragments of a bullet - denies attempted murder and argues everything he did was in self-defence.

A jury today heard Freeman, 24, armed himself with a loaded gun and went looking for Roberts, 29, at the Old Bank Pub in Page Moss.

Freeman, of Pennard Avenue, Huyton, has admitted wounding with intent to cause grievous bodily harm and possessing a firearm with intent to endanger life.

Roberts, of Heyes Street, Everton, who denies those offences and attempted murder, today went on trial at Liverpool Crown Court.

David McLachan, QC, prosecuting, played CCTV footage of the shooting, at the pub in Princess Drive, on the evening of May 17 last year.

He said Freeman was seen on an electric bike outside the Old Bank, "hanging around" looking for Roberts, who was over the road at McDonald's with his girlfriend, Chloe Price.

Roberts and Miss Price then headed to the pub, where they were seen standing in a patio area, at 8.17pm.

CCTV footage showed Freeman, wearing a black coat with his hood up and face concealed, approach the pub, just before 8.18pm.

Mr McLachlan said Roberts, in a blue jacket, looked towards Freeman and appeared "spooked", before he put his hood up and ran into the pub.

He said Roberts "waited around the corner" and "in essence hides behind the door", as Freeman went after him, holding a gun in his right hand, which was loaded with at least four bullets.

The prosecutor said footage showed Roberts "making a grab for that gun" and there was a "tussle", which spilled onto the patio area.

The court heard during this tussle the gun went off, with bullet "fragments" striking Roberts and entering his groin.

Mr McLachlan said Freeman had been "wrestled to the ground", with two customers "kicking him while he was on the floor".

The prosecutor said Roberts "eventually" disarmed Freeman, who had been "overpowered".

He alleged Roberts was then in possession of the gun and turned away, with his back to Freeman.

The QC said: "He appeared to be 'racking' the firearm, that is pulling back the slide to eject a misfired cartridge from it, and transferring an unfired cartridge into the magazine chamber, in other words to make it - for want of a better expression - 'good to go'."

He said Roberts turned back towards Freeman and that jurors would see two "muzzle flashes".

Mr McLachlan said: "James Freeman was lying on his back, having been overpowered. He was no longer a threat. Alan Roberts shot James Freeman twice in the chest at point blank range."

He said Roberts put his hood up and ran away with the gun in his hand, before "to add insult to injury, he rides off on James Freeman's electric bike".

The court heard Freeman also left the pub and fell before "stumbling off", as one local appeared to kick out at him.

He made his way past Huyton PDSA pet hospital to Barkbeth Road, where a resident initially thought he was drunk, but then called an ambulance.

Freeman was taken to Aintree hospital after suffering two gunshot wounds to the chest - leaving one bullet lodged in his lung and another near to his heart - and a swollen and cut left eye socket.

Mr McLachlan said there was no indication the bullets had moved or were going to and doctors feared surgery was more dangerous than leaving them in place.

Roberts attended Whiston Hospital with Miss Price and was found to have a gunshot wound to his left groin, near to his pelvic bone.

He was twice interviewed by police after being arrested on suspicion of possessing a firearm and attempted murder.

"I have not attempted to murder anyone at any time during this alleged incident. I wish to confirm that anything I did on the 17th of May 2021 was acting in self-defence having been shot by an individual armed with a firearm resulting in me sustaining a gunshot wound to the groin requiring hospitalisation.

"All I did during the alleged incident was use reasonable force to protect myself. I will make no further comment during this interview."

He answered "no comment" to all questions in the remainder of the first interview and the second interview.

Mr McLachlan said crime scene investigators went to the pub and recovered cartridge cases from three bullets and also a misfired bullet, all of which a forensic scientist said were fired from the same gun.

He told jurors Freeman went in "search" of Roberts with a loaded gun, intending to cause him really serious harm.

Mr McLachlan alleged that when the gun was "under his control", Roberts then attempted to murder Freeman.

The QC said: "The prosecution say it is not a case of him disarming James Freeman and taking the firearm and lashing it away, or doing away with it somewhere, or taking it out of harm's way.

"The prosecution say he took that gun under his control and then made use of that gun.

"As to the use that he made of it, you will see in due course the racking of the firearm, so as to clear the chamber of the gun, and turning to James Freeman - no longer a threat - to put two bullets into the chest of James Freeman, who was lying on his back. One of those bullets in his lung and the other lodged near to his heart.

"In short, the prosecution say count one, attempted murder, is that Alan Roberts intended to kill his adversary in that moment, James Freeman, and he made a very good attempt at it, by firing not once, but twice into his chest."