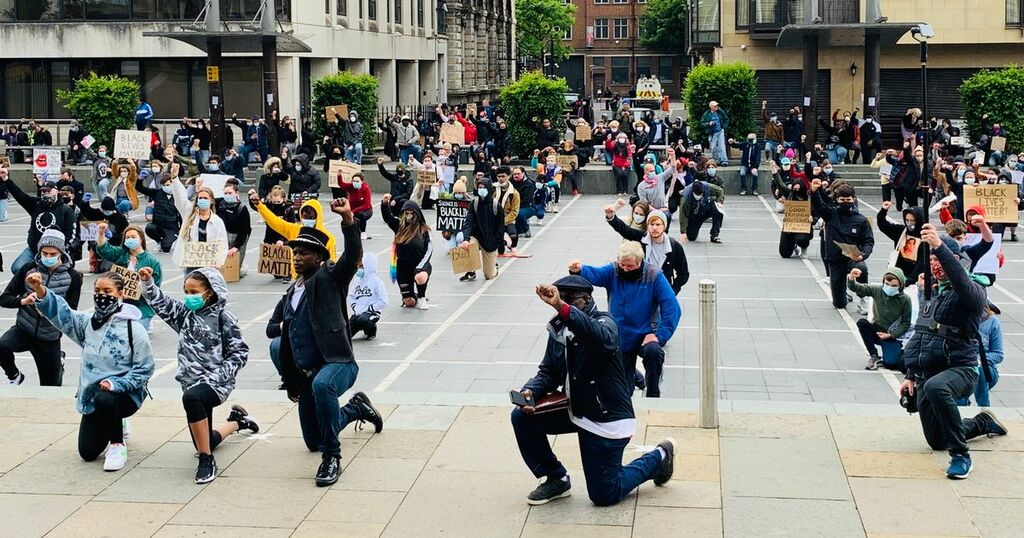 A senior police officer in charge of the PSNI’s hate crime strategy has told how he was called “institutionally racist” in the wake of the BLM protests.

But Chief Superintendent Gerry McGrath says he is working to build bridges with Northern Ireland’s minority communities including a series of events within the PSNI to mark Black History Month.

The veteran officer describes the wake of the policing operation during the protests - at Belfast’s Custom House Square and Derry’s Guildhall - as a “low point” and a “difficult time” for both officers and the communities who felt they had not seen even-handed policing.

The ‘Strategic Lead For Hate Abuse’ told Belfast Live it is crucial minority communities are confident in reporting incidents to police, adding his own research shows that around 88% of hate related incidents go unreported.

Rising numbers of reported hate crimes, he adds though, is a “good news story because more people have the confidence to come forward”.

He added: “Those increases don’t frighten me, they reassure me that more people are able to speak to us.”

The Chf Super. says to paint a “true picture” of the extent of hate incidents he wants people to ring 101, 999 or go to Crimestoppers - “and help us build a narrative of what’s actually going on”.

He added: “It’s just not acceptable for people to put up with racial abuse in crowded spaces, on public transport, in fast food takeaways, anywhere and we want people people to contact us about these incidents.”

People who are the victim of hate abuse, Chf Super. McGrath adds, are often targeted repeatedly and can do little to change the reason they are targeted like wearing a hijab, the colour of their skin or a disability.

At the minute, he adds, “we are no where near getting the true scale of how often this happens”, adding many victims of other crimes do “not have the same fear of repeat victimisation”.

Asked what affect the BLM protests controversy had on confidence in police, Chf Super. McGrath said: “I understand the rationale and decision making around the Covid regulations and public health guidance, but it’s the inconsistent approach that came out after the reports. We didn’t take the same approach the weekend after with the ‘protect the monuments’ protest and that’s where we had a massive failure in terms of treating everyone with the courtesy, fairness and respect we have as a badge that we’re proud of in the PSNI.”

He added: “I’ve met with the organisers of both these events in the Guildhall and in Belfast and been called institutionally racist. It was extremely difficult for me to hear that after 25 years of service.”

A Police Ombudsman investigation into a complaint of ‘race discrimination’ around how police handled the June 2020 protests is ongoing. Marie Anderson is looking into “allegations of inconsistencies” in how the PSNI dealt with the Black Lives Matter protests compared to the funeral of senior republican Bobby Storey. In August it was announced that fines issued at the two protests by the PSNI are to be refunded.

Chief Superintendent McGrath says that in a bid to resolve the breakdown in relationships, a number of minority group representatives are to take part in a panel debate within the PSNI as part of Black History Month. He added that some of those attending were involved in the BLM protests, one of whom has told him she was “traumatised” and made to “feel like a criminal”. “That was really hard to listen to”, he adds.

The ongoing Black History Month includes four ‘key events’ internally in the PSNI, with CS McGrath adding police are “not doing this for public consumption”, “It’s about us saying those voices matter”.

He adds: “We are about building trust and confidence of those who matter to make sure when we get a victim who’s vulnerable, who’s been several times physically or verbally abused - when they make that first report we get it right. We have to support them, identify support agencies available and if they choose to go all the way to support them.”

Chf Super. McGrath insists “we’re in a much better place now”, adding the “pain we’ve been exposed to has helped us reflect and to learn”.

The BLM protest aftermath was a “low point”, but now there is a “heightened sense of awareness” which has “made us reflect”.

For details on how to report a hate crime visit www.psni.police.uk/crime/hate-crime/.