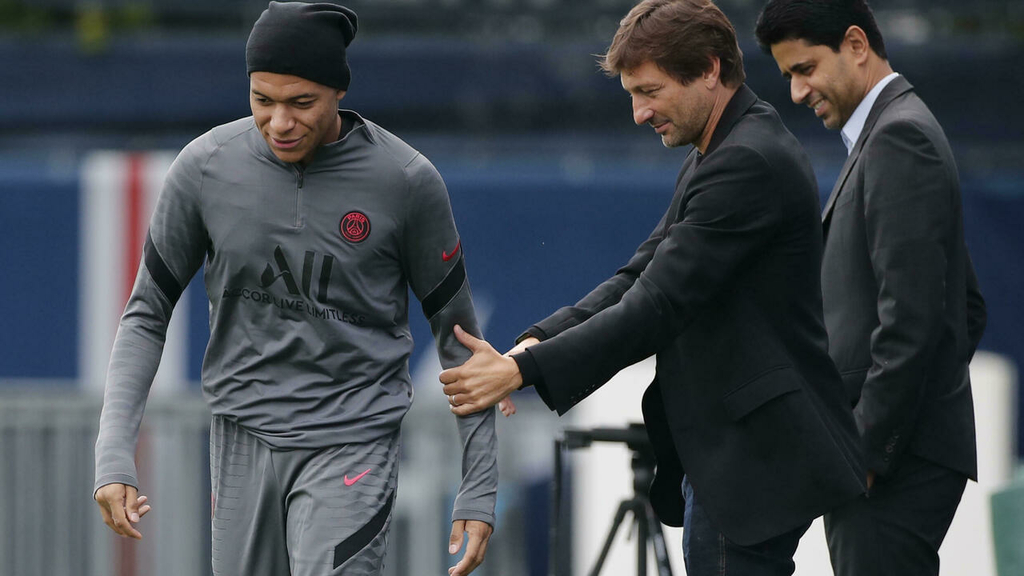 Perez on Tuesday told Spanish media that he hoped the future of the long-time Madrid target would be sorted out early in the new year when he will be free to negotiate a new contract with other clubs.

Leonardo, PSG's sporting director, reacted with fury to the overt wooing.

"This latest statement is just a continuation of a lack of respect towards PSG and towards Kylian," Leonardo told the French sports newspaper L'Equipe.

"This has been going on for two years. I think I should remind everyone that the transfer window is closed and the season is well underway.

"Real Madrid can't keep on behaving in this manner. They have to stop this. Kylian is a PSG player and we want to keep him here."

In August, Madrid offered 160 million euros for the services of the 22-year-old France international whose contract with PSG ends next June.

In an interview with L'Equipe earlier this week, Mbappé said he wanted to leave for Madrid during the summer because he wanted PSG to get a transfer fee for him.

"Before the European championships I told PSG that I didn't want to renew my contract," he said.

"After the Euros I said I wanted to go. My aim was for everyone to get the best deal and that we could all be dignified and that PSG would get enough time to find a replacement."

He said he accepted the club's decision not to sell him.

PSG executives regard a strike force comprising Mbappé, Neymar and Lionel Messi as a dazzling trident in their quest for the Champions League crown.

Since the Qatari-based QSI group took over the club in 2011, PSG have racked up seven Ligue 1 championships and six Coupe de France triumphs. There have also been six Coupe de la Ligue titles as well as eight French Super Cups.

But European club football's most glittering jewel remains absent from the trophy room at the Parc des Princes.

Over at the Santiago Bernabeu, 13 European Cups adorn the cabinets and Mbappé would be expected to lead Real to a few more during what would be his prime.

"I felt that my adventure had come to an end at PSG," Mbappé told L'Equipe. "I wanted to discover something new after six or so years playing in France."

The 2018 World Cup winner hinted though that he could stay in the French capital.

"I've been in football long enough to know that things can change from day to day," Mbappé said.

"If someone had told me that Messi was going to play at PSG ... I would never have believed it. So you really don't know what's going to happen."