Paris Saint-Germain sporting director Luis Campos gave Kylian Mbappe and Neymar a dressing down after a feud emerged over who should be taking penalties.

Christophe Galtier is the new PSG boss to replace Mauricio Pochettino while Luis Campos has been appointed to oversee transfers following the exit of sporting director Leonardo. They are now working together to prioritise greater discipline within the squad away from the pitch.

Tensions within the squad resurfaced this weekend as Mbappe and Neymar clashed over who should take the side's second penalty in their 5-2 victory over Montpellier in Ligue 1, with the Brazilian later 'liking' posts on social media that were critical of his teammate and his new contract at the club.

It comes less than a month after reports surfaced that Lionel Messi and Mbappe are in 'conflict' over the future of teammate Neymar after the Frenchman supposedly raised concerns regarding the Brazilian's lack of discipline and fondness of the Paris nightlife.

There is reportedly an element of rivalry between the two superstars at the Parc des Princes relating to the status of Neymar at the club while multiple reports last season outlined the depth of the dressing room split. A constant theme in recent years at PSG is a lack of discipline and meaningful leadership in the ranks.

Mbappe opted to sign a three-year contract extension with the Ligue 1 champions earlier this summer, with reports claiming that the striker would hold great sway in the club's sporting decisions as part of the agreement to extend his stay at the Parc des Princes. Indeed, the appointment of Campos could be linked to Mbappe – the pair know each other from their time together at Monaco.

Have Your Say! Did Mbappe make a mistake by staying at PSG? Tell us what you think here.

This weekend's win over Montpellier saw Mbappe – who is the side's primary penalty taker – taking the side's first spot kick of the match, but his effort was saved. Galtier's team were awarded a second penalty later in the game, with Neymar picking up the ball despite Mbappe's efforts to take it off him, leaving the Frenchman frustrated.

Neymar subsequently decided to 'like' a number of posts on Twitter about Mbappe after the match. The first post liked by Neymar was from the Twitter account Portal Brasil, and featured the words: "Today, in the PSG game, Neymar scored and HUMILIATED the goalkeeper (once again) in the penalty kick. Mbappe, on the other hand, hit VERY badly and lost. After the game, the coach said that Mbappe will be the team's main hitter for the season. An absurdity."

The Brazilian 'liked' a second post from another account, which featured the comment: "Now it's official, Mbappe is the one who takes the penalties at PSG. Clearly, this is a contract thing, because in no club in the world that has Neymar, he would be the second collector, none!! It seems that because of the contract, Mbappe is the owner of PSG!!"

Neymar scored his penalty while Mbappe also found the net in the match, atoning for his earlier failure from the spot, but this latest episode makes it all too clear that there is still a battle of egos off the pitch at the Parc des Princes. 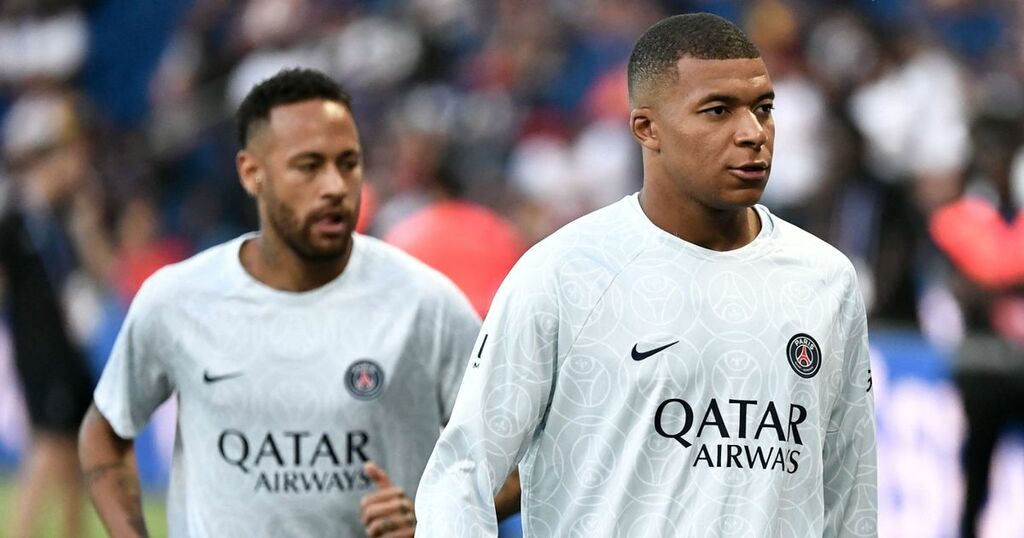 Daily Mirror
From analysis to the latest developments in health, read the most diverse news in one place.
Sergio Ramos ordered to step in as Kylian Mbappe and Neymar feud threatens dressing room

Kylian Mbappe was seen sulking during Paris Saint-Germain's 5-2 Ligue 1 victory over Montpellier on Saturday, appearing to stop running midway through a counter-attack

Neymar continued his outstanding start to the season with a brace while Kylian Mbappe marked his return to the team with a goal but also had a penalty saved as Paris Saint-Germain trounced Montpellier 5-2 in Ligue 1 on Saturday. Neymar rolled in a spot-kick to put PSG 2-0 up…

Asharq Al-Awsat
One place to find news on any topic, from hundreds of sites.
The Kylian Mbappe and Neymar timeline of woe as PSG superstars spark astonishing dressing room split