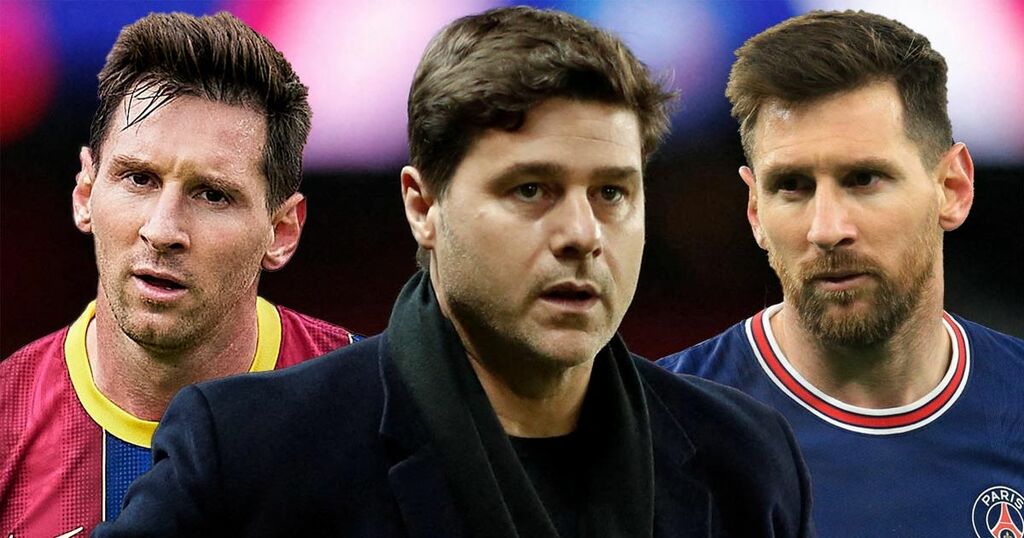 Things have not gone to plan for Lionel Messi at Paris Saint-Germain since his high-profile summer transfer from Barcelona.

The Argentine superstar did not start the season in peak fitness after an extended summer break and has been frustrated by niggling injury issues in his opening months in the French capital.

Messi may have scooped his record-breaking seventh Ballon d'Or title as he landed the 2021 accolade in November but on and off the pitch, his move has yet to go to plan.

The 34-year-old has found the net just once in Ligue 1 this season and has often appeared uncomfortable on the right side of a three-man attack in Mauricio Pochettino ’s side.

His relationship with his fellow Argentine has also appeared to be frayed at times and Messi has been criticised for being “disrespectful” towards his coach and club.

Have Your Say! Will Leo Messi lead PSG to Champions League glory? Tell us what you think here.

“The coach must be the strong man, the one who shows the real values.

“The only one who strongly respects him, in my opinion, is Kylian Mbappe and I do not sense anything with the other players.

“If you don't respect your coach then you cannot be successful.

“PSG has suffered a lot from this in recent years."

Those comments came after it emerged that PSG boss Pochettino only found out about Messi’s positive Covid test and subsequent quarantining through third parties.

Messi is said not to have kept either his coach or the club updated with his situation, as he isolated in his home city of Rosario in Argentina before returning to Paris last week.

It was not the first time that Messi appeared to demonstrate a lack of respect for the PSG boss.

Earlier this season, the superstar forward opted to snub Pochettino’s handshake after being subbed back in September caused an understandable furore, with the player hauled off due to a reported ongoing fitness issue.

Separate reports have claimed that Messi’s arrival has caused divisions in the PSG camp, with the previously inseparable Kylian Mbappe and Neymar now no longer close – with the club now divided between its South American contingent and Francophone players.

Messi’s qualities on the pitch are indisputable, but this is not the first time he has appeared to be difficult to manage by a coach.

A year prior to his move to the Parc des Princes, Messi was coached by Quique Setien at Barcelona.

Setien lasted just half-a-season at the Catalan giants and he later explained to El Pais that Messi was ‘difficult’ to manage.

"I think Messi is the best of all time," Setien said. "There have been other great players who have been great, but the continuity that this boy has had throughout the years has not been had by anyone.

"Leo is difficult to manage. Who am I to change him!

"If they have accepted him as he is for years and have not changed him.

"It's something inherent in many athletes that can be seen in the Michael Jordan documentary ( The Last Dance ).

"You see things you don't expect.

"He's very reserved but he makes you see the things that he wants. He doesn't talk much."

Setien’s successor, Ronald Koeman, did not appear to come into conflict with Messi but later described how influential the Argentine was in training and labelled him a ‘tyrant’.

Unsurprisingly, Messi’s status at Barcelona was unrivalled but not just in the playing squad but also among coaches – whose role at the Camp Nou was subservient to players in ways that it was not at other top clubs.

The group of club captains were the most influential individuals at the club and had a significant role in terms of training sessions and even how they would line-up for matches.

The dynamic of PSG has been different; the club have hired managers who they believed would exert control over the club and place their own stamp on the club – Pochettino succeeding Thomas Tuchel, who had replaced Unai Emery, signalled a succession of appointments of coaches with defined ways of playing.

Furthermore, the power structure within the PSG dressing room had a different dynamic – Messi left a squad that had been structured around him to one in which he was not a natural fit.

Last month, Messi’s former teammate and close friend Luis Suarez revealed how Messi was ‘suffering’ in the French capital and struggling to adapt.

For many, Messi is the best footballer of all time but is now in the autumn of his career and faces one of the biggest challenges of his career as he looks to reinvent himself in new surroundings.

Few can question the Argentine’s status among the game’s all-time greats, but his move to PSG has been a struggle so far and the club must now try to find a formula that allows Messi to re-find his top form.