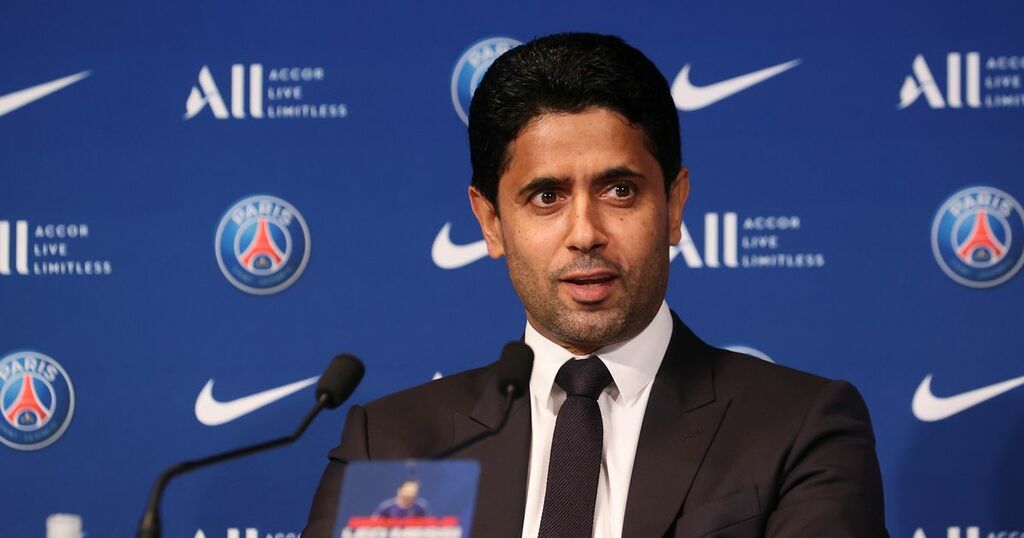 The future of elite football as we know it was thrown into doubt this April as 12 initial signatories - including those Manchester clubs - got on board with a breakaway proposal headed up Real Madrid president Florentino Perez.

Amid widespread backlash from supporters, other clubs and key figures across the game, that controversial reform was stopped in its tracks 48 hours after surfacing.

City and United - along with four other Premier League sides - came in for heavy criticism at the time and their relationship with supporters was dented as a result, forcing those in charge to issue a public U-turn on the initial stance that drew such a negative response across the board.

Al-Khelaifi momentarily addressed the ESL controversy during his first major speech after being appointed as the new head of the European Clubs Association (ECA).

During an ECA event in Geneva, which was attended by City and United representatives, he said: "I will not spend much time talking about the 'not-so-Super League' because I do not like to focus on fabulists and failures.

"Together we defended the interests of European football for everyone.

"We relied on the resolve and strength of president [Aleksander Ceferin], who stood up to the midnight coup. He said 'we will win' and we did. While the three rebel clubs waste energies, twist narratives and continue to shout at the sky, the rest of us are moving forward."

City and United were among nine initial signatory members who withdrew their interest in the ESL reform.

However, five months on from that controversial development, Spanish giants Barcelona and Real - in addition to Serie A side Juventus - have held firm on their desire to form a breakaway league.