Sony’s new PS Plus is set to launch in June (at least in North America), and the company has finally given a first look at the lineup of titles coming to the service. There are dozens of titles from across every generation of PlayStation, including a host of prominent PS4 titles like Ghost of Tsushima, Uncharted 4, Bloodborne, and more. There’s a good offering of classic titles as well. However, there’s one glaring hole in the lineup, which is a serious lack of RPGs from the PS2 and PS3 eras. In fact, the offering of PS2 games seems sparse in general, especially considering it’s still the best-selling video game system of all time.

The strangest part of the games lineup is that it actually doesn’t have any original games from the PS2, just remastered versions that have already been released on PS4. Why is Sony’s best-selling console not a major tentpole of the new service? Titles like Rogue Galaxy and Ape Escape 2 have already been available for years on PS4 as standalone purchases.

The PS Blog post notes that it’s an “early look at a selection of games,” but even so there’s a handful of PSX and PSP titles listed. This means that the new PS Plus is using some form of emulation, so non-remastered PS2 titles shouldn’t be out of the question. For fans looking to play a selection of classic games, there doesn’t currently seem to be much incentive past what’s already been on the PS Store for years.

Even past all that, there’s still a shocking lack of RPGs, a genre that defined PlayStation for many years. Franchises like Final Fantasy and Shin Megami Tensei dominated for years exclusively on the PS2, but those franchises are conspicuously absent here, outside of Final Fantasy XV. While many titles in these franchises have been re-released, games like Final Fantasy XIII or Digital Devil Saga are absolutely ripe for the service. Considering the fact that the original PlayStation was the only place to play many of the biggest JRPGs ever made, this feels like a misstep that disregards Sony’s history.

PS Plus should bring back classic games that are downright impossible to find these days. There are dozens upon dozens of obscure titles that don’t have modern updates or any realistic way to play them. What is a service like this for if not preserving titles like these?

A copy of Xenosaga Episode III, for instance, will cost you upwards of $100, let alone purchasing the first two games. It’s shocking that there’s no good way to play Xenosaga considering its developer Monolith Soft is a tremendously acclaimed studio these days with Xenoblade Chronicles.

PlayStation still has close relationships with a lot of third-party developers, which could yield a lot of classic titles for the service. Square Enix has titles like Dragon Quest VIII, Radiata Stories, and Valkyrie Profile 2: Silmeria. Meanwhile, Bandai Namco has games like Soulcalibur III, Tales of Legendia, and MS Saga: A New Dawn.

JRPGs are lacking serious representation on the new PS Plus, but it’d be nice to see the service bring back harder-to-find titles across the board. Part of what’s great about Xbox Game Pass is that you have access to dozens of the latest games, as well as dozens of classics that won’t fade into obscurity because of the service. Sony’s PS Plus is a good start, but there’s a lot of room to improve both in terms of the offerings and how convoluted the whole thing still is. 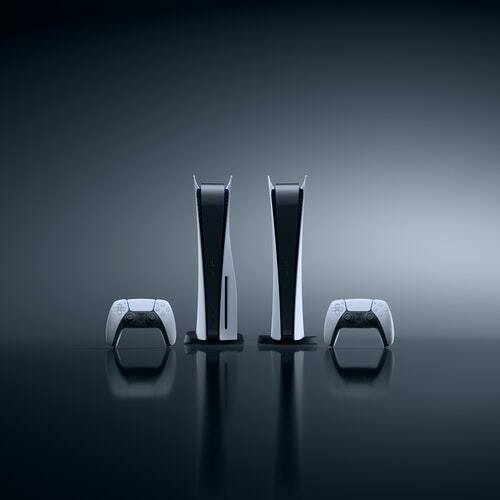 PS Plus price, tiers, games list, and launch date for Sony's Game Pass revamp
This is everything we know about Sony's subscription service that will take on Microsoft's successful Xbox Game Pass.

Inverse
One subscription that gives you access to news from hundreds of sites
PlayStation Plus Premium Games Catalog confirmed, includes nine PS1 games

We finally have a full list of all the games coming to PlayStation Plus' Premium tiers.