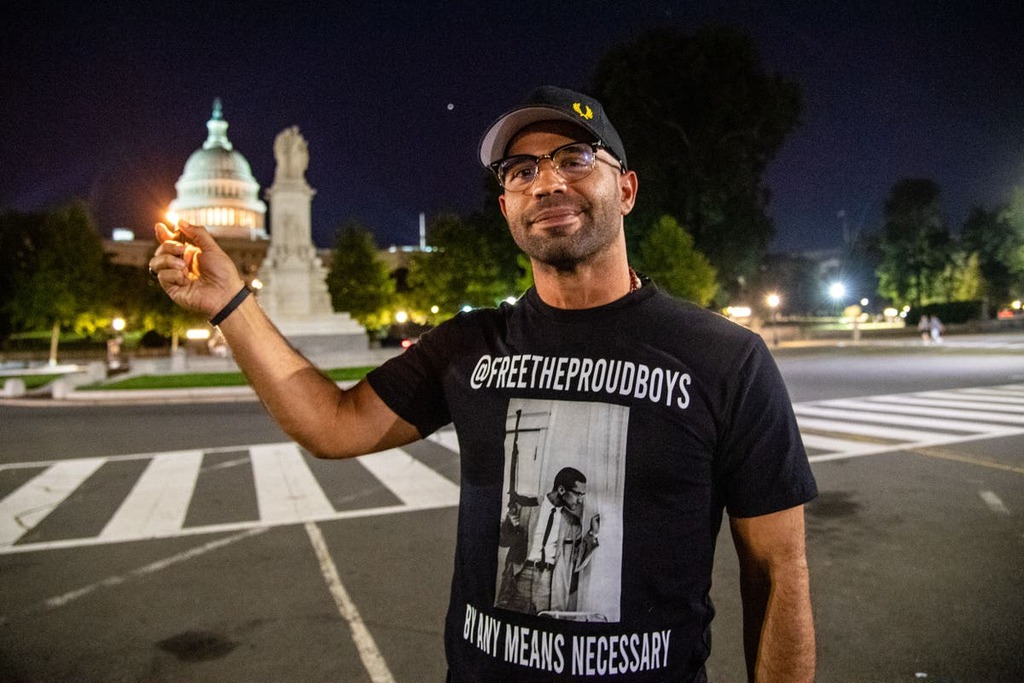 Proud Boys leader Enrique Tarrio was filmed holding a lighter in front of the US Capitol building before beginning his prison sentence for burning a Black Lives Matter flag.

Tarrio was posing and smiling with a lighter, which was positioned in front of the government building so it looked like he was burning the meeting place of the United States Congress.

He also posed with a rooster, and was wearing a T-shirt that said “@freetheproudboys By any means necessary” on Monday, before he was due to check in for a five-month prison sentence.

In August, Tarrio pleaded guilty to a destruction of property charge, after burning a stolen Black Lives Matter flag that belonged to the Asbury United Methodist Church in Washington DC. In addition, he pleaded guilty to attempted possession of a large-capacity ammunition feeding device, which is prohibited in the state.

At the time of the flag burning, in December 2020, the Proud Boys member was at a pro-Trump demonstration.

On video in court, Tarrio apologised for the incident and said there was “no excuse” for his actions.

Walking up to the jail, Tarrio was asked by reporters if he had anything to say to the church that had owned the Black Lives Matter flag hanging up.

“I’ve nothing to say to the members of that church or congregation anymore. I already apologised to them once,” he said.

Tarrio's defence filing said the punishment was “unreasonably harsh and disproportionate when taking into account the goals of sentencing”.