Protests in Brazil as Bolsonaro critics accuse him of attempting coup 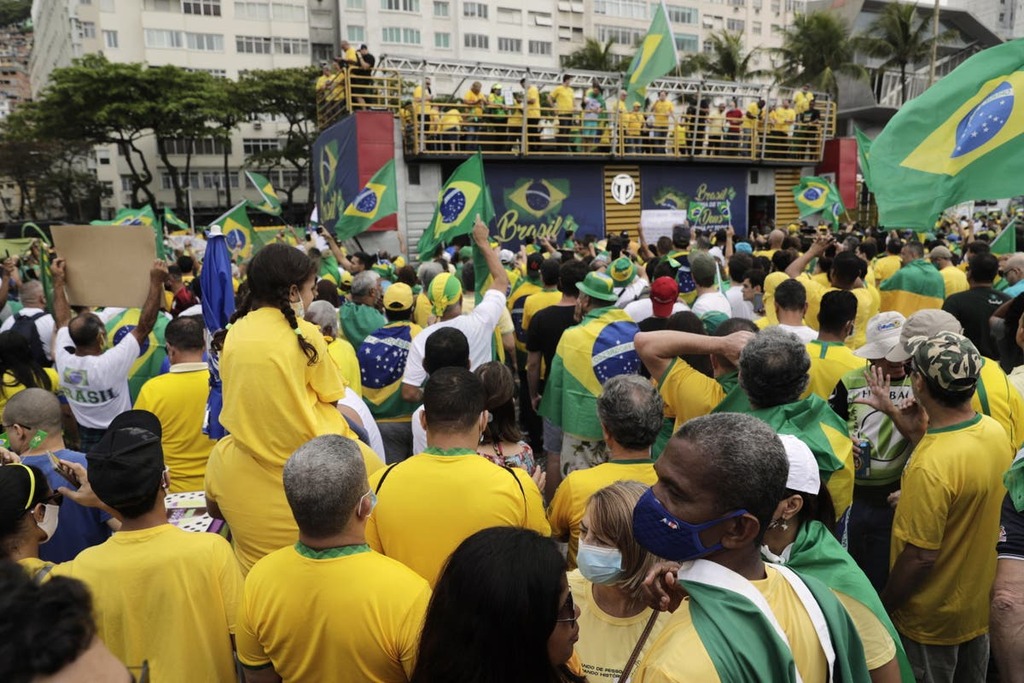 Demonstrators have already pushed through barriers and clashed with police as they tried to advance towards Congress in Brasilia on Monday night.

Footage on news website Metrópoles showed police using pepper spray at protesters who responded by letting off fireworks as horns blared from trucks.

The country is braced for yet more disruption on Tuesday as further demonstrations to back the far-right leader in his dispute with the judiciary are planned.

Bolsonaro is embroiled in a row with the Supreme Court which has been probing his allies for allegedly organising anti-democratic acts and spreading false information.

Critics fear Bolsonaro is paving the way for a version of the January 6 riot in Washington, where supporters of former President Donald Trump stormed the Capitol, claiming he had been robbed of a re-election victory. Bolsonaro has already said he might reject the 2022 election results if he loses.

More than 150 former presidents and party leaders from across the globe have signed an open letter criticising Bolsonaro and fearing a repeat of the extraordinary scenes in the United States earlier this year.

The demonstrations are “stoking fears of a coup d'etat in the world’s third-largest democracy,” the letter from global leaders said.

Tens of thousands of people had already arrived in convoys of trucks and buses to Sao Paulo and the capital, Brasilia, where Bolsonaro was expected to speak at the two largest rallies.

On Monday evening, supporters broke through police lines set up to block vehicles and halt early pedestrian access to the capital’s central mall.

Video on social media showed trucks advancing while blaring their horns as hundreds of people dressed in the national green-and-yellow colours walked alongside and cheered.

Regina Pontes, 53, stood atop a truck that advanced toward the police barriers preventing access to Congress and the Supreme Court.

“We just want to be in our home; You can’t close the door to keep the owner out,” she told AP.

Bolsonaro‘s government has been beset by crises, including a failure to get a grip of the Covid-19 pandemic, and issues with the economy.

The nation’s Covid-19 death toll of more than 580,000 is the second highest in the world, and eighth highest on a per capita basis.

Meanwhile inflation is approaching double-digits, with higher costs for food, gasoline and electricity.

The result has been a slide in Bolsonaro‘s approval ratings, accompanied by a steadily climbing percentage of people saying they would never vote for him.

Polls show his possible rival at next year’s election, former President Luiz Inacio Lula da Silva, could trounce him in a run-off next year if he enters the race.

Bolsonaro has set out to prove them wrong with Tuesday’s demonstration, whose organisers promised: “Sept. 7 will be gigantic!”

He said last week that “no one need fear Sept. 7,” but days earlier outside an evangelical church, he said the only options for his future are to be victorious or die trying.