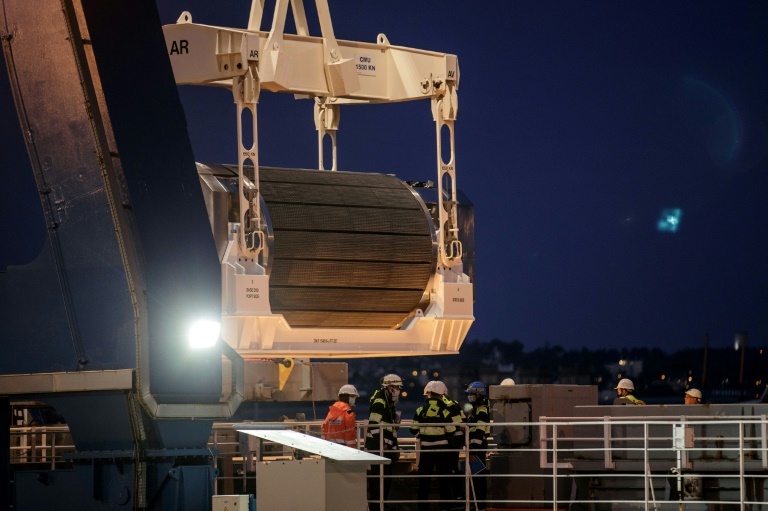 Cherbourg (France) (AFP) - Activists from environmental group Greenpeace protested against a shipment of reprocessed nuclear fuel that was set to leave France for Japan on Wednesday for use in a power plant.

The load of highly radioactive Mox, a mixture of reprocessed plutonium and uranium, was escorted by police from a plant near the port of Cherbourg to the dockyard in the early hours of the morning.

A handful of Greenpeace activists waved flags and signs with anti-nuclear logos as they camped out on Tuesday night to wait for the heavy-goods truck transporting the high-security cargo.

The Mox from French nuclear technology group Orano is destined for a nuclear plant in Takahama in Japan and is the seventh such shipment from France since 1999.

Japan lacks facilities to process waste from its own nuclear reactors and sends most of it overseas, particularly to France.

The country is building a long-delayed reprocessing plant in Aomori in northern Japan.

"Orano and its partners have a longstanding experience in the transport of nuclear materials between Europe and Japan, in line with international regulations with the best safety and security records," Orano said in a September 3 statement.

The fuel is being shipped by two specially designed ships from British company PNTL.