UNIVERSITY of Newcastle students will protest on Wednesday, calling for an end to sexual assault on campus.

Students are calling for more support for sexual assault victims and more awareness on the issue from the university.

Domestic violence support group What Were You Wearing? will hold the march on campus at midday on Wednesday in an effort to stand in solidarity with those victims.

What Were You Wearing? founder Sarah Williams said a number of students have shared their story with the group after being sexually assaulted at university.

"Some of them tried to find help and just couldn't find any," she said.

"We have lots of stories from people who went to the university counselling service after being a victim of sexual assault but they were told to try find help somewhere else because it was too big of an issue to deal with. The uni has funding but it is not going to the right places.

"As a student myself I don't even feel safe. As a student I would have no idea where to go, what the services are and if there even are any."

Ms Williams said one of the biggest issues is that students are not told what support is available, leaving many sexual assault victims in the dark.

"You can ask anyone and no one would know what the process is to actually report being assaulted or harassed at university or where to get help," she said.

"At the start of your degree you do a consent quiz that you have to get 100 per cent on to actually do your degree and they give you some information but that is very basic and you only do it once.

"We are calling for that to be at the start of every year because once you have been in your degree for more than two, three or four years you would have no recollection of what was on that quiz."

University of Newcastle deputy vice-chancellor professor Mark Hoffman said the university has been working over the past five years to find ways to combat the issue through education and developing a "culture of consent."

"In the past year alone, we have made the online Consent Matters training module compulsory for all students, as well as arranged for not-for-profit education organisation Consent Labs to deliver their peer-led sexual consent lectures and workshops to 59 residential mentors and over 500 residents who live on campus," he said.

"While our society and our university have made progress, we know there is more to do."

After the survey results were released, the university held a forum allowing people to raise their concerns with university executives.

"They said then that there would be a plan of action by the end of April, and we are nearly at the start of June and we haven't had any action from the uni. It has been forgotten about," said Ms Williams.

The survey results also found students who had diverse sexuality or lived in student accommodation were at greater risk of sexual assault. Protesters are also calling on these groups to be addressed.

"They 110 per cent need to add an LGBTIQ+ segment to the consent module," said Ms Williams.

"We hear that a lot of sexual harassment happens in clubs and student accommodation where there is a lot of international students so they are impacted by this as well, but there is not a specific policy within those that has a specific zero tolerance on sexual assault."

Ms Williams said the group will continue to fight until their demands are heard. 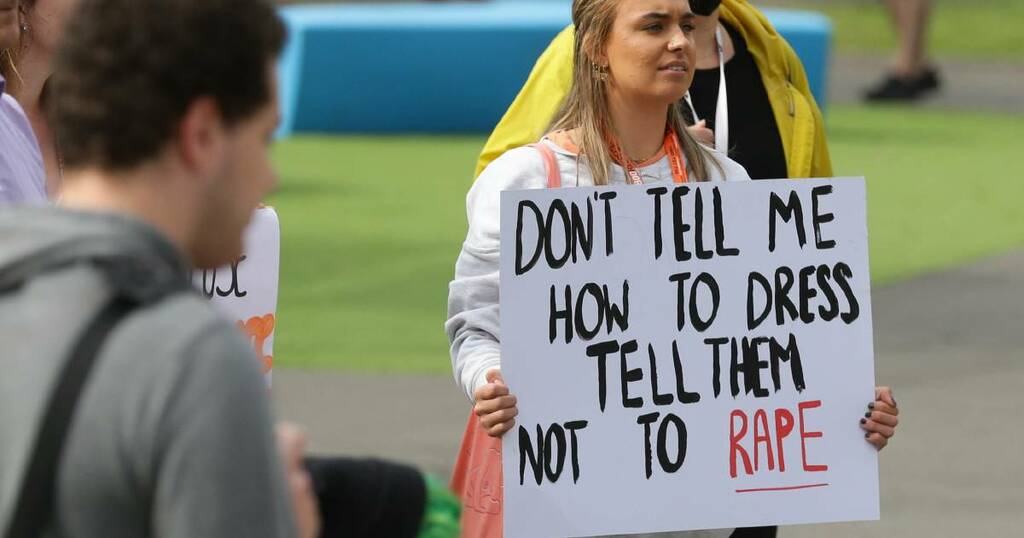