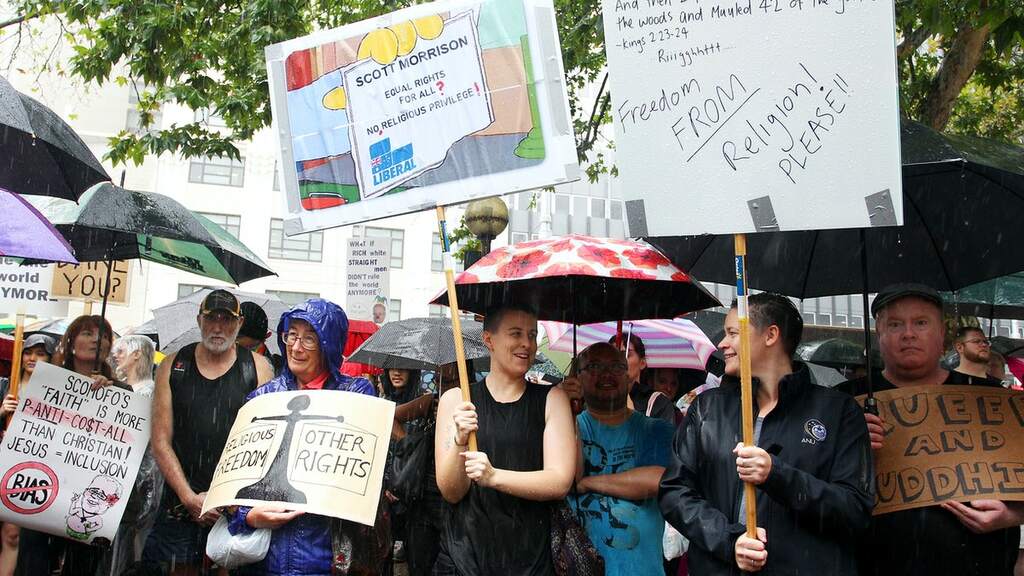 In a predictably evil devision, the Attorney General’s department has said that added protections for LGBTQIA+ students in schools are going to be postponed until after the religious discrimination bill is passed.

Attorney General Michaelia Cash’s department made submissions to two inquiries, per The Guardian, which show that if the religious discrimination bill is passed, changes to the Sex Discrimination Act will be delayed for 12 months.

The originally-proposed changes would remove section of the 38(3) Act: the one that gives schools the right to discriminate based on gender and sexuality.

At the moment, that section of the Act says it’s legal to discriminate against someone based on sexual orientation, gender identity, marital, if it’s in relation to an educational institution’s beliefs, teachings and doctrines.

In a classic case of *actually lying*, Cash’s department secured support for the religious discrimination bill from four Liberal MPs by agreeing to a deal that would change the Sex Discrimination Act.

So, good to see that the department’s spinelessness has extended to delaying amendments designed to protect literal children from homophobic and transphobic discrimination.

Good and normal separation of church and state, this.

In case you’ve missed it, the religious discrimination bill won’t let schools specifically discriminate because of someone’s sexuality. However, it will let religious schools discriminate against people whose ‘religious beliefs’ are deemed to differ from the beliefs of that school, including beliefs about sexuality.

As many critics to the Bill have pointed out, that sounds like a slippery fkn slope, particularly given claims from a number of teachers that they were fired from religious schools due to their sexuality.

According to the Attorney General department’s submission, though, the religious discrimination bill doesn’t affect the Sex Discrimination Act.

“In particular, the existing exemptions for religious educational institutions provided in section 38 of that Act are not affected.”

All this is kicking off as the federal parliamentary committee on human rights had its second hearing for the religious discrimination bill on Thursday.

One of the biggest points of contention around the bill is the statement of belief clause. If passed, it’ll mean people can say stuff they “genuinely consider to be in accordance with the doctrines, tenets, beliefs or teachings of that religion” without it being discriminatory (unless it’s deemed threatening or malicious).

It was criticised by Lisa Annese, CEO of the Diversity Council, for its emphasis on protecting religious speech that could be discriminatory.

The Diversity Council’s submission said the clause was: “an unprecedented intrusion into other jurisdictions by protecting expression of religious speech over acts of discrimination and creates different standards for statements of belief.”

However, the clause was defended by Rocque Reynolds, a professor at the Australian Catholic University.

“Religions can have hard truths … and people might find them offensive but they’re not intimidatory or threatening,” she said.

So TL;DR: if the religious discrimination bill does get passed, expect to wait at least a year until there’s any additional protections for queer staff and students.

The post Protections For LGBTQIA+ Kids Will Be Delayed Until After The Religious Discrimination Bill appeared first on Pedestrian TV.