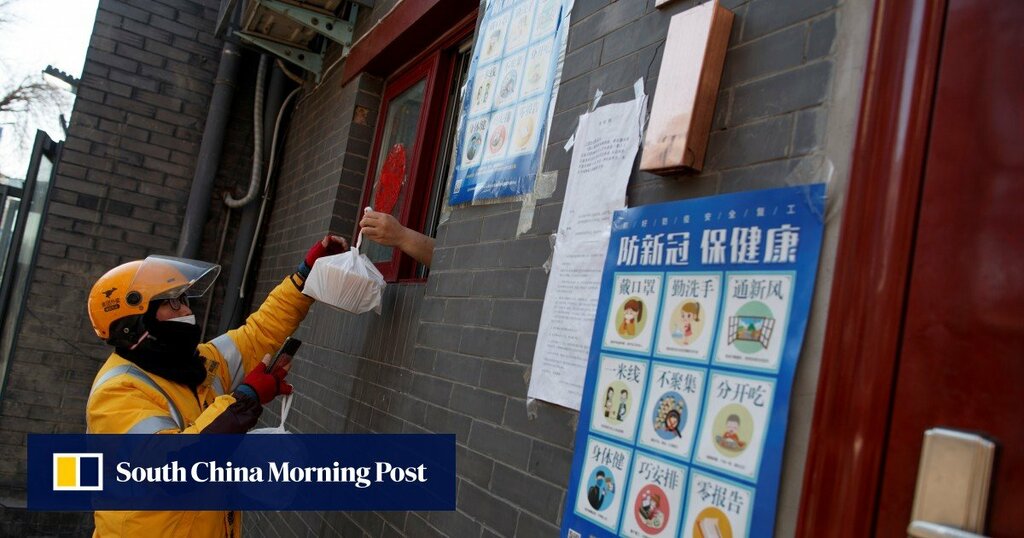 China’s technology companies from the smallest start-ups to the biggest multibillion-dollar companies are rushing to comply with a government order to unionise, as the Communist Party asserts its imperative as the champion of the working class, even occasionally employed “gig” workers.

China’s largest ride-hailing company Didi Chuxing and the second largest e-commerce platform in the country JD.com became the first Big Tech companies to fall into line this month, amid rising government pressure on employee unionisation issues. But experts say that the gig economy might not change much in China.

The new state-sponsored unionisation drive may leave many workers excluded as they are not considered employees, which is the basis for union membership, said Eli Friedman, an assistant professor at Cornell University. It may, however, bring more scrutiny of tech giants, which have faced government crackdowns on multiple fronts in recent months.

“All these kinds of start-ups, as well as the more established tech companies, must listen and compromise, otherwise they will not have the backing of the state,” which would be inconvenient for their operations, said Jenny Chan, an assistant professor at the Hong Kong Polytechnic University (PolyU).

The focus on labour rights is part of the Chinese government’s push to create a fairer society and narrow the income gap under President Xi Jinping’s “common prosperity” mantra, as seven decades of Communist Party rule has tilted the nation’s wealth distribution towards power and capital, over labour. Nowhere is the discrepancy more visible than in the technology sector, the biggest and fastest creator of outsize wealth in the last decade.

Internet companies must now sign labour contracts with their gig workers, and provide them with the insurance coverage of state-run insurers, according to guidelines issued in July by several ministries with responsibilities from commerce to labour and public security, as well as the government-backed union. Chinese regulators last Friday summoned some of the country’s biggest internet platform operators – including Alibaba Group Holding, Tencent Holdings, Meituan and Didi Chuxing – to a meeting to discuss their efforts to comply with the rules.

Many of China’s internet behemoths are built on the backs of millions of gig workers, most of whom are uninsured, non-unionised, and even unprotected by any contracts. An estimated 200 million people out of China’s labour force of 771 million workers last year, were classified under “flexible employment terms”, according to data from the Ministry of Human Resources and Social Security.

The gig work, however, is not as flexible as people think, said PolyU’s Chan, author of Dying for an iPhone, which documents life for workers at the world’s largest contract manufacturer Foxconn. Gig work does not necessarily mean improved labour conditions, she said.

“I never anticipated that their situation would be much, much worse than those I have met in the [factory] dormitories,” she said. Not only were they working by crowdsourcing but they were also “crowd-living” in the cramped basements of large cities such as Beijing, she added.

Meituan, the HK$1.6 trillion (US$206 billion) platform that began as a food-delivery company, has about 69,000 employees, but nearly 10 million deliverymen, 1 million of whom do the job full time. Didi Chuxing, valued at US$43 billion and with 90 per cent of China’s ride-hailing market share, has 4 million drivers working for it. JD.com, China’s second-biggest online shopping platform, has a quarter of a million deliverymen.

Didi and JD.com have started to establish unions among their full-time staff. Still, most employees said they were unaware of what to expect from their labour representatives, while many were totally unaware that such structures had been established, in response to queries made by the South China Morning Post.

JD.com and Didi did not respond to a request for comment.

All labour unions in China must ultimately answer to the state-controlled All-China Federation of Trade Unions (ACFTU) and the union answers ultimately to the Chinese Communist Party. China bans spontaneous labour unions or strikes. A delivery man named Chen Guojiang, also known as Mengzhu, was arrested in March on charges of “provoking trouble” after he tried to mobilise strikes among fellow deliverymen in Beijing.

“At the end of the day, [tech firms] are willing to accept that kind of a deal because the thing that the companies and the unions really agree on is ensuring that workers are excluded from the [decision-making] process,” said Friedman.

The ACFTU has set a goal of creating 240,000 unions and recruiting 16 million new members by the end of December 2022 – a big part of which will be among ride-hailing drivers, food delivery workers and couriers employed by internet platforms.

There are now 8 million union members from the ranks of gig workers, according to July figures from the ACFTU.

Giving gig workers full benefits could cost billions for employers, as they would have to insure their full-time staff against sickness, injuries and death. Meituan may need to spend 10 billion yuan (US$1.55 billion) to buy social insurance for its full-time riders, which may erode its fair stock price to HK$40 from the current HK$260, according to calculations by Dolphin Investment Research.

Meituan declined to comment for this article. In a statement from its earnings call, Meituan said “we will cooperate with authorities to provide a more comprehensive welfare scheme to the delivery rider group and promote high-quality and healthy industry development”.

The drive for unionisation is another lever that China’s government is using to bring technology companies under control, said Cornell’s Friedman.

But Chinese gig workers have found their own ways to demand rights, sometimes turning the data-driven approach that has underpinned many tech platforms against their bosses, said Friedman, after studying workers for platforms such as Meituan and Alibaba-backed Ele.com. Alibaba owns the South China Morning Post.

One example has been food delivery workers sometimes organised around stations to increase efficiency, said Friedman. There were also mini strikes organised through social media groups among workers. “Even a small number of workers could basically bring a station to a standstill,” said Friedman.

Aidan Chau, researcher at China Labour Bulletin (CLB), said the government is trying to avoid labour issues escalating into major social incidents. In one extreme case, a Chinese courier for Ele.me set himself on fire in protest over unpaid wages in January 2021, an incident that shocked the whole country.

However, certain regulations still run against gig economy workers. For instance, Beijing requires a ride-hailing driver to have permanent residence in the city, a rule that turns away migrant workers.

Income from internet platforms for China’s gig workers matches the national average. Meituan said over 60 per cent of its full-time deliverymen can earn 5,000 yuan a month or more against the average wage from China’s private employers of 57,727 yuan in 2020, or 4,810 yuan a month.