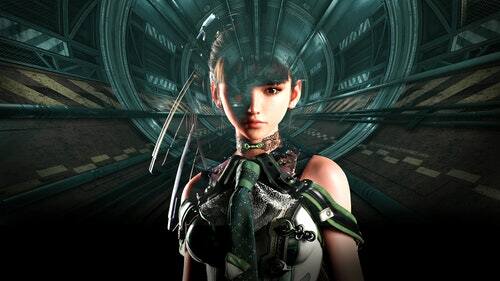 Project Eve was one of the most impressive surprises at the September 2021 PlayStation Showcase.

This action game, which was clearly inspired by the likes of Bayonetta, Devil May Cry, and 2018’s God of War, is from a little-known studio called Shift Up Corporation, but it sports impressive visuals and spectacular set-pieces. Unlike many other games featured in the showcase, we also saw quite a bit of gameplay.

If Project Eve piqued your interest during the PlayStation Showcase, this is everything we know about the game so far.

When is the Project Eve release date?

Currently, Project Eve does not have a release date. The developer is still staffing up as the game is in active development, so definitely don’t expect it in 2021 or early 2022.

“We have progressed about halfway through the development,” Director Hyungtae Kim explains on the game’s website. “Many parts of the system are complete, and the resources are currently at the mass production stage. Since we have a long way to go, we would love for many talented developers to apply.”

Is there a Project Eve trailer?

Yes, there is! A four-minute trailer for Project Eve was the second thing showcased during the September 2021 PlayStation Showcase. It sets up the game’s premise and gives a taste of its characters and gameplay. You can check out the trailer below:

Is Project Eve a PS5 exclusive?

Previously, the developers have stated that the game is intended to be released for PC, PS4, PS5 Xbox One, and Xbox Series X. Recent messaging is focused exclusively on the PS5 version, though, so it might be exclusive in some form. The developers will clarify this as we get closer to launch.

At the very least, the PS5 version will exclusively use the DualSense’s haptic feedback to let players feel blade slices and other skills.

What is the Project Eve story?

The trailer teases an exciting post-apocalyptic sci-fi adventure. In a PlayStation Blog post, Director Hyungtae Kim teases what exactly the game is about.

“In the not-too-distant future, mankind is expelled from Earth after losing the battle against the invaders called the NA:tives,” he explains. “To win back Earth, the player becomes Eve, the survivor of the paratrooper squad deployed from the Colony, who must fight through powerful enemies with new comrades.”

It’s a unique mix of genres and settings that you don’t typically see from Korean developers, so it will be interesting to see if Shift Up can pull it off.

From the trailer alone, we can see that Project Eve will be an intense action game. The PlayStation Blog post about the game teases that the game will have fast but deliberate combat as players have to switch between attacking, parrying, and defending.

Parrying and defending fills the “beta gauge,” which players can then use to pierce armor and interrupt enemy combos with powerful attacks. The post also teases some traversal mechanics, including how the main character can scale walls, slide down slopes, and switch on objects scattered throughout the game’s world.

“Simple yet profound, the combat action is all about various options you’re given and a series of constant attack and defense,” Lead Combat Designer Kiseok Kim explains on the game’s website. “The enemy’s every move is deliberate, and this allows the player to counter it with appropriate moves and lead the battle to their own advantage.”

If you’re a fan of intense action games, Project Eve is a title that needs to be on your radar.

Project Eve is in development for PS5.