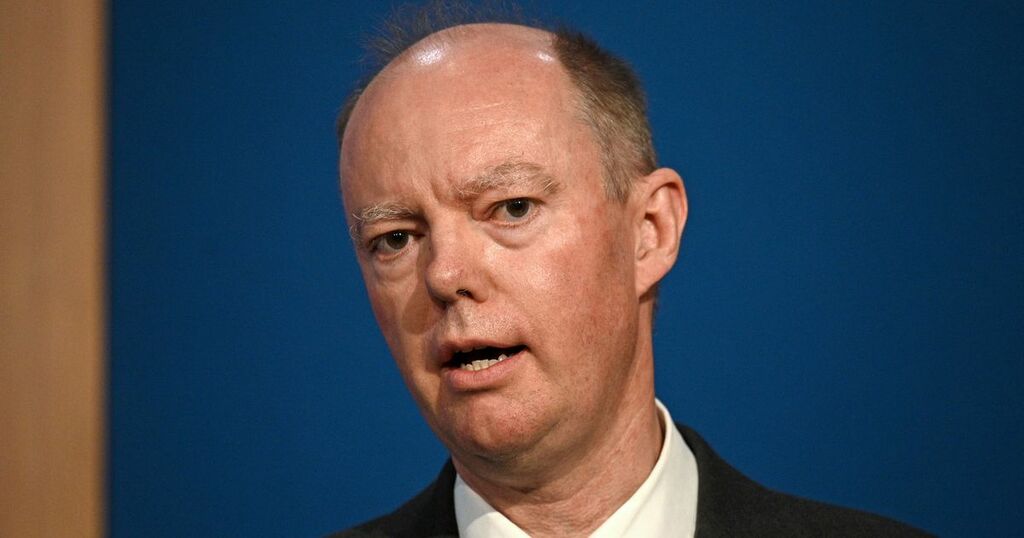 Professor Chris Whitty has warned that this winter is going to be “exceptionally difficult” for the NHS - and admitted there were "significant things we got wrong" at the start of the coronavirus pandemic.

England's chief medical officer (CMO) said that while some things had gone wrong, it was a mistake to think lessons from one pandemic would automatically apply to the next one.

Speaking to delegates at the annual conference of the Royal College of GPs, he warned of tough months ahead for the health service as it battles Covid-19, flu, other viruses and the usual winter pressures.

The scientist was asked about how the government handled the pandemic and his own role as CMO following the publication of a damning MP's report into the UK's early coronavirus response.

Speaking about the current situation, Prof Whitty said “zero Covid over this winter is a completely impossible dream”, adding the hope was to keep it at “relatively low levels”.

“In terms of where Covid will go over the winter, well I think the winter as a whole, I regret to say, is going to be exceptionally difficult for the NHS," he told the conference in Liverpool.

“That is, irrespective of whether we have a relatively low but non-trivial amount of Covid, or whether we actually have a further surge in the winter."

He continued: “I think if you asked 100 modellers you’re going to get over 100 answers, exactly as to how this is going to go out.

“I think what we’re confident of is the very top end, (what) we would have faced potentially had things gone wrong last winter is not going to happen, barring an extraordinary escape mutant variant, but let’s assume we don’t get something which actually can basically evade our defences completely, I think the top end risks are much lower.

“But we could certainly go up, we’re only two to three doubling times away from a really quite serious pressure on the NHS and it’s already serious, but one that actually will be very difficult to deal with.

“So the margin of error is quite small.”

Prof Whitty said there was a lot of debate over whether there could be low levels of seasonal flu as people are still not mixing as much, or whether a lack of natural immunity could lead to “a really serious spike”, with the possibility the flu vaccine is not very well matched to the strain that affects the UK.

The expert said that when other viruses and winter health issues are added into the mix, together with people seeking care that was delayed during the pandemic, the NHS was facing “an extraordinarily tall order”.

He added: “I wish I could claim that the sunlit uplands and it’ll be fantastic by Christmas, but sadly, I’m afraid that is not the case.”

On the issue of lessons learned, Prof Whitty said the last big pandemic was HIV and “if you try to manage HIV like you manage Covid, clearly it will be disastrous and the other way around.

“So I think what we should never do is assume that just because we’ve learnt a lot of lessons from one pandemic, they will necessarily translate into the next one.

“And the last big outbreak I dealt with was Ebola, that was primarily a touch disease, again a completely different set of ways you deal with it.”

He continued: “There are certainly some quite significant things we got wrong at the beginning of Covid, based on assumption it would be like some previous infections, and it turned out not to be, and that’s inevitable.”

Prof Whitty reflected on the advice he gave during the pandemic, saying that the role of CMO is "just another doctor's job".

“We have to stick to what we should be talking about which is medicine, public health, epidemiology and not veer too much into areas where we could use our positional power to try and make political or other points, that’s not our job," he explained.

“I think our job is to stick firmly to being a doctor in a particular role within the government.”

He said a CMO should “never shy away from giving clear professional advice”, admitting that he had to offer a view "however unpalatable" or "unpleasant”.

Asked what the politicians meant when they said they were following the science, Prof Whitty said: “Well in a nice theoretical world, there’s a scientific step where you go through and you kind of neutrally and magisterially lay out the truth, and then you hand it over to policymakers who turn that into beautiful policy which then enacts that in some realistic way.

“Of course it’s a bit messier than that. But I think it’s important that I don’t whack my professional colleagues in the political and policy spheres on this.

“I think they genuinely, in all political parties – but the Prime Minister and ministers in power obviously have the responsibility – did try to understand the scientific advice, and then they tried to work out how you could turn that into a policy that worked more generally.

“I know we can all agree or disagree with individual decisions that were taken, but I think there was a genuine attempt, and this wasn’t as I say just in the government, this was also true of the opposition…to try and understand.

“To begin with, I think there were a lot of competing voices in the public domain and I think a lot of political leaders found it quite difficult to work out which were the ones to listen to.

“But I think over time what they realised was the aim should be to try and find a central body of opinion.”

Earlier this week a report from MPs on the Science and Technology Committee and the Health and Social Care Committee, said the UK’s preparation for a pandemic was far too focused on flu, while ministers waited too long to push through lockdown measures in early 2020.

At the beginning of the pandemic, when Covid-19 emerged in China, MPs said the UK policy was to mistakenly take a “gradual and incremental approach” to interventions such as social distancing, isolation and lockdowns.