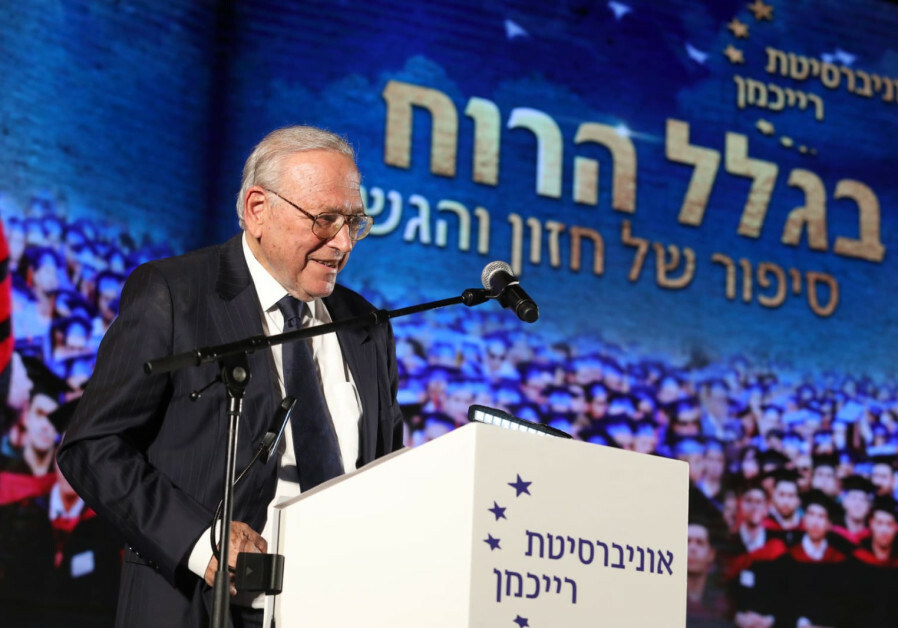 Prof. Uriel Reichman, president and founder of Reichman University (also known as IDC Herzliya) announced last week that he will end his term as president of the institution.

This follows the official recognition as a university that the institution received from the Council for Higher Education about three weeks ago, and the change of name from IDC Herzliya to Reichman University.

Reichman spoke at a festive farewell event held at the university campus, with the participation of faculty members, donors, friends and graduates of the institution.

"I have fulfilled the mission I undertook in establishing the IDC," he said. "It is time to stand up and say thank you for the opportunity to realize that vision."

"The IDC was launched as a Zionist university," Reichman said. "We educate students to go out into the world out of faith in themselves and their friends. To live a life of meaning and personal fulfillment of their aspirations, while at the same time caring first and foremost for those who cannot help themselves. We carry these values ​​with us.

"There are very few people who create something in the world that leads to real, great and substantial change - in higher education, in the way we see colleges and soon universities, and in the way we see the young people of the country," said Foreign Minister Yair Lapid. "Prof. Uriel Reichman has changed a lot and I am sure this is not the last change he is making in this world."