In an effort to replace its current user tracking technology—and the online advertising system, by and large—Google announced, Wednesday, its plans to place many of the same privacy restrictions on advertisers that Apple already introduced last year.

In short: Google cross-app tracking is no longer allowed on Android, which will prohibit Android apps from profiling users’ online activities. This prioritization of privacy curtails access to data that has underpinned the online ad world for more than a decade.

Download Q.ai for iOS for more investing content and access to over a dozen AI-powered investment strategies. Start with just $100 and never pay fees or commissions.

“Today, we’re announcing a multi-year initiative to build the Privacy Sandbox on Android, with the goal of introducing new, more private advertising solutions,” the announcement reads. “Specifically, these solutions will limit sharing of user data with third parties and operate without cross-app identifiers, including advertising ID.”

Google announced that it’s also looking into technologies that limit the “potential for covert data collection.” This includes introducing safer ways for apps and advertising software development kits to integrate.

Over 90 percent of the apps on Google Play are free of charge, spoiling billions of users for choice of invaluable content and coveted services. That’s largely thanks to digital advertising.

Already, Google developed advertising ID to give users control over their privacy settings. The advertising ID, provided by Google Play, is unique and resettable by the user that allows them to opt out of personalized ads within Google Play apps. It also creates a simple and standard system for developers to monetize their apps.

In 2021, the tech giant introduced improvements to the advertising ID so that, when users opt out of personalized ads, their ID is no longer available. The move also makes it easier for developers and ad/analytics service providers to follow regulatory compliance efforts and respect users’ choices.

Now, Google is taking privacy preferences a step further to build on the company’s existing efforts to improve user privacy without taking a toll on free content and services.

“Our goal with the Privacy Sandbox on Android is to develop effective and privacy enhancing advertising solutions, where users know their information is protected, and developers and businesses have the tools to succeed on mobile,” Google stated.

While Google gets to work on bringing these new solutions to fruition, it will continue to support existing ads platform features for at least two years. It also intends to offer “substantial notice ahead of any future changes” to give players time to adapt. After all, the new plan for Android will shake up the advertising landscape as we know it.

Take, for example, what happened to Facebook after Apple introduced such privacy policies last year. The privacy controls for iOS require software developers to ask users for their permission to track their activities both on the web and across third-party apps so they could serve users tailored ads.

Facebook saw ad revenue tumble because of the new requirements—and Facebook stock plummeted following the news, as well. In fact, Facebook chief financial officer David Wehner recently said that the company anticipates losing more than $10 billion in sales for 2022 as a result of Apple’s policy change. That’s about eight percent of its total revenue last year.

Chief operating officer Sheryl Sandberg said last week that Facebook’s ad targeting was becoming less and less accurate due to the simple fact that it knows less about users. Advertisers on the platform need to spend more to learn more, and they must make less-informed decisions to learn whether or not those dollars are even gaining ground.

And Facebook wasn’t alone in the havoc. Snapchat also reported a revenue dip after Apple’s decision. In fact, the company reported $3 million less than expected in 2021 fourth-quarter revenue. According to a statement from CEO Evan Spiegel, the social media company’s “advertising business was disrupted by changes to iOS ad tracking that were broadly rolled out by Apple in June and July.” While they anticipated “some degree of business disruption,” he continued that the changes ultimately proved difficult for advertising partners.

With Google introducing stricter privacy policies, the most popular apps in the Google Play store—companies including meta platform’s Facebook, Instagram and Whatsapp; SnapChat; TikTok; Zoom; and so many more—will have some significant changes with which to grapple. Only time will tell how the move affects each company’s profitability, which could, in turn, affect the value of their stocks.

Investors would be wise to keep tabs on how companies—and their advertising partners—navigate the ever-evolving digital advertising landscape to better understand how these privacy policies will or will not impact them. Understanding how exactly Apple’s changes affected such stocks—and how these companies and their partners responded then—could be an indicator of what’s to come when Google follows suit in two years’ time.

Shortly after Apple’s announcement, for example, Facebook began warning investors of the potential damages. And all too many assumed that Facebook, being the tech giant that it is, would have the funds, resources and engineers to, basically, figure it out. But Facebook continued to issue warnings in quarterly updates.

Alex Austin, CEO of Branch, which helps advertisers on their Facebook campaigns, told Vox that paid ads dropped by 20 percent following Apple’s privacy changes. He added that Branch has since spent more time tracking organic marketing measures, noting that “the market is still figuring out how to handle [Apple’s new rules] on iOS, and shifting focus to Android and organic channels on iOS.”

Of course, now that Android will be changing, as well, the market will need to shift focus entirely. And investors will need to keep their eyes on how exactly it does.

For consumers of social media, it may be easier to look for changes in advertisements served to them amid their day-to-day use. Consumers may not need to dig too deep to see how companies are creating changes, as they may already notice how ads on their apps are looking different, being served in different ways (if at all) or resonating with more or less.

Ultimately, only time will tell how the latest advertising practices across smartphones affect the tech companies with which we engage every day. But, until then, don’t sweat the swings. Let Q.ai manage your portfolio for you by leveraging AI to predict performance and diversify your investments to minimize risk and maximize rewards.

Download Q.ai for iOS for more investing content and access to over a dozen AI-powered investment strategies. Start with just $100 and never pay fees or commissions. 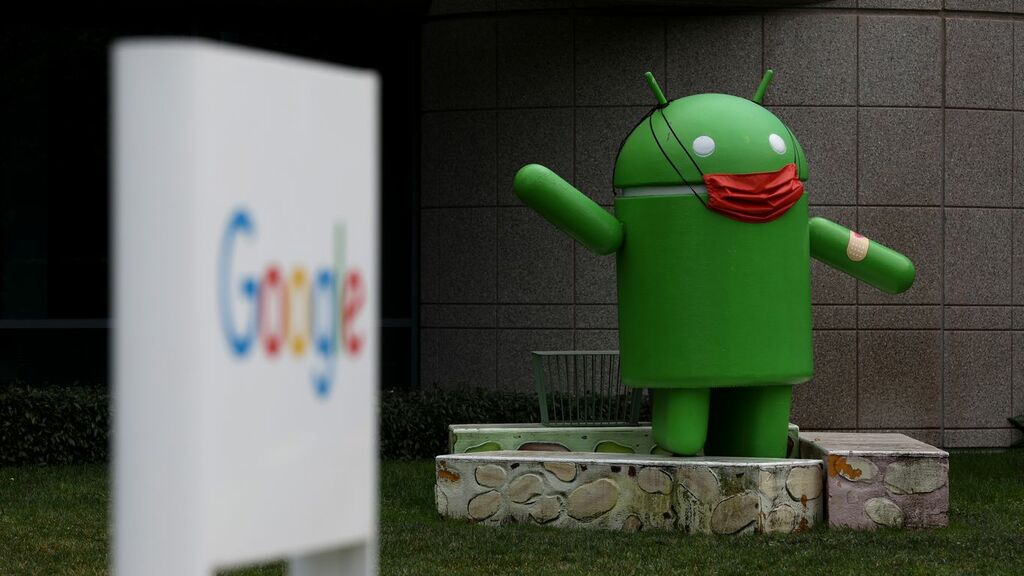 Axios
One subscription that gives you access to news from hundreds of sites
Apple’s ATT Burned Facebook Bad. Google’s Privacy Sandbox Is A Kiss In Comparison

The technology will limit the sharing of user data with third parties and cut advertising-based tracking online.