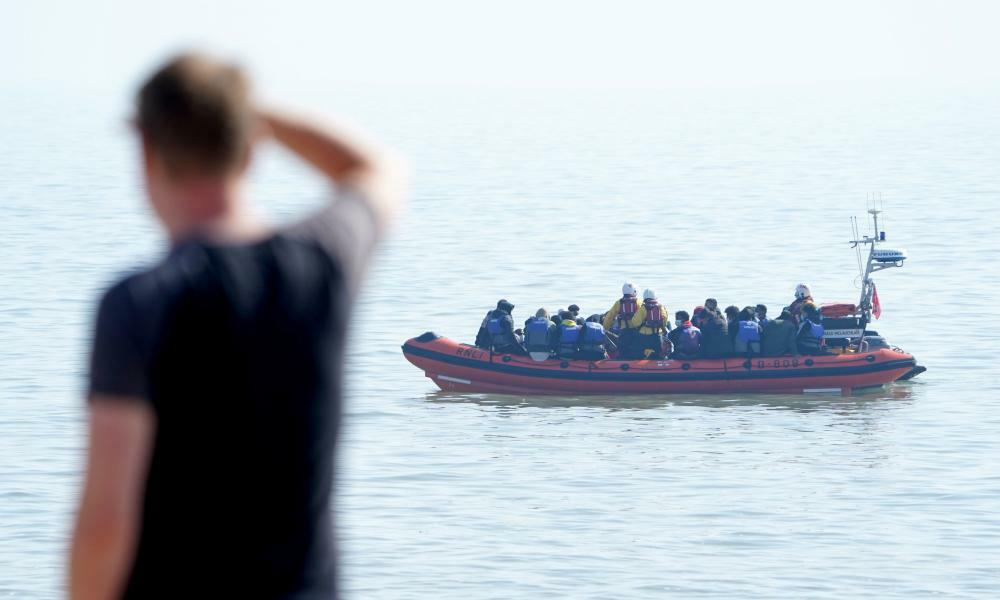 Priti Patel’s plans to send back small boats carrying migrants in the Channel are already “dead in the water”, an immigration workers’ union has said.

Border Force staff are being trained to employ “turn-around” tactics at sea under plans developed for two years, a statement from the Home Office said overnight.

But Lucy Moreton, professional officer at the Immigration Services Union (ISU) said she would be surprised if the policy, announced as criticism of the government’s social care reforms was mounting, was used “even once”.

The proposals, which would require maritime law to be rewritten, have already been rejected by the French government.

Moreton told BBC Radio 4’s Today programme: “In practical terms, if this happens even once, I would be surprised.

“There are understandably a lot of constraints around it and you cannot do this with a vessel that is in any way vulnerable and more importantly you need the consent of the French to do it.

“Because when you turn the vessel back toward France, when it is across the median line it has to be intercepted and rescued by the French and it appears the French will simply not engage with this, in which case it’s – if you excuse the pun – dead in the water.”

Tim Loughton, a Conservative MP and member of the home affairs select committee, also poured cold water on the prospects of the tactic being used in practice, although supported the underlying principle.

He said: “It sounds good. But I’m afraid in practice it’s just not going to happen. These are flimsy boats coming over. Even those that are tougher are completely weighed down.

“Any boat coming up alongside at speed would capsize most of these boats anyway and then we’re looking at people getting into trouble in the water and drowning … and then we’ll get blamed for that. It sounds good pushing them back but it’s not going to work in practice.”

He added: “It’s all down to the French. They need to be intercepting them and they need to be better at not allowing them to get into the water in the first place.”

In July, Patel agreed to pay the French a further €62.7m (£55m) to fund another clampdown on small-boat crossings of the Channel.

The French interior minister, Gérald Darmanin, rejected the proposals on the grounds that “safeguarding human lives at sea takes priority over considerations of nationality, status and migratory policy”.

He made clear to Patel that the proposals would damage bilateral relations and said French authorities have agreed with the UK to “double the number of personnel deployed on the Channel coast” and had been offered the use of a UK plane to monitor the waters.

A record 13,500 migrants have crossed the Channel in small boats this year, including at least 1,000 this week.

• The headline of this article was amended on 10 September 2021 to remove a quote which was inappropriate in this context.