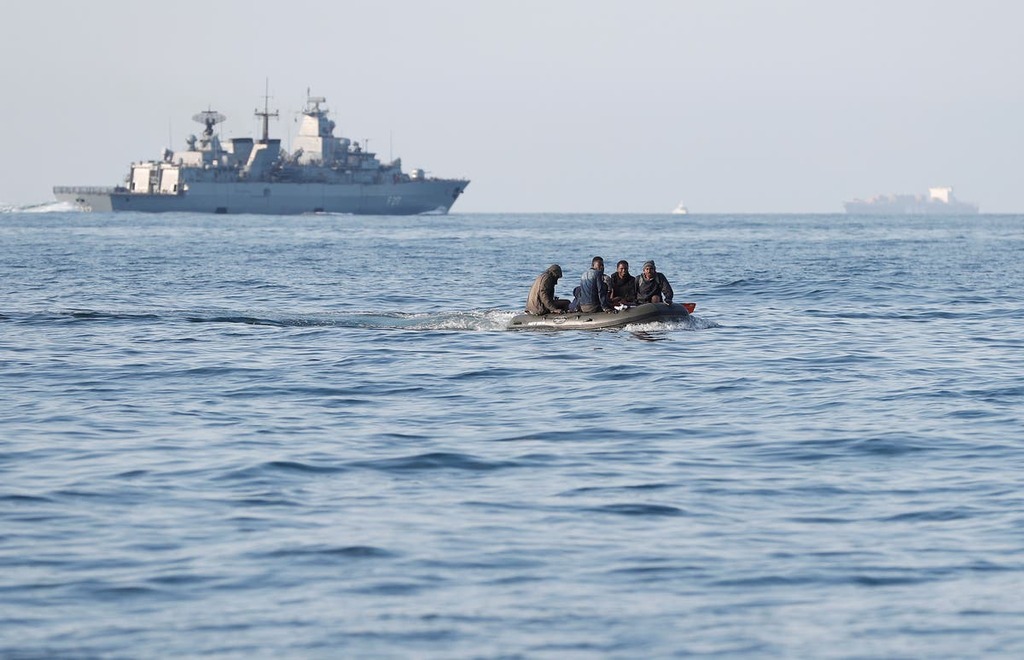 People who are trafficked to Britain could be “excluded” from support and have their existing vulnerabilities “exacerbated” under Priti Patel’s new immigration plans, the UK’s modern slavery tsar has warned.

In a strongly worded letter to the home secretary on Tuesday, the independent anti-slavery commissioner Dame Sara Thornton said the proposed reforms would make the identification of victims of modern slavery “harder” and “create additional vulnerabilities”.

The Nationality and Borders Bill, published in July and currently going through parliament, seeks to “rapidly remove” asylum seekers who arrive in the UK via unauthorised routes, and grant them only temporary protection, with limited rights if it cannot immediately do so.

The bill also seeks to reduce the amount of time non-British trafficking victims have to come forward and report that they have been subjected to exploitation, and to deny protection to potential trafficking and slavery victims who have committed a crime or acted in “bad faith”.

Dame Sara warned that the plans to increase penalties for unauthorised entry to Britain could result in victims being “excluded from the recovery and reflection period” provided by the National Referral Mechanism (NRM) – the UK’s framework for identifying and supporting modern slavery victims.

“Those entering this country irregularly may become exploited at any point, particularly if they have debt incurred for their journey. Differential treatment of refugees based on the nature of their arrival may only serve to exacerbate vulnerability,” she added.

“Apart from any adverse impact on potential victims of modern slavery, there is a lack of evidence that harsher penalties will have the deterrent effect envisaged.”

The commissioner said the plans to limit the time non-UK nationals have to disclose that they are survivors of exploitation “failed to take account of the trauma experienced by modern slavery victims”.

“Narratives are likely to emerge piecemeal, becoming more coherent as trusting relationships are established and victims feel able to speak about their experiences more openly. I am concerned that these changes would make the identification of victims of modern slavery harder,” she added.

Dame Sara said she was “particularly concerned” by plans to prevent many foreign offenders from being able to access support through the NRM, adding: “There is a real risk this will limit victim engagement in prosecutions and therefore significantly undermine the ability of law enforcement to bring traffickers to justice.”

Her warnings to the home secretary come amid growing concern that the Nationality and Borders Bill, if passed, will cause further harm to those in need and risk breaching international legal commitments to refugees.

The UNHCR warned earlier this year that the plans would “damage lives” and undermine international cooperation on refugee issues, expressing “deep concerned” about the “discriminatory two-tier” approach.

Maya Esslemont, director of charity After Exploitation, welcomed the anti-slavery commissioner’s letter to Ms Patel, and warned that the bill would “penalise some of the most vulnerable in society” and make modern slavery support “even harder to access”.

A Home Office spokesperson said: “Human trafficking has absolutely no place in our society and we are committed to fortifying our immigration system against these heinous crimes, whilst ensuring victims are protected and offenders prosecuted.

“The government’s New Plan for Immigration will welcome people through safe and legal routes whilst preventing abuse of the system, cracking down on illegal entry and the criminality associated with it and discouraging people from making dangerous and life-threatening Channel crossings.

“The changes we are making seek to ensure we can identify genuine victims as early as possible to ensure they receive appropriate support, while reducing any opportunities for the system to be misused.”