A fly-in, fly-out meth cooker's claim that his prison friends coerced him into setting up a large-scale clandestine drug lab near Canberra is "fanciful" and that he went into the operation with his "eyes wide opened", a prosecutor has said.

Luke Drever, 40, and Kevin Reilly, 41, are before the Queanbeyan District Court after pleading guilty to manufacturing a large commercial quantity of a prohibited drug on January 9-11 in 2020.

Agreed facts state that the operation was at a property in Harolds Cross, southeast of Canberra, where jerry cans containing an oily liquid from the crime scene were seized after police surveillance.

Forensic analysis showed the cans contained about 45kg of meth oil, which the court on Wednesday heard was worth up to $160m.

Drever, who used false identification to fly from Adelaide to Canberra, previously gave evidence that people who protected him in a South Australian prison - where he served a term for similar offending - had demanded post jail he cook meth for them as away to repay the debt.

The offender said the collaboration was formed to also gain protection from another prison associate's threats, which included burning his house down.

Crown prosecutor Paul Kerr on Wednesday said Drever's explanation "simply doesn't make sense" because the people who were chasing him to repay the debt asked him to cook meth only after they coincidentally met him at a shopping centre three years after they were released.

"The Crown says that's just a fanciful explanation. He went into this as a voluntary participant," Mr Kerr said.

"There's no attempt by these people to keep track of Mr Drever to claw back the debt."

The prosecutor said Drever being paid about $40,000 in advance was also another factor because if the offender were coerced, they would not pay him.

Mr Kerr said Drever's previous conviction was an aggravating factor and that the offender had been to the Harolds Cross property previously and therefore "would've known the whole process was ready for him".

Kieran Ginges, defence lawyer for Drever, said the court should find the duress his client claimed was a fact and one that goes towards mitigation.

Mr Ginges said Drever, who has training in chemical engineering, was only a fly-in, fly-out specialist and had no interest in the next production stage of the drug.

"He has no decision-making power, he has no ownership of any of the [manufacturing] items," Mr Ginges said.

"His role was very specific, incredibly important of course, but he was certainly not a principal."

Mr Ginges said Drever had a number of other mitigating factors, including the prolonged treatment for his bowel issues while in custody, which the lawyer described as "not a humane way of treating prisoners".

Mr Ginges said that after Drever was released from the South Australian jail in 2013, he lived a prosocial life and worked in the building industry and that he intends to return upon release for the latest offending.

During the sentencing hearing, Judge Robyn Tupman scrutinised both counsels' arguments, including whether Drever's prison associates actually existed and if they did, how valid their threats were.

"There's nothing in the telephone intercepts to suggest these people are so dangerous ... nothing to suggest they were threatening at all to either one [of the offenders]," Judge Tupman said.

The judge also questioned where both offenders were in the hierarchy of the drug syndicate, saying Drever's involvement was a "one-off as a specialist for a syndicate of which he's not the head".

Ertunc Ozen SC, representing Reilly, said his client had little awareness of being involved in the manufacturing leading up to January 9.

"It is conclusively established that no manufacture whatsoever took place whilst he was the only person on the property," he said.

Mr Ozen said Reilly did not have any specialist skills, nor was he in a position to start the manufacturing process.

Judge Tupman is scheduled to deliver her sentences on Monday. 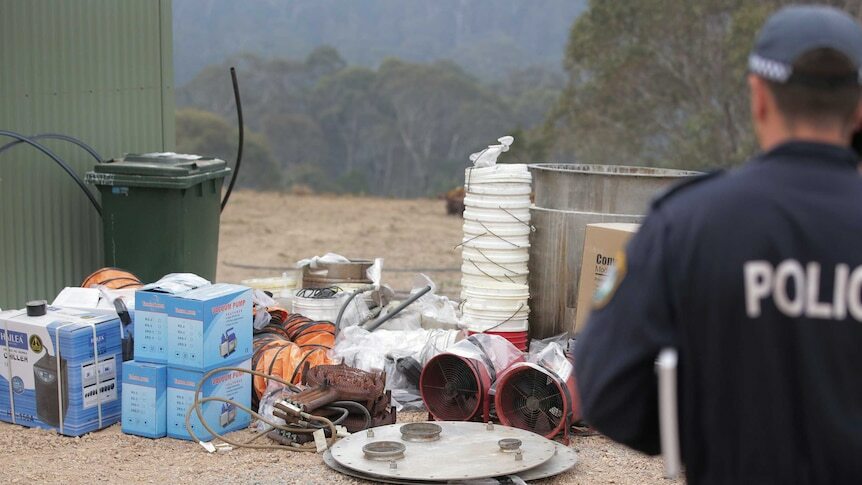 ABC News
One subscription that gives you access to news from hundreds of sites
Great Scott! This DeLorean's being converted to a new fuel source

A metal detector located the phone when Harri Pullen’s cell at HMP Swansea was searched.