Prince William was booed by football fans at Wembley stadium during the FA Cup final between Liverpool and Chelsea.

The Duke of Cambridge, who is President of the FA, was jeered by fans as he was introduced to Liverpool and Chelsea players shortly before kick off.

Obscene gestures could then be seen amongst the crowd during God Save The Queen and the hymn Abide With Me, which has traditionally been sung at English football's showpiece event since 1927.

The behaviour of the fans involved has since sparked fury across the political landscape.

"The FA Cup final should be an occasion when we come together as a country. It should not be ruined by a minority of fans' totally shameful behaviour. In this year of all years – the Queen's Platinum Jubilee – this is dreadful."

Conservative MP and former Culture Secretary Karen Bradley said: "It is utterly unacceptable and disgraceful that fans booed Prince William. I would urge the FA to take all necessary action and pursue those responsible."

Leader of the Liberal Democrats, Sir Ed Davey also had his say: "We have the most wonderful Monarch and those fans who booed do not represent their clubs or our country."

Liverpool Echo football writer Connor O'Neill, meanwhile, explained why fans of the Anfield club choose to distance themselves from the National Anthem.

"The origins of why the red half of Merseyside boo the national anthem can be traced back to the 1980s," he said.

"The Conservative government's 'managed decline' of the city was then followed by the failings of the government following the Hillsborough disaster further entrenched those feelings. A flag regularly spotted at Anfield reads 'scouse not English' and will most likely be on display at most games.

"While in recent years, the people of Merseyside feel they continue to be let down by the state and believe the foodbanks outside Anfield and Goodison (Park, home of Everton FC) is evidence of widening inequalities."

Liverpool emerged victorious, beating Chelsea 6-5 on penalties after extra time. It marked the club's eighth FA Cup triumph, and a first since 2006.

As William handed out winners' medals to the Reds' players afterwards, however, no jeering could be heard. 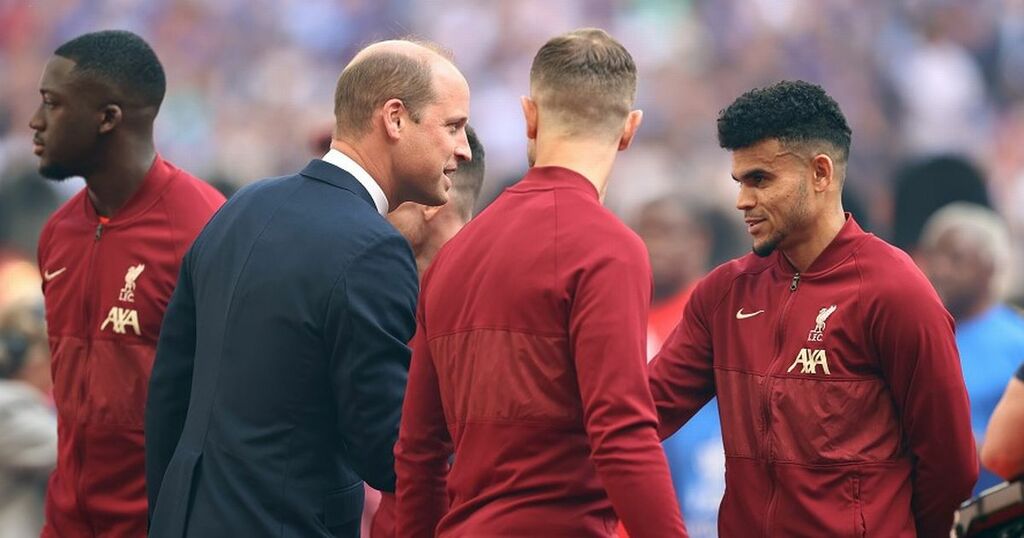 Fans at Wembley stadium boo Prince William during FA Cup Final
The behaviour of the fans involved has since sparked fury across the political landscape.

The Duke of Cambridge was meeting players at Wembley