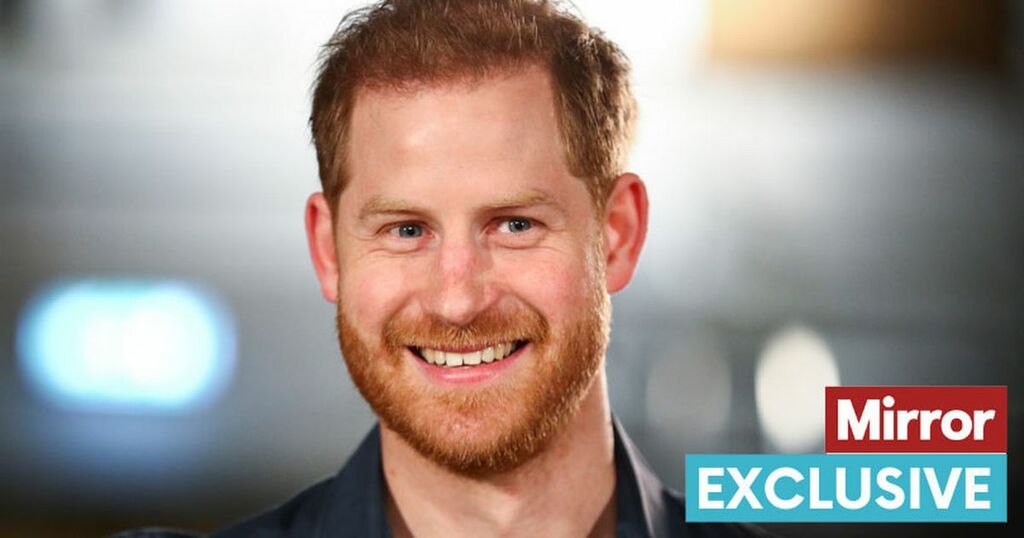 Perhaps, he can go the whole hog and dress-up as a court jester for his own 37 th – confirming what many now think of him.

The problem for Harry, as midlife approaches, is his laddish larking around has now worn as thin as his ginger locks.

His whinging about his family and audacity to complain being “cut off” financially by his dad, have seen the once popular royal frontline ‘action man’ literally go from hero to zero.

The Sussexes’ contradictory barbed comments in that distasteful PR stunt, the Oprah interview, has backfired spectacularly.

Accusing the royal family of harbouring a racist and being uncaring about Meghan’s mental health issues, seems to have rebounded too in the UK, and now even in the US.

Now with his tell-all book promising more bellyaching from the privileged ex-royal – who is clinging onto his birthright title as if his life depends on it - about the family he once praised for the way they embraced Meghan.

Who can forget his gushing interview on Radio 4 in 2017 after Meg had spent Christmas at Sandringham with the Windsors, who he described as “The family I suppose she’s never had?”

It was, after all, a comment that infuriated Meghan’s father, Thomas Snr, who had doted on Meghan and spent a small fortune on her expensive private education from his lottery win.

Harry’s apologists say, as he puts the final touches to his poisoned penned memoir, he is 'happier than ever'.

They say he doesn't miss his old life at all and is happy living in his fairy-tale $14 million mansion in La La Land. (Montecito, Santa Barbara).

But is he really content? Is he really thriving? What, apart from learning to juggle, is he doing?

I remember chatting to Harry on a plane flying from Australia to New Zealand in 2015, just after I exclusively revealed he was quitting the army life he loved that year.

I asked what he planned to do next, and he joked – give my exclusive – that I would know before him.

It was all very light-hearted.

He was single then, but the jokes aside I sensed that was fired up about using his royal status to make a real difference.

Harry wanted to use his influence to help injured service personnel, we talked about the development of new prosthetic limbs, and desperate to stop illegal poaching of endangered species.

He was determined too, to follow in his mother’s footsteps and make a real difference in trying to eradicate AIDS.

This was then a man on a mission.

This was pre-Meghan and as we all know marriage changes us all.

Do you agree? Have your say in the comment section below.

He obviously loves Meghan to bits and is thrilled to be a dad to his beloved Archie and Lilibet.

But I cannot help thinking he has had to sacrifice a lot – his military links in the UK and abroad for one - to find this marital and family harmony.

His relationship with his father, Prince Charles, who he always got on very well with – perhaps even better than William did – is now at an all-time low.

He doesn’t speak to his brother, who despite claims of a rapprochement, is still at a loss about his brother and irritated over the royal racism claims.

The tension was palpable at their grandfather, Prince Philip’s funeral in April, and they barely exchanged a word when they in unveiled the statue honouring their mother in July.

Harry claims too to be on good terms with his 95-year-old grandmother, The Queen, yet that closeness hasn’t stopped her lawyering-up ahead of his tell-all book, putting his publishers on notice that the royal family wont tolerate another onslaught based on more varying recollections of the truth.

The fact that the palace backed the BBC reporter over the silly row of who knew and said what over the naming of Lilibet, showed Harry and his and busy lawyers, that the Queen will stand up for herself in defence of the institution she serves.

As he blows out his candles on his birthday cake and reflects it is hardly, a moment when he can sit back and think, “I made it’”.

There is no doubt he will be careful what he wishes for. Surely, as he juggles his many balls, he may start to realise he has had to sacrifice a lot and, perhaps, has missed opportunities to make a real difference.

His newfound freedom may be a shiny adventure right now.

But like the Duke of Windsor, who gave top his throne for love, as he gets older that shine may begin to dull.

On his 18th birthday he vowed to “to carry on the things that she didn’t quite finish” with regard to Diana’s charity work.

After signing the $150million Netflix deal they announced they would provide 'hope and inspiration' with their upcoming documentaries, feature films and children's programming.

Perhaps we will see evidence of that soon.

But first will come that book, due out as his grandmother commemorates a record-breaking 70 years of service as monarch.

The contrast could not be starker.

I am sure his pledge to follow his mother’s unfinished work remains important.

Only time will tell if his new life is his destiny.

The usual birthday wishes will be posted on the social media accounts of the Queen, Charles and William and Kate. Despite tensions they are, after all, still family.

He may also chat to his father and his grandmother via video-call.

Perhaps Meghan, may appear in the background juggling some balls too to lighten the mood.