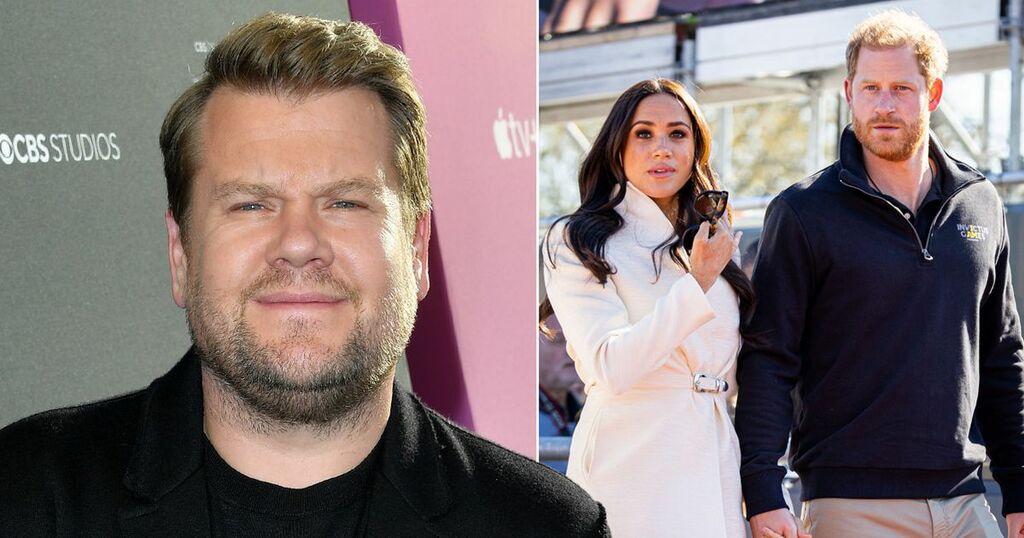 The Independent UK
Prince Harry and Meghan told Queen they didn't want to be on balcony, pal claims

It has emerged Prince Harry and Meghan Markle plan to bring their children Archie, three, and Lilibet, 11-months, when they…

The Conversation
Kanye West’s ultra-rare Pastelle varsity jacket can be yours for $10,000

The retro outerwear, from Ye’s first (and now defunct) streetwear brand, is one of the few Pastelle pieces left in…

Zenger
From analysis to good news, read the world’s best news in one place
Ghana's high school system sets many students up for failure: it needs a rethink

James Corden has praised Prince Harry for being a “devoted and loving husband” as he reveals that their families have gotten together for play dates.

The Late Late Show host said he is a “huge fan” of both the Duke and Duchess of Sussex, and that his experience of them “has been nothing but positive”.

In a new interview with The Sun, Corden disclosed that he and his wife Julia, and their three children, had also been to visit the royals at their California home.

“It was more a sort of play date scenario [with the kids],” he said. “Then we went out for dinner after, it was lovely. Obviously, I’m not telling you any more. Obviously.”

Corden and Julia have three children – Max, 11, Cary, 7, Charlotte, 4 – while Harry and Meghan have a son named Archie, 3, and an 11-month-old daughter, Lilibet.

The comedian said that while he acknowledges people have their own opinions of the couple after they stepped down as senior members of the royal family in 2020, he will always be supportive of them.

“I don’t know if it necessarily needs to be voiced the whole time but my experience of them has been nothing but positive,” he said.

“I have a huge amount of respect and admiration for Harry, and anyone who has been around him and spent time with him would feel exactly the same way.

“I think he is a devoted and loving husband and father and I think what they have done [in turning away from royal life] is incredibly brave and I’ll always be in their corner. I have nothing but admiration and respect for them. I think it’s impossible to judge any of it really.”

Earlier this month, Harry and Meghan announced they will be attending the Queen’s Platinum Jubilee celebrations in June.

The occasion will mark Lilibet’s first visit to the UK, and the first time Archie has returned since 2020.

However, the family will not appear on the balcony of Buckingham Palace during the Trooping the Colour ceremony, as the Queen has limited the line-up to working members of the royal family only.

“After careful consideration, the Queen has decided that this year’s traditional Trooping the Colour balcony appearance on Thursday 2nd of June will be limited to Her Majesty and those members of the Royal Family who are currently undertaking official public duties on behalf of the Queen,” a Buckingham Palace spokesperson said.

The Duke and Duchess came back to the UK together last month to visit the Queen at Windsor Castle before making their way to The Hague, Netherlands, for the Invictus Games.

Prince HarryJames CordenArchieJuliaLilibet
Sign up to read this article

The Independent UK
Prince Harry and Meghan told Queen they didn't want to be on balcony, pal claims

It has emerged Prince Harry and Meghan Markle plan to bring their children Archie, three, and Lilibet, 11-months, when they…