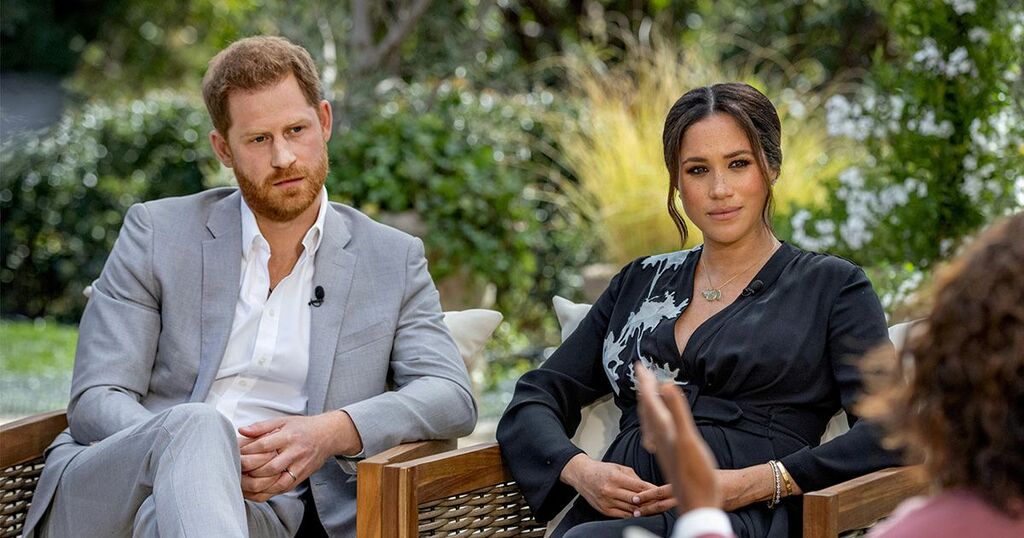 Prince Harry and wife Meghan Markle's explosive American TV interview with Oprah Winfrey lost out at the Emmy Awards on Sunday to a series about Italian food and culture.

Oprah's two-hour sit-down with Harry and Meghan in March sent shock waves through the British monarchy when Meghan accused Britain's royal family of raising concerns about how dark the skin of the couple's first child would be.

She also revealed that the stress of life as a royal newlywed had pushed her to the brink of suicide.

It was a highly-anticipated interview considering the couple decided to quit their royal duties in early 2020.

Harry and Meghan then moved to California so they could live a more peaceful life away from the stress of the spotlight.

Their interview was watched by more than 49 million people around the world in just three days, according to CBS.

Oprah and her team were nominated for an Emmy Award in the Best Hosted Non-Fiction Series category.

However, they lost out to Stanley Tucci's programme Searching For Italy, which is a travel and food show.

Other contenders included My Next Guest Needs No Introduction With David Letterman and Vice Showtime.

Neither Harry nor Meghan attended Sunday's low-key ceremony for creative arts, which precedes the main Emmy Awards show next week.

The two-hour special first aired on March 7 and caused controversy after Meghan and Harry shared some unsettling revelations during the chat with Oprah.

It was recently claimed in a book that Meghan and Harry were "nervous" about the Oprah interview.

In the couple's unauthorised biography, Finding Freedom, it was said that the two were afraid of "challenging the system".

The extract also says that Harry and Meghan were nervous about sitting down with Oprah but decided they needed to speak up now, or never, according to the Daily Mail.

It read: "There were so many things they were unable to say [before stepping back from their royal roles]."

It follows Harry and Meghan's romance and their shot period as members of the monarchy before they left to start a new life for themselves in the US.