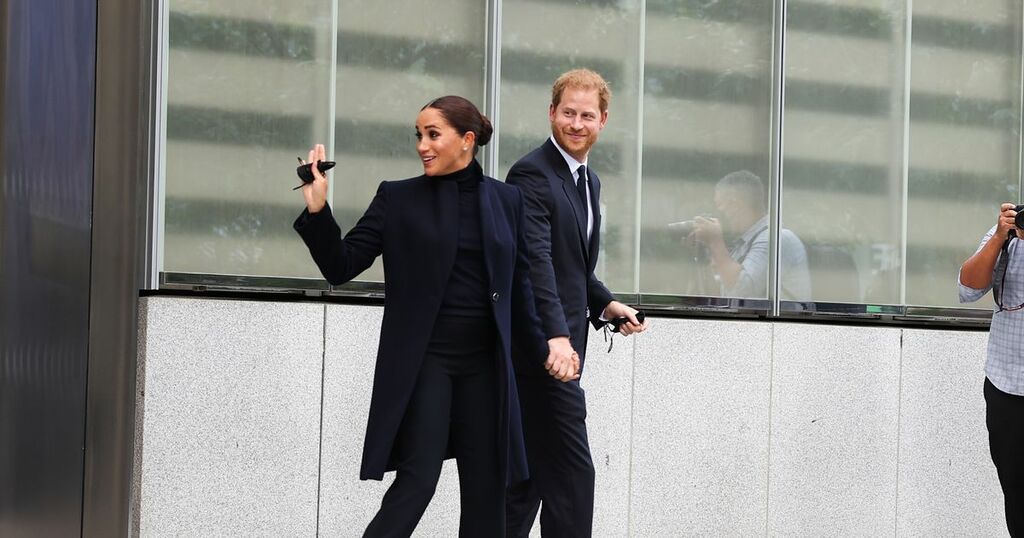 Since stepping down as senior royals, Prince Harry and Meghan Markle have been working to become "financially independent".

And one way they have been doing that is by stepping into the corporate world, taking on new jobs and signing multi-million dollar business deals.

Just yesterday, the couple announced they were entering the financial world having become "impact partners" and investors of a sustainable investment firm called Ethic, which has $1.3billion under management.

The pair announced the move on their Archewell website and said the roles would help them "put their values into action".

But how else do they make money? And what other deals have they signed? Here we take a look...

Harry and Meghan's biggest deal so far appears to be with Netflix, which they will work with to create "content that informs but also gives hope".

It is unknown exactly how much the deal is worth but it has been reported it could be worth $112 million.

Programmes in the works are a documentary about the Invictus Games that Harry founded and a children's series about a young girl called Pearl and her adventures, where Meghan will act as executive producer.

Their productions will be exclusive to Netflix, which has over 200 million subscribers worldwide. Insiders previously revealed that content centred on social messages, racial justice, gender equity and the environment feature heavily in Harry and Meghan's shows.

Meanwhile, last month, it was reported that Harry was spotted with a mic during his and Meghan's tour of New York.

The black wire could be seen sticking out his trouser pocket and into his shirt and it has been suggested the couple may have been recording content for their Netflix deal.

Another big money deal signed by the Sussexes is with Spotify, which is said to be worth £30million.

It will see them produce podcasts that promote “diverse and inspiring voices” under the couple's brand Archewell Audio.

Since signing the deal, only a short trailer and a Christmas special podcast have been released.

It featured interviews with Sir Elton John and James Corden as well as a short clip of their son Archie wishing listeners a happy new year.

The programme – Harry’s debut as an executive producer – was screened exclusively on Apple’s streaming service, Apple TV+ and was called The Me You Can't See.

It is unknown how much Harry was paid but Apple is understood to have wanted to tie him into a long-term deal worth millions before he signed his exclusive agreement to produce for rival Netflix.

Last year, Meghan also enlisted the help of Oprah to help sell a vegan brand of coffee she had invested in.

The Duchess backed the firm Clevr Blends – a start-up that makes instant oat-milk lattes – as she reportedly “begins to build a portfolio of startup investments”. However, the value of the deal is unknown.

The business plans to use the investment to scale its business, which currently sells four different kinds of instant lattes retailing for £21 per packet. Customers buying a pack also get a milk frother and a travel mug.

The brand also donates one per cent of its revenue to food poverty charities in the US.

Both Harry and Meghan have entered the world of publishing with both either working or have worked on books.

Meghan wrote a children's book called The Bench, which was inspired by a poem she wrote for Harry shortly after son Archie was born.

It is unknown if Meghan received an advance for the book, but a branding expert told MailOnline an advance could have been worth £500,000.

Meanwhile, it was announced earlier this year that Harry would be releasing a "wholly accurate and truthful" memoir, which will be published next year.

Announcing the new book, Harry said: "I'm writing this not as the prince I was born but as the man, I have become.

"I've worn many hats over the years, both literally and figuratively, and my hope is that in telling my story - the highs and lows, the mistakes, the lessons learned - I can help show that no matter where we come from, we have more in common than we think."

However, it has been revealed that proceeds from the book will be donated to charity.

In March, Harry revealed he was taking a job with a San Francisco-based start-up whose app uses a 'Tinder-style' system so users to scroll through and 'match' with counsellors and life coaches.

In his new role, Harry will help promote mental fitness and expand BetterUp's roster of coaches and customers, among other duties, a company blog post said

The company's chief has kept his lips sealed on the sum paid for his celebrity hire.

However, a US-based apps investor, told the Mirror the royal's star appeal to clients could bring handsome compensation of £500,000 to £2million a year "at a minimum" including salary and equity.

Now the couple's latest venture is with a sustainable investment firm called Ethic.

Yesterday, they revealed they have become "impact partners" and investors in the fintech asset manager, which has $1.3billion under management.

It is believed that the couple were introduced to the firm, which only invests in companies that they deem to have acceptable environmental and social goals, by friends. It is unknown how much they have invested or what they are being paid.

A statement from the couple said: "When we invest in each other we change the world…

"We believe it’s time for more people to have a seat at the table when decisions are made that impact everyone. We want to rethink the nature of investing to help solve the global issues we all face.

"Our impact partnership with Ethic is one of the ways we put our values in action."

Meanwhile, in a joint interview with Harry, Meghan told DealBook : “From the world I come from, you don’t talk about investing, right?”

“You don’t have the luxury to invest. That sounds so fancy.

“My husband has been saying for years, ‘Gosh, don’t you wish there was a place where if your values were aligned like this, you could put your money to that same sort of thing?'”