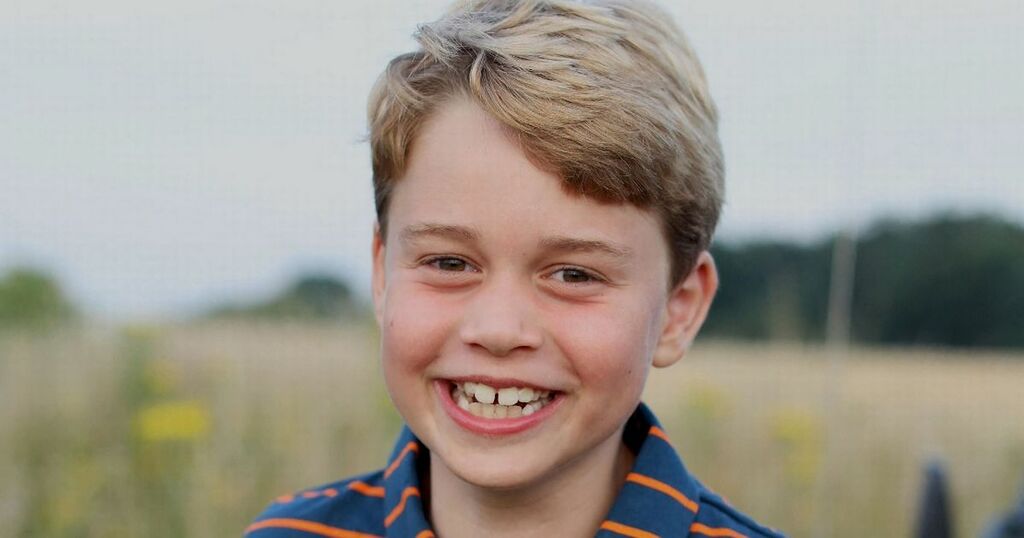 It seems like just yesterday that a shy Prince George clutched his dad Prince William's hand as he arrived for his first day at school.

But this week the eight-year-old is starting a brand new school year at Thomas's Battersea, going into Year 4.

The private prep school in South London caters for children up to the age of 13 - so it's possible that George will carry on his education there until then.

But once he becomes a teenager, his parents the Duke and Duchess of Cambridge will have a big decision on where he should continue his schooling.

And even though it is not for a good few years yet, several schools are rumoured to be in the mix of where he could attend.

Here we take a look at the possible contenders...

If Kate and William want George to follow in the footsteps of his dad, he could well go to Eton College in Berkshire.

Both William and uncle Prince Harry went to Eton, where they were able to easily visit the Queen when she was nearby in Windsor.

The school would also be close by if the Cambridges reported move to Windsor becomes a reality. The Queen is also likely to spend more time at Windsor Castle going forward, and Princess Eugenie and her family also live nearby in Frogmore Cottage.

The boys-only boarding school dates back to the 1400s with fees reaching an eye-watering £48,501 per year.

Former pupils include 20 prime ministers such as David Cameron and Boris Johnson, other royals such as the Duke of Kent, and actors including Eddie Redmayne and Tom Hiddleston.

Royal expert Duncan Larcombe told OK!: "They [Kate and William] may well plump for Eton, the school where kings and prime ministers go."

Another option for George could be his mum Kate Middleton's former school Marlborough College in Wiltshire.

It is considered a top boarding school in the UK, and it has incredible sports facilities and grounds.

In 2018, Tatler rated the college for its "strong pastoral care" as well as its "excellent exam results" - saying the spot is "perfectly suited for teenagers".

It's a bit cheaper than Eton at £39,000 per year for boarders, and is said to take a mixed ability intake with pupils consisting of both boys and girls.

Kate clearly flourished at the school and left with three A-levels - two at a grade A and one at grade B - as well as 11 GCSEs.

Duncan said: "I wouldn’t be surprised if they plumped for Kate’s school, Marlborough. It’s a mixed school and a very good one, so they might want to make a statement and send the children there."

During his schooling, Prince William started attending boarding school at the age of eight, enrolling at Ludgrove Prep School in Berkshire.

And with George now the same age as his dad when he started to board - could this school be a possibility?

Ludgrove caters for around 200 boys aged eight to 13 with fees of just under £30,000 per year. Former pupils also include Prince Harry and adventurer Bear Grylls.

Its location means it is close to both the Queen at Windsor and Kate's parents Michael and Carole in the village of Buckleberry.

However, royal expert Duncan previously told OK!: "It's my understanding for some time, possibly even before George was even born, that William was quite keen that any child he had wouldn't be packed off to boarding school."

A popular school for young royals in the past has been Gordonstoun School in Moray, Scotland.

According to the school's website, Gordonstoun is a "world leader in character education".

It adds: "Our curriculum, which is unrivalled in breadth, helps every child to achieve their full potential."

But given its location in northern Scotland, will it be considered by William and Kate?

If Kate and William want George to remain in London, he could end up sticking with what he knows.

It will welcome its first intake of pupils this month and says it will offer them "a world-class, progressive education from 11 to 18, which is forward-thinking and outward-looking with values at its heart".

The school is located in the Royal Academy of Dance building in South London and according to the Daily Mail, has already been dubbed the "South London Eton".