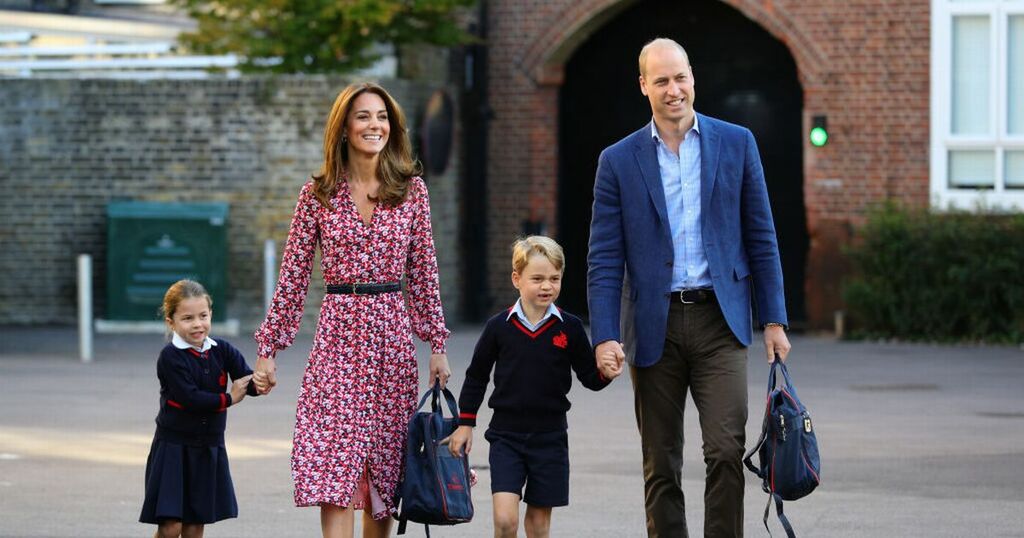 Royal children Prince George and Princess Charlotte have an incredible selection of after school classes to choose from including ninja lessons and breakdancing.

Prince George, 8, and Princess Charlotte, 6, both attend Thomas's School in Battersea, south-west London, where they are spoilt for choice with the impressive number of extra-curricular clubs on offer.

The youngsters are heading back for a new term tomorrow as Prince George joins year four and his sister year two.

It's likely they'll be excited to get involved a with few of the wide selection of activities once the school bell rings.

Despite the school's exclusivity, the royal kids study roughly the same subjects as any other child their age.

Topics include literacy, numeracy, science, history and geography, according to the school website.

But, once the learning is over, the youngsters have a dizzying choice of over 60 clubs on offer.

Some, like Winter Sports, are a seasonal affair, while activities like Wheel-Based Pottery and Mindfulness run all year.

George and Charlotte will likely be giddy with excitement at all the opportunities they have to choose from.

From ninja lessons, hip-hop classes, and even Mad Scientists experiments, there seems to be something for everyone.

The future king will no doubt give horse riding a go as he has likely inherited his family’s love for the sport and passion for activities like polo.

Another club that is looking to be a likely choice for Prince George will be swimming.

While he has regular lessons at school, he will certainly need to be a strong swimmer if he is to carry on this very special royal tradition.

His father became the third generation of the family to take on the presidency of the British Sub-Aqua Club (BSAC), following in the footsteps of his father, Prince Charles and his grandfather, the late Prince Philip.

At an event William spoke to BSAC members and said: "It's a great honour to be here with my father and accept the presidency of the British Sub-Aqua Club, continuing that from my grandfather as well."

"For the moment bath time is quite painful, but I imagine as he gets a little bit older, donning a mask and snorkel might calm him down."

Prince William - who has been the patron of Swim England since 2017- was also the Captain of the water polo team during his time at St Andrew’s University.

As for Princess Charlotte, her father previously revealed that she loves one activity more than anything else, saying: "My daughter Charlotte loves dancing."

So it’s very likely that the little Princess will be throwing some serious shapes in after school clubs like Break dancing, Ballet and Modern Dance.

Perhaps she will also opt to give one of her mother’s favourite hobbies a go and strap on an apron to make some yummy goodies in the Cookery club.

Aside from other activities to indulge in (such as Woodwork, Judo, Music Technology and Fencing), the little royals will be aware of one skill they need to have down to a fine art by the time they are full-time working royals.

The club that will be incredibly useful for George and Charlotte will be Public Speaking. As the young royals have a future ahead of them which will consist of speech making and appearing in public, it is highly likely they are getting a head start now.