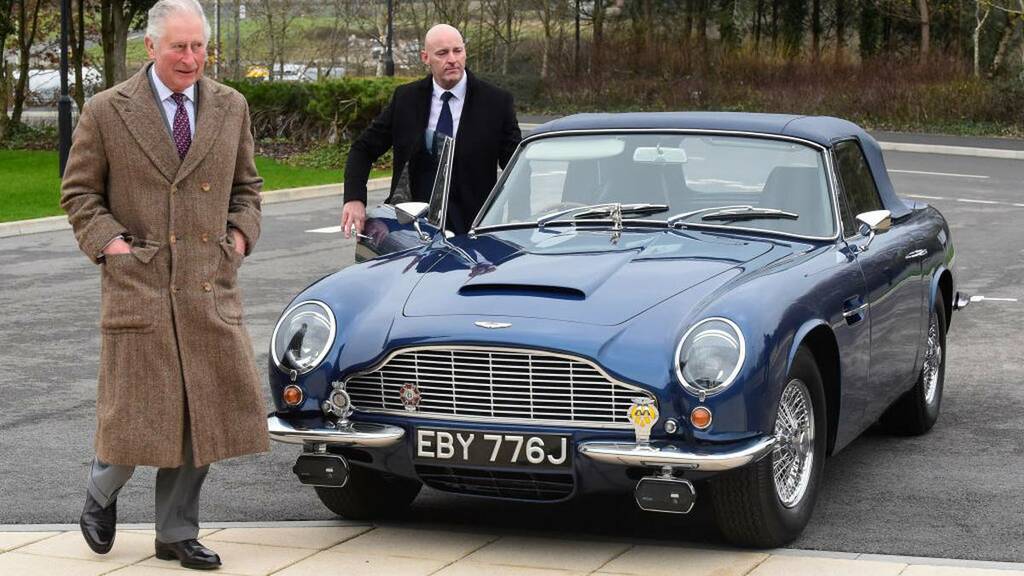 HRH the Prince of Wales has unveiled a set of wheels with a distinctly odd power source.

Prince Charles has revealed a retrofitted Aston Martin which has been modified to run on "surplus English white wine and whey from the cheese process".

Ahead of next month's Cop26 climate summit in Glasgow, the Prince gave an interview to the BBC regarding the car's biofuel.

Called E85, the fuel is a potent cocktail of distilled bioethanol from waste wine and fermented dairy solids.

The vintage Aston Martin DB6 which has been in the prince's possession for 51 years was modified to run on the mixture - roughly 85-per cent biofuel cut with 15 -per cent unleaded petrol.

While the Prince may have weaned his sports car off petroleum, experts have warned that biofuel may not be a scalable solution.

As you might imagine, the exhaust is still pretty potent.

"On a large scale biofuels do more harm than good, driving deforestation and land use change that worsens the climate crisis."

The project for an alternative to petrol was first discussed during a documentary two years ago.

He revealed the in the doco Charles at 70 that not everyone was thrilled with the idea:

"I said, 'Well I won't drive it then', so they got on with it and now they admit that it runs better and is more powerful on that fuel than it is on petrol."

"It smells delicious as you're driving along," he said.

Charles gave a demonstration of the alternative-fuelled auto at the Queen's Balmoral Estate in Aberdeenshire.

Once the European petrochemical capital and a tap into the North Sea's oil and gas reserve, the region is trying to move beyond fossil fuels.

Although Charles' motor may run on cheese, the prince does not.

The heir to the throne said he was cutting back on his own emissions and carbon footprint by restricting his own dairy intake.

"I haven't eaten meat and fish on two days a week and I don't eat dairy products on one day a week," he said. "If more did that, you would reduce a lot of the pressure."

The Prince's plea to world leaders attending the climate summit in Scotland was for commitments to actions rather than "just talk".

"The problem is to get action on the ground," he said, rather than a lot of hot air.