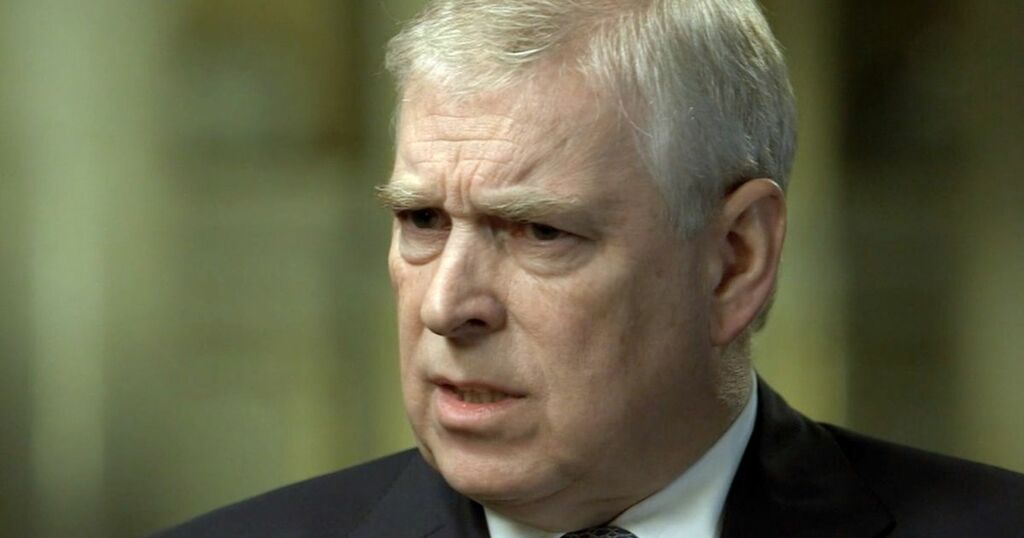 Prince Andrew will face a court showdown over allegations he sexually abused a 'teen sex slave', a judge has ruled.

Judge Lewis Kaplan today ordered a trial over Virginia Giuffre's claims that the Duke of York abused her when she was trafficked by paedophile financier Jeffrey Epstein.

Andrew's legal team had argued that the case should be dismissed.

Epstein and Ghislaine Maxwell, who was convicted of child sex trafficking crimes last month, forced the then 17-year-old into having sex with Andrew, Ms Giuffre claims.

The royal has vehemently denied the allegations.

The bombshell ruling comes after a secret 12-page arrangement between Giuffre and Jeffrey Epstein was made public.

The royal's legal team argued the document shielded him from claims by Ms Giuffre and the civil case against him should be thrown out without trial.

US District Judge Lewis Kaplan made his ruling after a video conference hearing with representatives for the Queen's son. The prince was not present.

Outlining his reasons for denying the Duke of York's motion to dismiss the civil case against him, the judge said an agreement in the civil settlement between Epstein and Ms Giuffre "cannot be said" to benefit him.

In his ruling, he said: "The 2009 Agreement cannot be said to demonstrate, clearly and unambiguously, the parties intended the instrument 'directly,' 'primarily,' or 'substantially,' to benefit Prince Andrew.

"The existence of the requisite intent to benefit him, or others comparable to him, is an issue of fact that could not properly be decided on this motion even if defendant fell within the releasing language, which itself is ambiguous.

"Thus, independent of whether the release language applies to Prince Andrew, the agreement, at a minimum, is 'reasonably susceptible to more than one interpretation' on the equally important question of whether this defendant may invoke it."

The Duke's relationship with his former billionaire pal Epstein stems back to 1999 when he was reportedly introduced to him through Maxwell.

Andrew had been a friend of Maxwell's since her time at the University of Oxford.

The royal flew alongside Epstein on his private jet in February 1999, when he is believed to have travelled to the financier's private island Little St James in the US Virgin Islands.

The royal invited both Epstein and Maxwell to the Queen's Dance of the Decades event at Windsor Castle in June 2000.

Throughout the year Andrew and Maxwell attended private parties and events together in the UK and US.

The pair went abroad together several times, including to Florida and Thailand.

The Duke even threw her a surprise party at Sandringham Estate in December 2000, with Epstein pictured at the bash.

Andrew later described it as a 'straightforward shooting weekend' as he defended himself against Ms Giuffre's claims in an agonising BBC Newsnight interview.

Andrew told the BBC he used to see Epstein a maximum of three times a year and said had been on his private plane, stayed on his island and in his homes in Palm Beach, Florida and New York.

The paedophile pleaded guilty to soliciting a minor for prostitution in a deal with prosecutors in 2008 and was sentenced to 18 months in jail.

The royal insisted he only met up with his disgraced pal to end their friendship.

Andrew attended a small dinner party and stayed at Epstein's New York Mansion during the visit.

He told the BBC: "It was a convenient place to stay.

"I mean I've gone through this in my mind so many times.

"At the end of the day, with a benefit of all the hindsight that one can have, it was definitely the wrong thing to do.

"But at the time I felt it was the honourable and right thing to do and I admit fully that my judgement was probably coloured by my tendency to be too honourable but that's just the way it is.

"The truth of it is is that I actually only saw him for about, what the dinner party, the walk in the park and probably passing in the passage."

Despite cutting ties with Epstein, Andrew continued to stay in touch with Maxwell.

He claimed he last saw her in the spring or summer of 2019, although Andrew said they did not discuss Epstein because he 'wasn't in the news'.

Andrew has denied all accusations made by Ms Giuffre - including that he had sex with her when she was 17 at the London home of former Epstein associate Ghislaine Maxwell and that he abused her at two other Epstein properties.

The prince has not been charged with criminal wrongdoing.

He has accused Ms Giuffre of seeking another "payday" in her campaign against Epstein and former associates, from whom she sought $50 million in a since-settled 2015 defamation lawsuit.

Ms Giuffre is suing the Queen's son for allegedly sexually assaulting her when she was a teenager.

She claims she was trafficked by disgraced financier Epstein to have sex with Andrew at the age of 17.

A third sexual assault is alleged to have taken place when the accuser was 18 on a private Caribbean island owned by Epstein.

In 2019, Andrew asked the Queen to step back from royal duties over the Epstein scandal.

Earlier that year, he took part in a car crash BBC interview in which he opened himself up to further accusations with critics saying he failed to show remorse for Epstein's victims after refusing to say he regretted their friendship.

He insisted one encounter did not happen as he remembered specifically taking his daughter, Princess Beatrice, to Pizza Express in Woking.

The Duke also dismissed having a sexual encounter with Ms Guiffre and she described him to have been "sweating heavily" on the nigh they allegedly partied at Mayfair's Tramp nightclub in March 2001.

Andrew has disputed these claims and insisted Ms Guiffre's claims are impossible owing to a medical condition he had at the time which meant he did not sweat at all.

Epstein killed himself in a Manhattan jail cell in 2019 at the age of 66 while awaiting trial on sex abuse charges.

Maxwell, 60, was found guilty of five sex trafficking offences last week and may spend the rest of her life behind bars in the United States.