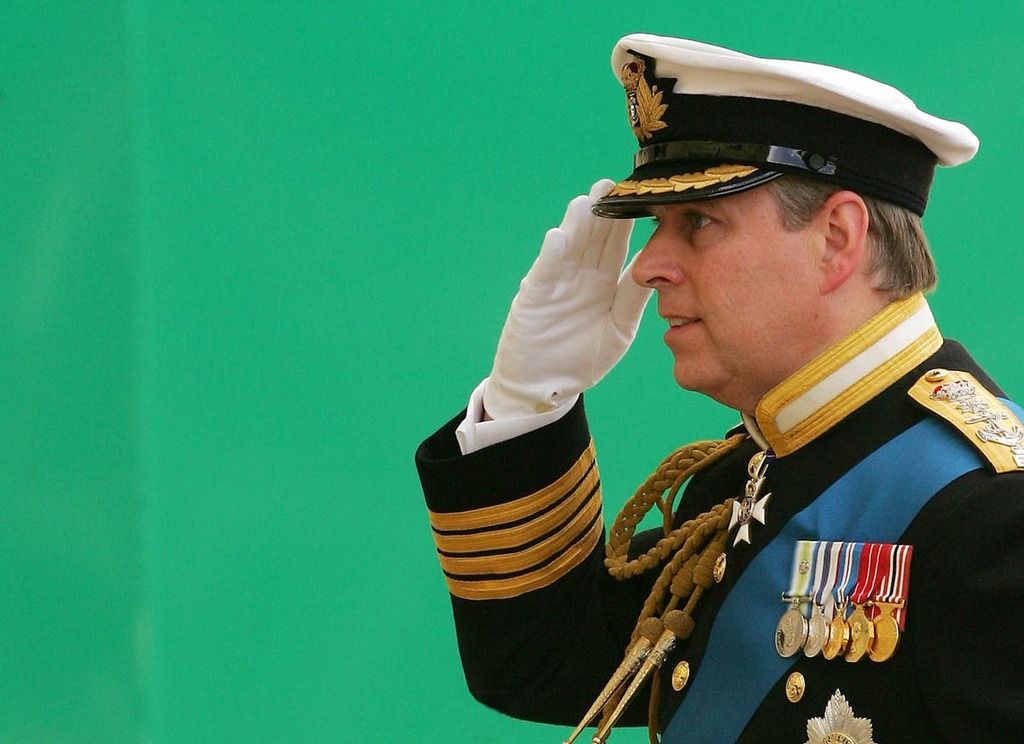 The Queen has stripped Prince Andrew of his military titles and royal patronages in the wake of a US judge allowing a civil sexual abuse case involving her son to move to trial.

The Duke of York will now defend the case as a “private citizen” Buckingham Palace announced, while it is believed he will cease to be called His Royal Highness (HRH) in any official capacity.

On another highly damaging day, courtiers sought to stem the reputational harm to the monarchy by removing the duke from official royal life while distancing him from the wider family.

In a statement, the palace said: “With the Queen’s approval and agreement, the Duke of York’s military affiliations and royal patronages have been returned to the Queen.

“The Duke of York will continue not to undertake any public duties and is defending this case as a private citizen.”

The duke’s current roles – including Colonel of the Grenadier Guards, one of the oldest regiments in the British army – will be handed to other members of the royal family, with the details of the new arrangement yet to be announced.

It is understood the decision over Andrew came after discussions among members of the Windsor family, suggesting senior royals may have been involved in the decision.

Virginia Giuffre is suing Andrew in the US for allegedly sexually assaulting her when she was a teenager.

She claims she was trafficked by convicted paedophile Jeffrey Epstein to have sex with Andrew when she was aged 17 and a minor under US law. Andrew denies all of the allegations.

The judge’s decision to allow the trial to proceed means Andrew could be forced to give evidence at a trial in the US, starting as soon as September, if no settlement is reached.

Ms Giuffre was pictured with Andrew and his friend Ghislaine Maxwell during the period the alleged intercourse took place.

Lawyers for Maxwell, who last month was found guilty of enticing vulnerable teenagers to Epstein’s various properties for him to sexually abuse, have now said they are no longer fighting to hide information – including eight names mentioned in a 2015 civil case – from Ms Giuffre’s lawsuit.

Meanwhile, Ms Giuffre’s lawyer, David Boise, has indicated his client is not interested in a “purely financial settlement” with Andrew, suggesting the prince may be dragged into a potentially embarrassing legal fight to clear his name.

“I think what’s going to be important is that this resolution vindicates her and vindicates the claim she’s made,” Mr Boise told the BBC, adding: “A purely financial settlement is not anything that I think she is interested in.”

The attorney has also raised the prospect of calling other members of the royal family to testify, including Meghan Markle, Prince Charles and Andrew’s ex-wife, Sarah Ferguson.

Earlier on Thursday, more than 150 veterans from the royal navy, RAF and army signed an open letter calling on the Queen to strip Andrew of his honorary military roles.

The group of former servicemen and women said they felt “upset and angry” that he remained a member of the armed forces and continued to hold military titles, positions and ranks, including that of vice admiral of the royal navy.

“Were this any other senior military officer it is inconceivable that he would still be in post,” they said.

As head of the armed forces, honorary military appointments are in the Queen’s gift.

Responding to the decision to strip Andrew of the posts, one of the signatories to the open letter said: “I’m just glad he’s not associated with the military now.”

Lieutenant Stuart Hunt, who served in the 1st Royal Tank Regiment, said it was an “unsavoury business” and claimed the duke had brought the armed forces into disrepute.

The move to strip Andrew of his titles is the second time in as many years that a senior royal has lost prized military roles.

In January 2020, the queen’s grandson Prince Harry and his wife Meghan announced they were retiring from royal duties and were stripped of all their patronages as well as the “His and Her Royal Highness” titles.