Prince Andrew, Prince Harry and Meghan will not make an appearance on the balcony during the Queen's Platinum Jubilee Trooping the Colour.

The Queen has limited the balcony to working members of the Royal Family for the event on Thursday, June 2.

The monarch’s decision to only include royals carrying out official public duties was taken "after careful consideration," Buckingham Palace said.

The symbolic move is likely to be interpreted as a snub to the Duke and Duchess of Sussex, who quit the monarchy for a new life in the US two years ago, and to the Duke of York, who was cast out of the institution over his civil sexual assault case.

On June 2, Trooping the Colour – the sovereign’s official birthday parade – will kick start the four days of Jubilee festivities, with 18 members of the royal family set to gather on the famous frontage, with the Queen “looking forward” the weekend of celebrations.

A Palace spokesman said: “After careful consideration, the Queen has decided this year’s traditional Trooping the Colour balcony appearance on Thursday 2nd June will be limited to Her Majesty and those members of the royal family who are currently undertaking official public duties on behalf of the Queen.”

Also set to appear for the historic occasion will be Prince George, Princess Charlotte and Prince Louis and the Wessexes’ children Lady Louise Windsor and James, Viscount Severn.

The head of state has made an exception for Anne’s husband Vice Admiral Sir Tim, who is not a working royal, and her two youngest grandchildren Lady Louise and James, and her Cambridge great-grandchildren George, Charlotte and Louis.

The Palace spokesman added: “In addition the Cambridge and Wessex children are also expected to appear as is Sir Tim Laurence, who the Queen is happy to attend as a frequent attendee and support for the Princess Royal on official engagements.”

Andrew stepped down from public duties in 2019 and just weeks ago paid millions out of court to settle a civil sexual assault case.

He was stripped of his honorary military titles and forced to no longer use his HRH style, but he played a key role in March when he escorted his mother to the Duke of Edinburgh’s thanksgiving service.

Harry and Meghan quit as senior working royals amid the Megxit saga, but there was speculation they might return to the UK to attend the Jubilee celebrations.
Andrew and the Sussexes could still make an appearance during other parts of the weekend.

A Palace source said: “Other family members will be invited to events. We’ve always made that clear and they are likely to be public events.”

The Palace refused to be drawn on whether there would be a second balcony appearance as a finale after the Pageant on Sunday.

A source reiterated past remarks about Harry and Meghan: “They are much loved members of the family and they would be invited to family events.”

With less than a month to go, the Palace released further details, including how Jubilee arrangements have been tailored for the Queen’s comfort.

There will be no ceremonial journey to the service of thanksgiving at St Paul’s Cathedral on Friday June 3, and the 96-year-old monarch, who is facing mobility issues, will use a different entrance rather than scaling the steep steps.

The 18th century Gold State Coach will appear on the streets of London for the first time in 20 years when it leads the Jubilee Pageant procession on Sunday June 5.
Archive film footage of Elizabeth II on her Coronation Day will be shown on the remodelled on the windows to evoke the image of the young monarch travelling the coach.

With the Queen expected to appear on the balcony for Trooping, attend the church service and the Epsom Derby, decisions on her appearances across the weekend are not likely to be confirmed until the day.

A Palace spokesman said: "The Queen is looking forward to the weekend and will be taking part in the celebrations but her presence will not be confirmed until much nearer the time or even on the day itself."

It will be the first time in three years that the Windsors have appeared on the balcony since the start of the pandemic, with the last time being the Queen’s official birthday parade in 2019.

Mini versions of Trooping were staged in the confines of Windsor Castle during lockdown.

Much has changed since 10 years ago when during the Diamond Jubilee, just six members of the royal family appeared – the Queen, Charles, Camilla, William, Kate and Harry – on the Palace balcony as part of a new slimmed down monarchy – with Edward, Sophie, Anne and Andrew missing out. 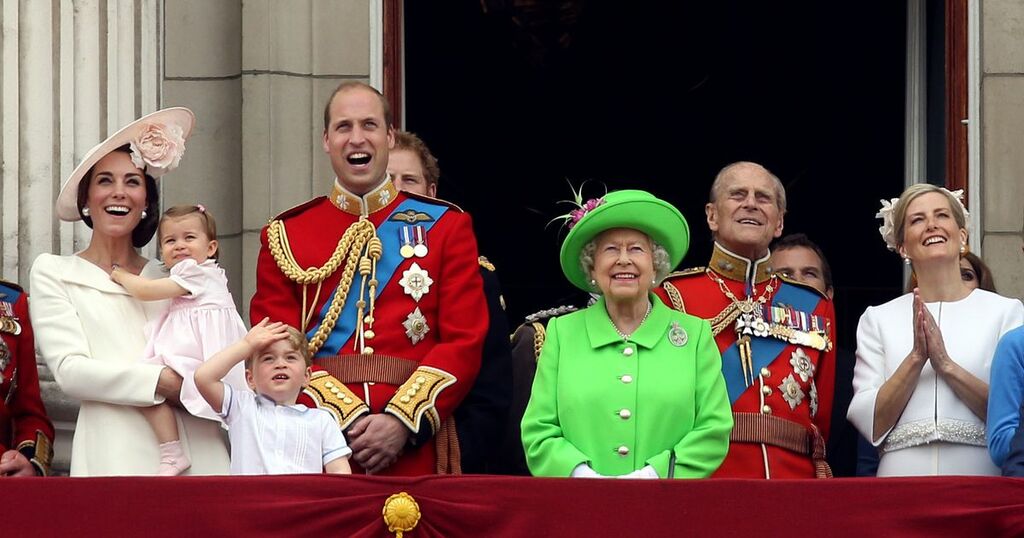 Harry, Meghan and Andrew will not join Queen for Platinum Jubilee balcony appearance
It will be limited to working royals only

Wales Online
One subscription that gives you access to news from hundreds of sites
Andrew, Harry and Meghan will not join Queen for Jubilee balcony appearance

Evening Standard
Harry, Meghan and Andrew will not join the Queen for jubilee balcony shot

Manchester Evening News
One subscription that gives you access to news from hundreds of sites
No Harry, Meghan or Andrew on balcony at start of jubilee events