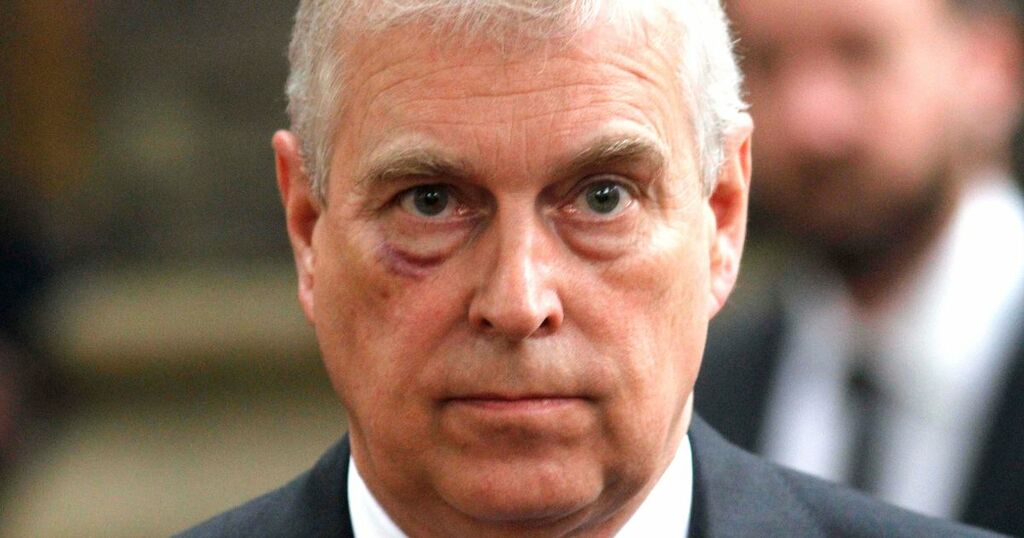 “Bullish” Prince Andrew believes he could return to public life as soon as the Queen’s Platinum Jubilee next year, sources have revealed.

The Duke of York has told his closest confidants that the scandal surrounding sexual assault allegations will “blow over”.

And he is said to be “utterly convinced” that he will brush off claims of “rape in the first degree” from a former sex slave of his disgraced late pal Jeffrey Epstein.

Andrew, 61, has earmarked a return to the royal front line in time for the Queen’s historic anniversary next year.

Despite palace sources’ insistence that Andrew will “not take part” in any of the official celebrations – when Her Majesty will mark a record-breaking 70 years on the throne – the Duke believes there is time to salvage his battered reputation.

Insiders have spoken of Andrew’s “incredibly bullish” attitude as he continues to maintain a “wall of silence” over lurid allegations by sex trafficking victim Virginia Giuffre.

Ms Giuffre, now 38, has accused the Duke of sexually abusing her at financier Epstein’s Manhattan mansion as well as his private Caribbean island, and at the London home of his lover Ghislaine Maxwell who is currently in a New York jail awaiting sex abuse and grooming charges.

She is claiming damages for emotional harm and distress which could run into millions of pounds if successful.

One source close to the royal said: “It is clear he (Andrew) has a clear and burning desire to return to work as soon as possible.

"That may look entirely impossible but if anything he’s become emboldened in recent weeks and remains utterly convinced he will not only be exonerated but will certainly forge a way back to public life.

“Certainly he has given the incredibly bullish impression that this will all blow over within a short while, rather than become a protracted issue.”

Andrew this week fled for the second time in a month to the Queen’s Balmoral estate in Scotland, after appearing to avoid multiple attempts to serve legal papers at his mansion in Windsor nearly 500 miles away.

He was reportedly “going stir crazy” living at his Royal Lodge house in the shadow of Windsor Castle, after choosing not to respond to the bombshell lawsuit filed in New York by Ms Giuffre, also known as Virgina Roberts.

She has claimed the Duke sexually abused her on three occasions when she was 17.

Her lawyer David Boies has said Andrew “cannot hide behind wealth and palace walls” and must respond to the allegations.

After travelling to Balmoral with his live-in former wife Sarah Ferguson, 61, another source revealed the Duke had been in a “buoyant” mood, despite finding himself in the face of a “tsunami of s***”.

The source added: “The plan, if you can call it a plan, is to say absolutely nothing in the face of these allegations.

"Andrew claims he hasn’t read the news and hasn’t kept up with what is happening around him, which anyone can see is not only catastrophic for his reputation but very damaging for the wider royal family.

“Whether he can keep it up remains to be seen but it’s not a good look by any stretch of the imagination.”

The Duke has continued to refuse to make a public statement following a civil lawsuit being lodged in on August 9 in New York seeking substantial damages and accusing him of “rape in the first degree”.

The US lawyers are now set to return to court on Monday to apply for more time in a case that legal experts say could go on for “up to five years”.

The Mirror understands Andrew’s lawyers will not be present at the hearing in New York.

Andrew has been named as a “person of interest” by investigators probing the sexual exploitation of young girls by Epstein and his former lover Ghislaine Maxwell – a long-term friend of the Prince.

Sources close to the investigations in the US have revealed a “total and utter lack of willingness to cooperate” from Andrew and his legal team to assist in the inquiries.

He added: “Ignore the courts at your peril.”

Prince Andrew has vehemently denied claims he had sex with Giuffre, and said he has no recollection of meeting her.

A spokesperson for the Duke of York offered no comment.