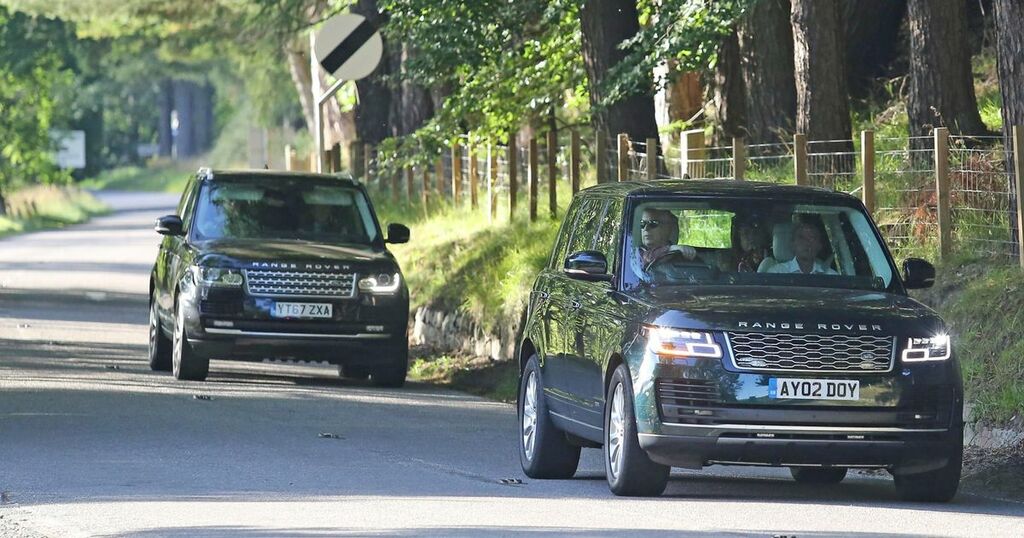 Prince Andrew has been spotted arriving at the Scots royal holiday home at Balmoral to allegedly 'avoid being served' sex assault papers.

Pictures show the Duke of York, known as the Earl of Forfar in Scotland, and ex-wife Sarah Ferguson arriving at the stately Aberdeenshire home in a plush black Range Rover.

The Queen is currently in residence at Balmoral on her annual holiday north of the border.

Andrew has been holed up at Royal Lodge, according to the Sun newspaper, where he has refused to go outside amid attempts by US lawyers to serve him the papers.

Security guards have been turning away the visitors.

He has yet to respond to Jeffrey Epstein's former sex slave Virginia Giuffre lawsuit in New York a month ago accusing him of "rape in the first degree".

She claims he was "forced to have sexual intercourse with Prince Andrew against her will" when she was just 17.

Andrew strongly denies the claims with the civil case due to begin on Monday.

Last month it was reported that Andrew faces paying £14million damages out if the claims are found proven.

Andrew, worth an estimated £32.5m, has repeatedly denied her allegations and says he has no recollection of meeting her.

If the court finds in her favour, any damages Andrew pays would effectively have to come from taxpayers.

The Sovereign Grant – money the royals get from the Government – has funded his lifestyle for decades.

Andrew stepped down from royal duties following his 2019 car crash BBC interview about his friendship with Epstein.