Prince Andrew has reached a multi-million-pound settlement with Virginia Giuffre, the Jeffrey Epstein victim who accused the royal of sexually abusing her while she was underage in the US.

The Queen’s disgraced son is set to pay more than £10m, including damages to Ms Giuffre and a donation to a charity “in support of victims’ rights,” to stop the case proceeding to a civil trial.

In a joint statement confirming the settlement, the prince said he regretted his association with late paedophile Epstein who he acknowledged “trafficked countless young girls over many years”.

The Duke of York, who had reportedly come under pressure from the Queen not to take the case to court, said he also accepted that Ms Giuffre was “an established victim of abuse” who had been subjected to “unfair public attacks” and said he “commends the bravery” of her and other survivors.

“Virginia Giuffre and Prince Andrew have reached an out of court settlement. The parties will file a stipulated dismissal upon Ms Giuffre’s receipt of the settlement (the sum of which is not being disclosed),” the statement reads.

“Prince Andrew has never intended to malign Ms Giuffre’s character, and he accepts that she has suffered both as an established victim of abuse and as a result of unfair public attacks.”

The statement continued: “It is known that Jeffrey Epstein trafficked countless young girls over many years.

“Prince Andrew regrets his association with Epstein, and commends the bravery of Ms Giuffre and other survivors in standing up for themselves and others.

“He pledges to demonstrate his regret for his association with Epstein by supporting the fight against the evils of sex trafficking, and by supporting its victims.”

The statement made no mention of the duke’s ties to Maxwell.

Nick Goldstone, head of dispute resolution at international law firm Ince, told The Independent that figure would include costs on both sides, the charitable donation and “one must presume, in addition, some damages”.

He said in settling the case the Duke had avoided the risk of an even higher bill if he lost the trial, adding: “The sky’s the limit with a New York jury in a case like this.”

Ms Giuffre’s legal team made clear previously that she was not interested in reaching a “purely financial settlement” and that she wanted to be “vindicated” in the case.

It is unclear how the prince will foot the bill, which some reports put as high as £12m.

But The Daily Telegraph said the Queen would help to pay Andrew’s legal bill using money from her private Duchy of Lancaster estate, which is worth an estimated £23m.

Buckingham Palace declined to comment on the settlement or on who would fund the payout on Tuesday.

“We have never commented on the funding of the duke’s legal matters and won’t be now,” a palace spokesperson told The Independent.

When reached for comment about the settlement, one of Ms Giuffre’s lawyers David Boies said: “I believe this event speaks for itself.”

Attorney Sigrid McCawley said in a statement that she was “very pleased” with the outcome.

“As a managing partner at a firm that has from its beginning acted upon the belief that the law should be marshalled to bring justice to the most vulnerable, I can say, without hesitation, that our representation of survivors upholds that tradition,” she said.

“I am very pleased with the resolution of Virginia Giuffre’s litigation against Prince Andrew.”

Ms Giuffre has long accused the duke of sexually assaulting her as a child on three separate occasions – once at Maxwell’s London home, once on a visit to Epstein’s private island Little St James, and once at Epstein’s Manhattan mansion.

She claimed that she was trafficked to the prince for sex by his former friends Epstein and convicted sex abuser Ghislaine Maxwell.

Ms Giuffre claimed that she was 17 when she had sex with the prince and that he was aware of her age at the time.

Andrew has vehemently denied the allegations. He has not been charged with any crime.

He claimed that he had no recollection of ever meeting Ms Giuffre – despite a now-infamous photo revealing him, Maxwell and Ms Giuffre in Maxwell’s London townhouse as a teenager. The prince has his arm around the teenager’s waist.

Ms Giuffre said the photo was taken back in March 2001 – on the first night of three that she claimed she was abused by the prince.

She said she had been at the Tramp nightclub in central London with Andrew, Maxwell and Epstein before they returned to Maxwell’s home.

The settlement comes after Ms Giuffre said she no longer had the original photo, meaning that the prince’s legal team could not access it, amid his suggestions it could be a fake.

The royal’s attorneys requested the original photograph in an attempt to cast doubt over the image’s credibility.

Ms Giuffre filed the civil lawsuit against Prince Andrew for battery and infliction of emotional distress in August.

The suit stalled in the courts as the duke’s legal team sought to dismiss it because of a $500,000 settlement the accuser reached with Epstein in 2009.

The terms of the settlement were that Epstein and his associates would be protected from any future legal liability – something Andrew claimed protected him.

A judge disagreed with the royal in January, allowing the case to proceed in the courts.

Prince Andrew was due to face a deposition under oath on 10 March before Ms Giuffre would give a statement under oath in April.

The trial was then scheduled to begin sometime from September onwards.

With the case heading to trial, the Queen stripped her son of his military titles and cast him off to fight the civil suit as a private citizen. He had already stepped back from his royal duties in 2019 with his reputation unravelling.

On Tuesday, an attorney for several of Epstein’s accusers called the settlement a “victory” for Ms Giuffre.

“We hail Virginia’s victory today. She has accomplished what no one else could: getting Prince Andrew to stop his nonsense and side with sexual abuse victims,” tweeted Lisa Bloom.

Andrew has long tried to distance himself from his former longtime friends Epstein and Maxwell.

The Duke of York was notoriously photographed visiting Epstein at his Manhattan mansion in 2010 – two years after the financier was convicted of sex abuse.

In an infamous interview with BBC’s Newsnight in 2019, he claimed he paid the paedophile a visit in order to break off their friendship in person.

He also made several bizarre claims refuting the allegations from Ms Giuffre, including that her account could not be correct because he has a condition where he cannot sweat and that he was dining at Pizza Express at the time that one of the alleged incidents took place.

In late December, Maxwell was found guilty of sex trafficking at her high-profile trial in New York.

Epstein died in his prison cell in 2019 while also awaiting trial on sex-trafficking charges. 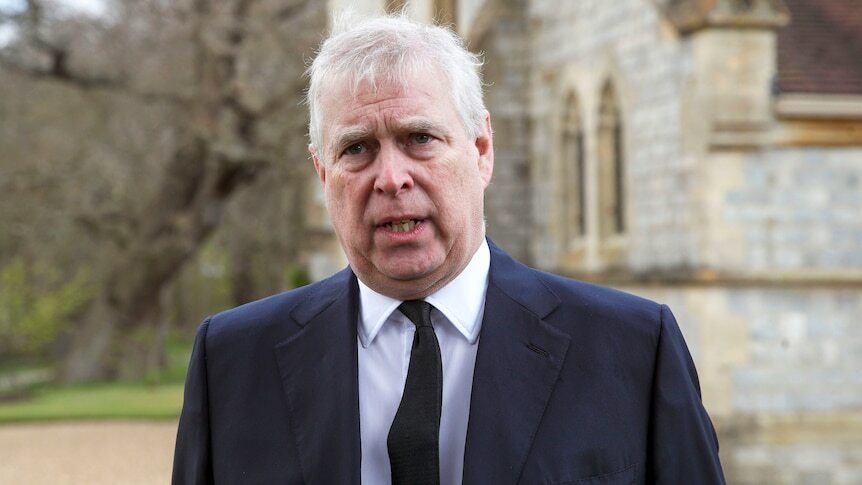 This blog is now closed.

Court documents show the Duke will make a 'substantial donation to Ms Giuffre's charity in support of victims' rights'.