Mr Albanese says the Department of Prime Minister and Cabinet is seeking legal advice from the solicitor-general.

Governor-General David Hurley confirmed he secretly signed instruments to allow Mr Morrison to administer other portfolios, "consistent with section 64 of the constitution".

The ABC understands then-health minister Greg Hunt agreed to Mr Morrison's joint position as a safeguard to incapacitation from COVID-19, but that Matthias Cormann was not told that Mr Morrison had appointed himself as joint finance minister.

Mr Morrison used his self-appointment to the resources portfolio, which was then held by Keith Pitt, to block a controversial petroleum exploration licence in December 2021.

"The people of Australia were kept in the dark as to what the ministerial arrangements were, it's completely unacceptable," he said.

"This is very contrary to our Westminster system. It was cynical and it was just weird that this has occurred."

Mr Albanese said it was a serious allegation.

In a statement, Governor-General David Hurley said it was not uncommon for ministers to be appointed to other departments, and that doing so did not require them being sworn in.

"The governor-general signs an administrative instrument on the advice of the prime minister," he said.

"The decision whether to publicise appointments to administer additional portfolios is a matter for the government of the day."

Dutton says he didn't know PM had appointed himself

Opposition Leader Peter Dutton said he was not aware of the former prime minister's decision to secretly give himself power to jointly hold at least three ministries.

"I wasn't part of that decision-making process and they're decisions that are within the domain of the prime minister," Mr Dutton said.

"I know as much as you do and I read about it in the paper."

The Liberal leader said the pandemic was an extraordinary time and would explain the reasoning for Scott Morrison taking responsibility for health and finance.

But he said the later self-appointment to the resources portfolio was different.

Mr Dutton said as far as he was aware Mr Morrison had not taken on the responsibilities of the Defence portfolio, which Mr Dutton held at the time.

"The Governor-General has issued a statement today and is a person for whom I have the utmost respect," he said.

"I have no doubt that he acted entirely appropriately."

Nationals leader David Littleproud, who served as agriculture minister under Mr Morrison, told ABC radio on Monday morning he did not know the former prime minister had appointed himself into several roles.

"If you have a cabinet government, you trust your cabinet."

Mr Littleproud said to his knowledge, the then-Nationals leader Barnaby Joyce was also not made aware of Mr Morrison's self-appointments.

"These are decisions of Scott Morrison. I don't agree with them, and I'm prepared to say that openly and honestly," he said.

Mr Morrison also used his self-appointment to the resources portfolio to overrule the then-minister to block a petroleum exploration licence off the NSW Central Coast.

Nationals MP Keith Pitt told the ABC he "certainly made inquiries" when Mr Morrison told him about the joint appointment, but ultimately accepted the move.

"I certainly found it unusual, but as I said I worked very closely with Scott through a very difficult period through COVID," Mr Pitt said.

"I'm just not going to throw him under a bus, I just won't.

"It was clearly something I was concerned about, as you would expect."

Former Labor leader Bill Shorten, who lost the 2019 election to Mr Morrison, said it was a bizarre decision by the former prime minister.

"To find out he was ghosting his own cabinet ministers, goodness me, he was off on a trip," Mr Shorten said.

"Honestly I've never heard of this, in World War II I'm not aware John Curtin swore himself in as defence minister … I don't know what was going through [Mr Morrison's] head.

"If he felt the need to do it, why not tell people? Why be secretive?"

Mr Albanese said he would not pre-empt the findings of the solicitor-general as to whether the former prime minister broke the law.

But he noted it was possible there were other secret appointments made by Mr Morrison.

Professor Anne Twomey, an expert in constitutional law, said it was "confusing" how Mr Morrison may have taken joint control of several portfolios.

Professor Twomey said there were already provisions for other ministers to take over portfolios if a minister was incapacitated, and so it seemed unnecessary.

"What on earth was going on, I don't know, but the secrecy involved in this is just bizarre," Professor Twomey said.

"You just wonder what's wrong with these people that they have to do everything in secret."

That's all for the press conference

To recap, Prime Minister Anthony Albanese says he will be seeking legal advice from his department after revelations Scott Morrison appointed himself to multiple portfolios.

Here's what we know:

The solicitor-general will also be providing advice.

"Perhaps this explains why we didn't order enough vaccines," he says.

"What we know is that this is a shambles and it needs clearing up and the Australian people deserve better than this contempt for democratic processes and for our Westminster system of government, which is what we have seen trashed by the Morrison Government."

Will the solicitor-general look into this?

The Prime Minister is taking questions.

He was asked if the solicitor-general will look into these claims regarding Scott Morrison, here's what he says:

"I have asked the Secretary of the Department of Prime Minister and Cabinet," he says.

"We will be seeking advice from appropriate people including the Solicitor-General about all of these issues.

I'll be getting a full briefing this afternoon. This is dripping out like a tap that needs a washer fixed and what we need is actually to get the full flow of all the information out there and then we'll make a decision about a way forward here.

"But these circumstances should never have arisen."

'Nothing about the last government was real, PM says

Prime Minister Anthony Albanese says there is an 'absolute need' for clear transparency.

"This is a government of Australia where the people of Australia were kept in the dark as to what the ministerial arrangements were."

He says he will have briefings on the situation when he returns to Canberra this afternoon.

"A whole lot of questions arise from this," he says.

"What did Peter Dutton and other continuing members of the now shadow ministry know about these circumstances?

You can watch the press conference here

You can watch it here:

Anthony Albanese is speaking in Melbourne

Prime Minister Anthony Albanese is speaking to media in Melbourne.

He is expected to discuss the government's plans to investigate claims that former prime minister Scott Morrison had secretly sworn himself into three ministerial positions in the height of the pandemic.

There are claims Mr Morrison swore himself in as joint health, finance and resources minister.

Good morning, I'm Shiloh Payne and I'll be taking you through the latest updates. 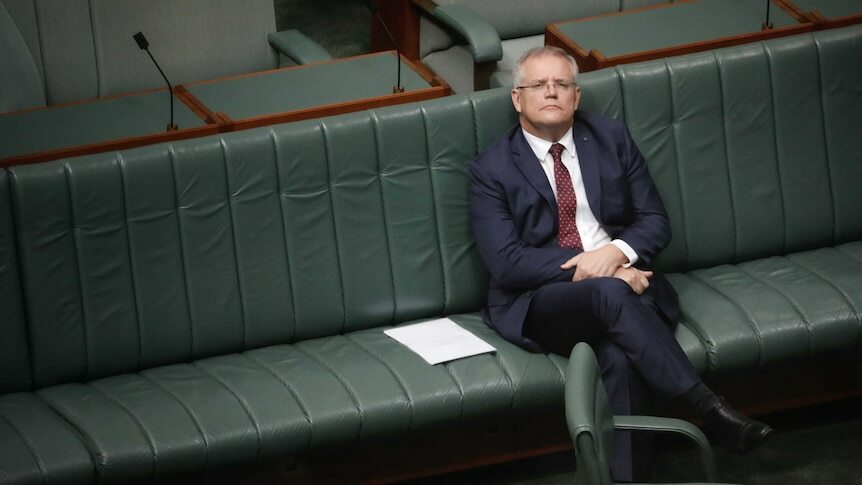 ABC News
From analysis to the latest developments in health, read the most diverse news in one place.
Anthony Albanese reveals former prime minister Scott Morrison secretly appointed himself to five ministries in power grab

Anthony Albanese accuses Scott Morrison of orchestrating an "unprecedented trashing of democracy", revealing the former PM secretly appointed himself to…

Crikey
One place to find news on any topic, from hundreds of sites.
Australia's PM says former PM Morrison took on secret ministerial roles during COVID