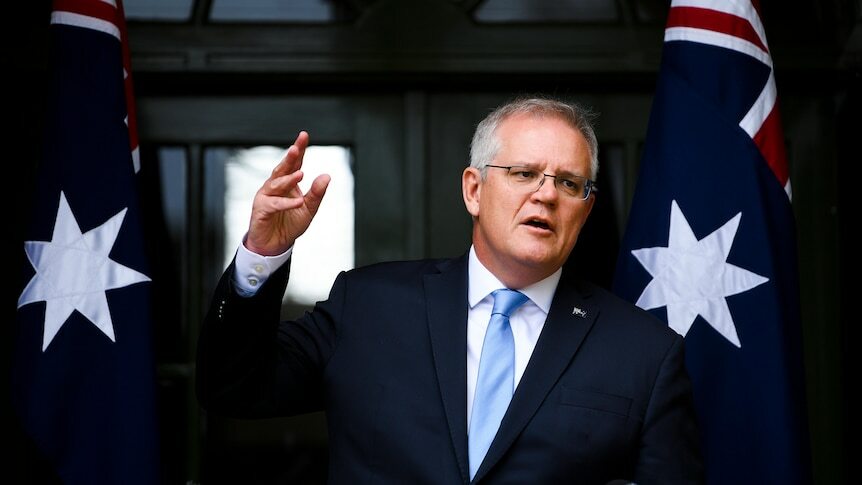 The Prime Minister says the states have had 18 months to ready themselves for COVID-19 surges in hospitals, and any struggling with the strain have failed to manage the problem.

The country's state and territory leaders have called on the Commonwealth to provide "crisis funding" to hospitals ahead of COVID-19 restrictions easing as the country hits its vaccination targets.

The states fear a hospital system already under strain could buckle if COVID-19 cases rise, with increased payments to manage the costs not arriving for several years.

But Prime Minister Scott Morrison said he had handed out enough cash, and states not ready had failed to prepare.

"You've got to prepare for what's coming," Mr Morrison said.

"The pandemic has been running a long time now.

"The work that needs to be done frankly should've been done for the last 18 months."

Mr Morrison said the states already dealing with outbreaks appeared to be managing the extra pressure on hospitals.

"New South Wales and Victoria have been able to plan for the COVID surge, they're in the middle of it, they have the same funding arrangements as any other state and territory, but they're dealing with it," he said.

"We're seeing stresses on hospital systems in other states and territories which have nothing to do with COVID."

Queensland Premier Annastacia Palaszczuk has warned her state's hospitals need more capacity to deal with a COVID-19 outbreak, and she may keep borders closed even once the state reaches its vaccination targets if funding is not increased.

In Western Australia, where there have been no local cases of COVID-19, elective surgeries have been postponed amid unprecedented incidences of capacity emergencies.

The Commonwealth has flatly rejected calls for more funding.

Mr Morrison said growth in COVID-19 cases would undoubtedly place extra stresses on hospitals, but that modelling had already been done to ready the system.

"In fact, the demand has pitched below that."

The government argued it had provided a 71 per cent increase in hospital funding since coming to government in 2013, while the states over the same time period had increased funding by just 44 per cent.

The Commonwealth has spent an extra $6 billion on the health system through the COVID-19 pandemic.