Prime Minister Scott Morrison says gay students are not being expelled from religious schools, doubling down on re-introducing the failed religious discrimination bill without extra protections for gay and transgender students.

The government attempted to pass the legislation earlier this year but shelved it after five of its own MPs crossed the floor to vote with Labor and the crossbench on amendments that bolstered the sex discrimination bill to give transgender students extra protections.

Mr Morrison had promised extra protections for gay students to accompany his religious discrimination bill but has since walked back from the pledge.

"We've been having this conversation for about the last four years, and on each occasion it has been presented that apparently students are being expelled each and every day, each and every week, or each and every year," Mr Morrison said.

When pressed to reveal how much time there would be between the two bills, Mr Morrison would not specify.

"They are different issues and that is my view," he said.

"They're both important issues and the government's position is they'll be dealt with sequentially."

Earlier this year, just before the legislation was introduced to parliament, a Brisbane school was criticised for sending a letter to parents demanding they sign a contract affirming students identify as their birth gender and that homosexuality was "sinful".

The contract was withdrawn a few days later after backlash from parents and the wider community.

At the time, the Prime Minister said he did not support the controversial contract and reiterated his promise to protect gay children from discrimination.

Labor leader Anthony Albanese today pointed to a letter in which Mr Morrison promised to protect gay students at the same time.

"If people don't think some young people are discriminated against and vilified, then that just does not reflect reality."

While being questioned by journalists today, Mr Morrison took aim at Labor for not supporting the legislation in its original form, rather than admitting his own party was split on the issue.

"I'm quite determined," Mr Morrison said. "People have learnt that about me. I don't give up on things.

"I had hoped to pursue these issues in a bipartisan way. I'd very much hoped to do that."

"But the issue was hijacked and the outcome was thwarted … it was hijacked by the Labor Party and the crossbench."

The Prime Minister was asked if he thought the moderate Liberal MPs who crossed the floor had changed their minds, or if he had written them off because they were under threat in their seats from independents and Labor.

Moderate Liberal MP Katie Allen, who was one of the five Liberals who crossed the floor earlier this year, today would not rule out doing the same again, if there was no protection for gay and transgender students.

"I will be very clear: I have a very strong view on this and I will not be changing my position," she said.

"I believe that you can protect religious freedom and protect gay and trans students at the same time."

Federal Labor supports new religious discrimination laws but Mr Albanese has not given a specific time frame for any accompanying protections for gay and transgender students. 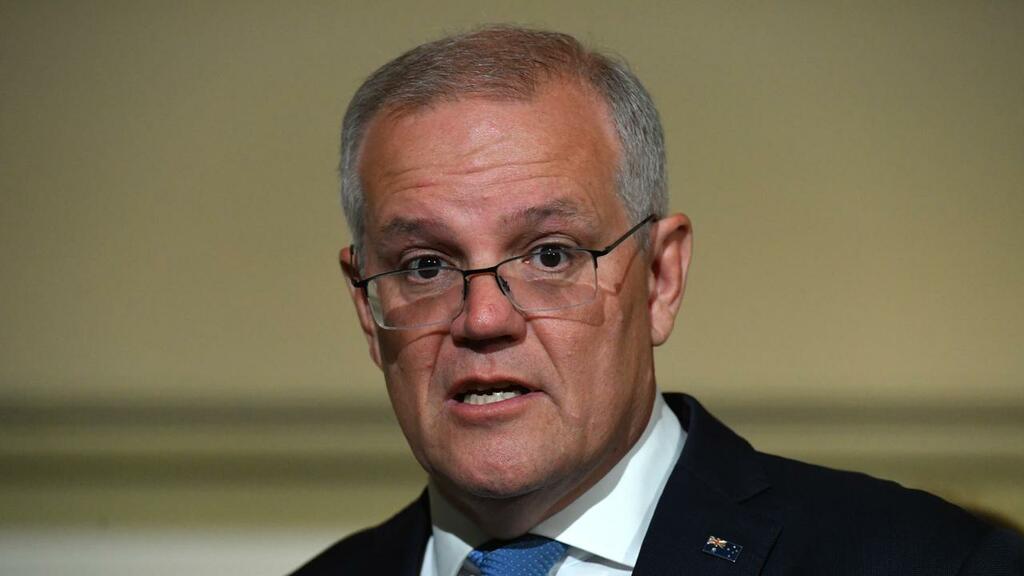 Crikey
View from The Hill: Labor widens leads in Newspoll and Ipsos, as pre-polling starts

The opposition has increased its winning margins in both Newspoll and the Australian Financial Review’s Ipsos poll, as Scott Morrison…

The prime minister says there is no evidence LGBT students are being expelled over their sexuality, as religious discrimination laws…