Primary contact of Nipah victim in Kollam shows no symptoms 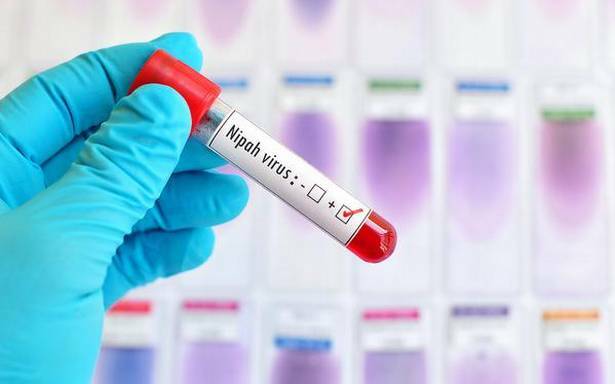 The primary contact of the Nipah victim under observation in the district has not developed any symptoms and all precautionary measures are in place to tackle emergencies, the Health officials said on Thursday. The department had stepped up surveillance and issued an alert after a Kollam resident was identified as one of the primary contacts of the deceased 12-year-old boy.

“We have placed a doctor under observation as he had examined the boy at Kozhikode. He had reached Kollam before the boy’s samples tested positive for Nipah. He drove alone in his car to Kollam and since his family members had tested positive for COVID-19, he remained in quarantine after reaching home. “He had used mask, shield, and gloves while examining the patient and is currently asymptomatic,” said Deputy DMO R.Sandhya.

The department has made all arrangements to shift the person to Thiruvananthapuram Medical College Hospital if he develops symptoms.

The officials have started tracing travellers and a couple of ambulance drivers from Kozhikode with high fever have been already shifted to MCH, Thiruvananthapuram. “Since the COVID-19 protocol is in place and people are wearing masks, the risk level is not high. Those with respiratory issues and the persons taking care of them should use N95 masks. Nipah is a zoonotic disease transmitted from animals and infected persons. Health workers should remain cautious and the public should avoid self-medication for fever,” she said.

The incubation period of the virus is 4 to 14 days and sometimes it will take around 21 days for the infected persons to develop symptoms like fever, headache, vomiting, fatigue, dizziness, and fainting. Though very rare, symptoms including cough, stomachache, nausea, blurred vision, convulsions, disorientation and delirium are also seen in patients. The infection can lead to encephalitis or myocarditis leaving the patients comatose.

The department has urged the public to stay alert as Nipah treatment is complicated with a very high mortality rate. Since fruit bats spread the disease, the officials have asked the public not to go near bat habitats and avoid eating damaged fruits. “Do not buy fruits with broken skin and use them after washing with warm saline water. Wearing masks, maintaining social distancing, and washing hands are also mandatory.”

The department has opened a Nipah control room in Kollam and training sessions will be conducted for doctors and ASHA workers. The public can reach the department by dialling 0474-2797609.