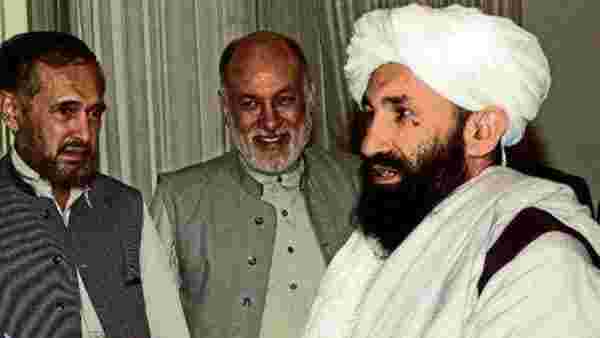 A week after the last US soldier left Afghanistan, the Taliban announced the formation of a new government in Kabul. Far from an ‘inclusive cabinet’, its roster of ministers looks partly like the Who’s Who of a global ‘Most Wanted’ list. Ultra hardliners of the Taliban’s early years who gained notoriety under its first regime back in 1996-2001 have taken centre stage. Mullah Hasan Akhund, who is on a United Nations terror blacklist for his past record, will be Prime Minister. Among other actions of the Taliban, he is said to have had a role in the 2001 destruction of the country’s giant Bamiyan Buddha statues half a year before Al-Qaeda’s terror strikes of 9/11 that led the US to oust it from power. Mullah Yaqoob, son of its then chief Mullah Omar, has been named defence minister, while Khalil Haqqani, a designated global terrorist with Al-Qaeda ties, is minister for refugees. Of top concern for India, Sirajuddin Haqqani, recognized as a proxy of Pakistan, will run the Afghan interior ministry, in spite of a $5 million bounty on his head. Mullah Abdul Ghani Baradar, who negotiated the US pullout, is deputy PM. There are other men from the Haqqani Network. No women feature.

The imprint of Pakistan’s deep state on the Afghan administration is clear. Shortly earlier, the chief of its Inter-Services Intelligence, Lieutenant-General Faiz Hameed was in Kabul with an agenda that seemed to include settling squabbles over power allotments. If that was not brazen enough, the Haqqani portfolios leave us in little doubt about the potential use of Afghan territory as ‘strategic depth’ for covert hostilities aimed at India. Pakistani forces are even reported to have provided Taliban fighters air support as they captured the country’s last hold-out of the Panjshir Valley. The US withdrawal was expected to put New Delhi in a spot, and it has. The immediate dilemma for New Delhi would be over how to engage Kabul, by which means, and at what scale. Staying aloof could jeopardize our investments and deprive us of communication channels as well as an ear to the ground, but diplomatic ties would confer on the Taliban a legitimacy they don’t deserve.

New Delhi has responded gingerly to feelers from Kabul. Should serious multilateral talks get underway to recognize Taliban rule in lieu of commitments on their conduct, we could join the process and insist on snap-off penalties for any breach. In terms of geo-realpolitik, however, India should try pushing Afghanistan towards geopolitical neutrality, which is an idea observed to hold appeal with Afghans weary of their country being treated as a theatre of war for imperial designs. If ISI machinations serve Chinese purposes, for example, their public exposure could get in the way. While Beijing’s relations with the Taliban have surely warmed, China’s Xinjiang policy could prove thorny for both, even with ISI mediation. As for the threat of violence emanating from Afghan soil, for which plotters elsewhere may have plausible deniability, Indian agencies could perhaps impress upon Taliban leaders how terror plots go against its need of neutrality—for stability, a cause that would be set back if Indian forces were to deploy drones now being acquired for India’s defence. With armed drones hovering in the backdrop as deterrents, it may be possible to formulate a package of hard and soft incentives for Kabul not to get played by others. Such a strategy will likely be a path strewn with pitfalls. But mere spectatorship is too risky an option.