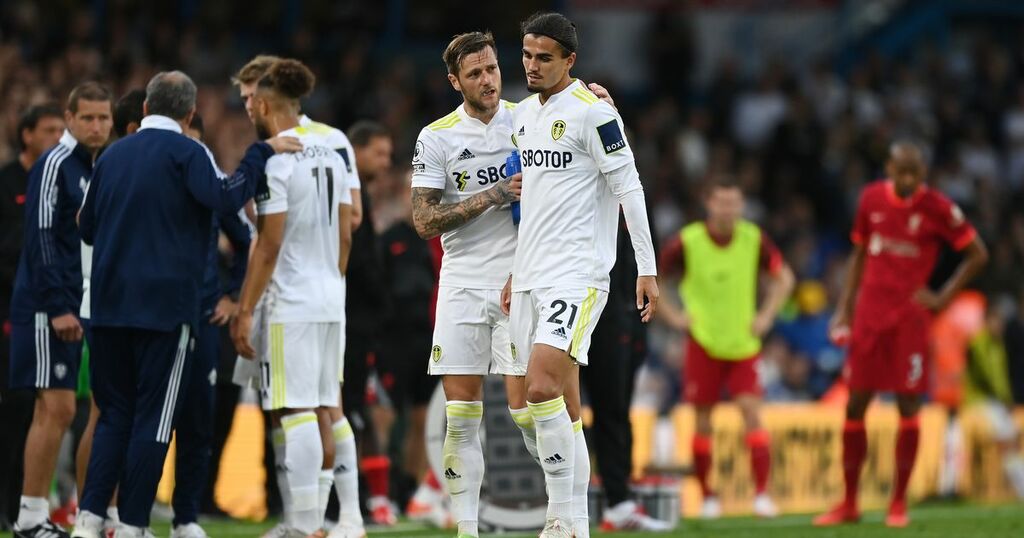 The winless run stretches out to a key Newcastle United test

Marcelo Bielsa’s Leeds United have not played four league matches in a row without winning since the collapse at the climax of the 2018/19 campaign.

The final four regular-season matches of that first campaign under Bielsa saw the Whites fall into the play-offs where we all know what happened with Derby County.

Since then, league wins, even in the top flight, have never been too far away. Poor form has always been arrested by Bielsa’s United before it has ever lurched into a crisis.

A win at Newcastle United on Friday night is important. The club is not in crisis, but something to boost spirits and nip some of the more extreme analysis in the bud would not go amiss.

The Magpies are one of only three teams in the Premier League table with fewer points than United from the opening four matches, and Burnley could reduce that number to two by avoiding defeat tonight.

Visiting a raucous St James’ Park will not be easy, but the unease surrounding the Tyneside outfit has to make them a prime opportunity for Bielsa’s boys to shake the malaise and make the 21/22 statement we're all waiting for.

Nothing has seemed impossible for the Whites under the Argentine, which is why you never quite ruled out turning over the 2020 champions yesterday, but few can say they were surprised to see the final result.

The money spent recruiting and paying the Liverpool squad is eye-watering when compared with the numbers behind a Leeds team playing Championship football 14 months ago.

However well United finished last season, however high that boosted hopes for this season, Liverpool and Manchester United are not the opponents you circle for survival points.

The Whites go out to beat every side, regardless of reputation, but on that 19-team Premier League scale, they are not at the ‘expect to beat’ end.

Neither are Everton, a wily top-half out, but Burnley is the only one of the opening four which should provoke realistic causes for concern.

It was a challenging start on paper and so it has proved. Newcastle, Watford, Southampton, Wolverhampton Wanderers and Norwich City are on the horizon. These are the teams Leeds must take points from to remain a mid-table outfit.

The red card and horror injury

By late last night, Liverpool had released a statement confirming Harvey Elliott was stable, out of Leeds General Infirmary and set for surgery in the coming days.

There will be some relief Elliott was dealt with quickly, professionally and in condition to depart West Yorkshire on the same night.

However, while the 18-year-old will be pleased to kick a ball before the season is out, Pascal Struijk will be available again by October 2 at the latest.

It could be even sooner if United choose to appeal the dismissal and have it overturned, but either way, the centre-back will be back on the field far quicker than Elliott.

What is absolutely critical in this situation is Struijk’s own welfare and recovery from this episode is not forgotten.

While Elliott is the injured victim with plenty of his own scars to tend to, it could be easy to overlook the attention Struijk is sure to need.

At 22, Struijk has likely never seen someone injured in such a way by one of his tackles before. It was evident on the pitch how distressed he was by what had happened.

To their credit, captains Virgil van Dijk and Liam Cooper spoke to Struijk, put arms around him and tried to keep his chin up in desperate circumstances.

A section of the Liverpool support, fiercely defensive of their stricken teen, was never likely to let his trudge towards the tunnel go by without a word or two.

While the longer-term impact of this episode on both players is to play out over the coming days, weeks and months, the immediate question is whether it was a red-card offence.

Referee Craig Pawson allowed the match to play on. It was only stopped by the severity of Mo Salah’s reaction and the swift response of the visiting medical staff, who ignore the whistle to tend to a helpless Elliott.

Some time had even passed while players and staff gathered around Elliott before Pawson ultimately did brandish the red card, no doubt with Stockley Park in his ear.

In real-time, from the back of the John Charles Stand, it looked like a clean tackle from Struijk with the unfortunate follow-through of his trailing leg causing the injury.

Asked if he would consider appealing, Bielsa said: “For me, the referee decides. He has plenty of resources to make the decision.

“I don't know why the decision wasn't immediate and it was after, but I never like to condition the decisions the referee makes.”

Andrea Radrizzani would tell Sky Sports after the match he did not feel it was a red card, which suggests there will at least be a discussion around appealing on Monday morning.

“The accident, it was hard for him and I wish the boy a full recovery and hope he can recover soon, but this is part of football,” said Radrizzani.

“To be honest, if you watch the video, you see Struijk slide with his left foot on him, and it’s accidental. It was not a premeditated tackle.”

The importance of beating Newcastle on Friday surely makes appealing the red card a formality with the chance to have Struijk available.

Time will tell very quickly on an appeal, but longer-term, Struijk and Elliott each need support as they look to move on from a horrible afternoon.

Once more, Bielsa will do a headcount of his centre-backs on Thursday before the trip to Newcastle and rue his luck. They always seem to miss out at the same time.

On August 21, of Robin Koch, Bielsa said: “He has a pain in his pubis and he didn't manage to recover from this situation in time.”

“In time” would suggest the German international had a chance of making that Everton game, but we are another three weeks down the track and he is still out.

Diego Llorente then limped off, yet again in a match, with another muscular injury everyone hopes will only require a short recovery.

That was before Struijk’s well-documented red card, which, barring an appeal will see him out until the Watford match on October 2.

Don’t ignore Liam Cooper’s yellow card situation either. That’s three in four matches now. If he picks up two more before Boxing Day he will face a one-game ban.

It seems a big ask to expect a combative centre-back to avoid two cautions across the next 15 matches. It may be a better target to avoid reaching 10 before Christmas, which would mean a two-game ban.

Assuming Llorente and Koch do not recover before Friday and Struijk remains banned, Luke Ayling is sure to come inside and partner Cooper with either Stuart Dallas or Jamie Shackleton drafted into right-back.

It’s not a problem or the chopping and changing Leeds can do with right now while they chase that first league win of the season.

Newcastle have played with two strikers for the majority of this season so far, so Kalvin Phillips or Charlie Cresswell could even be drawn into a back three if Bielsa is down to the bare bones.

It seems a long way down the list of takeaways from Sunday’s match, but Rodrigo got hooked at the break again.

The record signing was pulled at Old Trafford during the break too, while his 72 minutes against Burnley did little to quell his 2021/22 struggles after a lacklustre showing in the Crewe Alexandra tie.

Everyone wants Rodrigo to work and his career history shows there is a player there, but right now it is not working in central midfield, especially against high-class opposition.

After missing that glorious chance in the fifth minute, Rodrigo faded again, totally bypassed as Liverpool’s midfielders took a stranglehold of the match in the centre.

“As the first half wore on, we started to lose control of the ball,” said Bielsa. “It was difficult for us to recover it.

“When we recovered it, it was difficult to put passes together and I've already said the way Liverpool planned their game allowed their creative players to shine, and the way I proposed the game did the opposite because our creative players didn't perform.”

A string of half-time removals has proved the writing on the wall for some players in the past.

Ezgjan Alioski, Jack Harrison and Mateusz Klich are players who have previously found themselves out of the starting line-up after a few 45-minute pulls by Bielsa.

The head coach has been fiercely defensive of Rodrigo whenever asked about his qualities and troubles since arriving from Valencia. How long will he persist? A run of easier fixtures, on paper, may see him shine once more.

Meanwhile, Adam Forshaw is recovering from a muscular issue after being absent from both the under-23s and first-team at the weekend.

Fingers remain crossed that does not escalate after so much progress in recent months.

James finally off the mark

It was, of course, not the circumstances he would have hoped for. James came on with the team two goals and a man down. There was no evidence of damage limitation though, as United chased the game.

Inevitably, James’s team-mates tired as the game wore on and there were not quite the openings he would have wanted, though his reception pre-match, warming up and coming on will have warmed him.

Better days ahead for the winger.