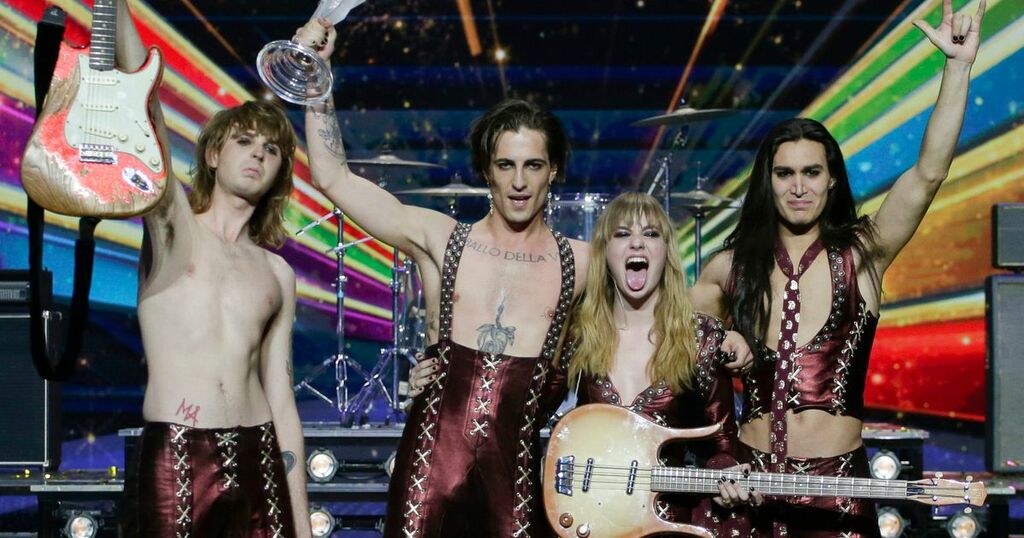 Irish Independent
One subscription that gives you access to news from hundreds of sites
What are last year's Eurovision winners Måneskin doing now?

Salon
Use this marinade for juicier lamb chops

Måneskin’s win at last year’s Eurovision was a high point for the Italian rockers. The glam-rock band have gone on to become big names on the international music scene ever since their song Zitti E Buoni won the European song competition last year with a massive 524 points.

Their popular track scooped the top award at Sanremo Music Festival. It also became the first Italian-language song in 30 years to enter the UK Top 20, gaining worldwide fans who fell in love with their pop beats mixed with 70s funk influences.

One person the Italian band seemingly couldn’t win over was President Emmanuel Macron. According to Eurovision commentator and French broadcaster Stéphane Bern, the French president voiced discontent in a text he sent him, demanding that the Italian band be disqualified.

The reported reason he gave was the lead singer Damiano David's alleged drug use on the night of the competition. David's head movements apparently led viewers to wrongly conclude that he had been taking drugs.

At the time of the alleged presidential text, Barbara Pravi, France’s entry was just behind Måneskin in second place. Bern said: “It was a big, big mess.

"I received so many messages on my mobile. Even one from the French president, telling me Måneskin had to be disqualified, saying, 'You have to do something, please.'

"The French minister for European affairs who was in Rotterdam for the contest, also sent me messages saying, 'What should we do? Please do something.'

"But what could I have done? I wasn't hosting, I'm not the President of the Eurovision!”

Delphine Ernotte Cunci, chief executive officer of France Télévisions and the President of the European Broadcasting Union is reported to have gotten involved in order to diffuse the situation. It is thought that Cunci, who is also French, advised people to keep calm and carry on.

Bern said: “Delphine Ernotte said that if we win, we want to be the winners on merit, not because we have disqualified the first place act. So we didn't make any buzz or protest around that."

Måneskin's lead singer did take a drug test whose results proved that no drug use occurred. In a cheeky swipe at naysayers, the band even wrote a song MammaMia that referenced post-Eurovision drug allegations.

Bern is keen to point out President Emmanuel Macron’s enthusiasm for the European competition. She said: "He's always watching Eurovision. It's a very patriotic thing to do."

Emmanuel MacronMåneskinEurovisionDamiano David
Sign up to read this article

Irish Independent
One subscription that gives you access to news from hundreds of sites
What are last year's Eurovision winners Måneskin doing now?