President Biden's Job Approval Dives — And It's Not Just Afghanistan 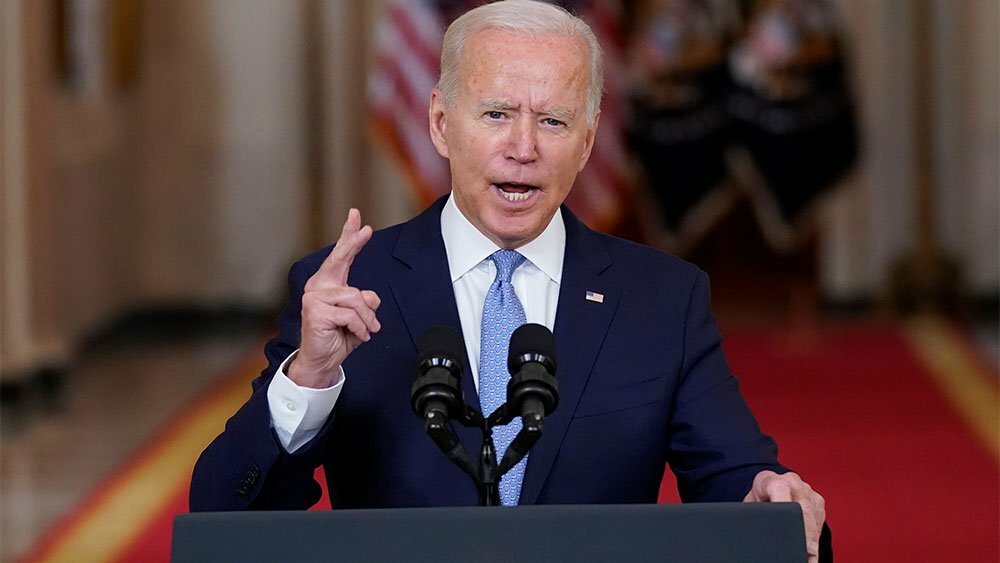 President Biden's job approval rating fell to earth over the past month, amid a tumultuous exit from Afghanistan, Covid resurgence and rising household financial stress, the September IBD/TIPP Poll finds.

IBD/TIPP's Biden job approval level tumbled to 50.7 — the share of adults who approve as a percentage of those who offer a firm opinion — from 60.6 in early August. Biden's job approval rating started at 64.6 in February, following his inauguration.

President Biden came into office inoculated from hyperpartisanship by the arrival of the vaccine and a second wave of federal fiscal support. But his immunity appears to have lapsed amid growing doubts about his leadership. Now, 40% of adults say Biden is providing weak leadership, up from 32% last month. Meanwhile, 37% characterize his leadership as strong, down from 46%.

The September IBD/TIPP Poll finds that 44% of adults approve of how President Biden is handling his job, down from 52% in August. Disapproval of Biden's job performance rose to 43% from 34%.

Biden's job approval rating among registered voters slumped to 47% from 57%, as disapproval jumped to 45% from 34%. Notably, registered independents now disapprove of Biden's job performance by 54%-35%, after approving 50%-37% in August.

Biden's job-approval plunge comes at a pivotal time. Congress is trying to push through the social-spending part of Biden's Build Back Better agenda via a budget reconciliation package costing $3.5 trillion. Yet a few centrist Democrats are pledging to cut the bill down to size. Biden's waning popularity, particularly among independents, may encourage them to hold firm.

Just 31% of American adults rate Biden's handling of the withdrawal from Afghanistan as good or excellent, while 52% say it was poor or unacceptable.

Amid the explosion of new Covid infections and hospitalizations due to the delta variant, approval of Biden's handling of the pandemic narrowed to 46%-35% from 53%-28% the prior month.

Fading support for Biden's economic performance is coinciding with rising financial stress. The IBD/TIPP Financial Related Stress Index rose 1.7 points to 64.9 in September. That's the highest level since December, before the second round of stimulus checks went out. Readings above 50 indicate rising stress. The financial stress index fell to a Covid-era low of 56.8 in early April, after most Americans received their third stimulus check.

Rising stress partly reflects the expiration of pandemic-related jobless benefits, including an extra $300 in weekly support. Those programs had already expired in 26 states, where governors spurned the aid in order to coax the unemployed back off the sidelines as businesses struggle to find enough workers. Pandemic jobless benefits expired nationwide on Labor Day. As of mid-August, the remaining states were filling 9 million weekly pandemic-related claims.

Those benefits are expiring as Covid has slowed hiring. Last Friday's jobs report showed the U.S. economy added back just 235,000 jobs in August. However, wage growth accelerated to 4.3%.

The end of the CDC's eviction moratorium following the Supreme Court's Aug. 26 decision also could put millions of Americans in jeopardy of losing their homes.

The surge in inflation also has likely contributed to rising financial stress. The consumer price index rose 5.4% from a year ago in July, matching June's rise for the biggest annual gain since 2008. Prices for food away from home rose 0.8% in July, the biggest monthly gain in 30 years.

The 9.9-point monthly drop in Biden's job approval, now 50.7, was the largest fall since April 2001. That month saw President George W. Bush's honeymoon approval rating fall from a lofty 70.7 to a still-strong 58.3.

Biden's approval remains slightly above President Trump's peak job approval. Trump's approval rating got as high as 50.1 in April 2020, in the early weeks of the coronavirus lockdown after Congress had passed a massive rescue package. But he exited office with a 43.5 approval rating in the January IBD/TIPP Poll.

President Obama's IBD/TIPP job approval, which started at 75.3, was at 58.4 at this point in his presidency, but continued to soften as he ramped up his health care push.

Among non-investors who are registered to vote, 49% disapprove of Biden's job performance, while 42% approve. That reverses August's 50%-39% approval.

However, investors continue to back Biden, 55%-38%, though much more narrowly than August's 69%-26% split. IBD/TIPP counts as investors those respondents who say they have at least $10,000 in household-owned mutual funds or equities.

President Biden has called for major increases in tax rates on capital gains, dividends and corporate income. However, investors have yet to pay much attention to those proposals, with Wall Street analysts casting doubt on the extent of tax hikes Biden will be able to pass.

Another factor boosting Biden's support among investors is the big shift among affluent Americans toward the Democrats in recent years.

Make sure to read IBD's daily afternoon The Big Picture column to get the latest read on the prevailing market trend and whether investors have a green light to buy quality stocks flashing a buy point.

The September IBD/TIPP Poll reflects online surveys of 1,305 adults, including 1,044 registered voters, from Sept. 1-3. The results come with a credibility interval of +/- 2.8 points.